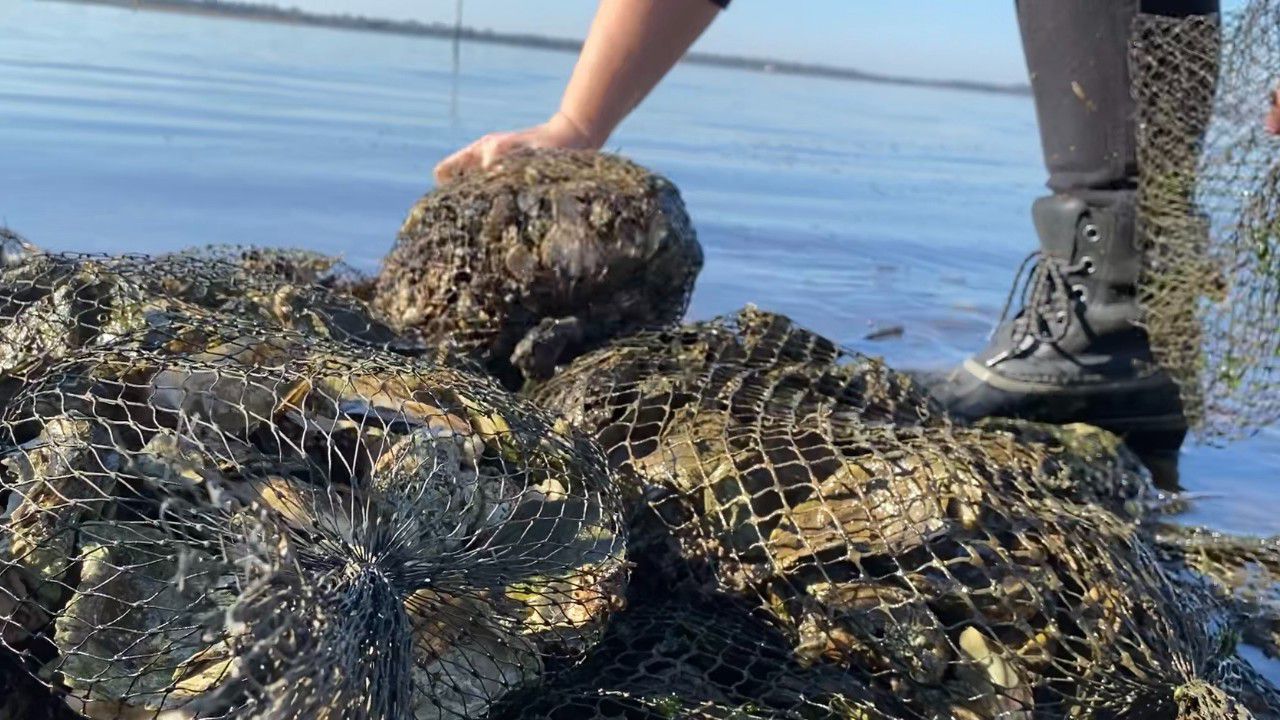 WILMINGTON, N.C. — For the past three years, The North Carolina Coastal Federation has been working to restore 50 million oysters to the coast in the hopes of growing the dwindling population. The initial goal was to create 50 acres of oyster reefs and have one million oysters on each acre.

“We want to be the Napa Valley of oysters here,” says Bonnie Mitchell,  a coastal education coordinator with the Coastal Federation. “We have such a valuable, wonderful resource, but unfortunately over the past 100 years we've seen those oyster populations decline about 90%.”

They used recycled oyster shells to start the reefs and then allowed wild oysters to naturally repopulate. When they took inventory at the end of 2020, they were shocked to find 140 million oysters growing on the new reefs, nearly tripling their goal.

The project is part of a larger initiative to improve the environment and the economy in North Carolina through something as small as an oyster. Oysters filter 50 gallons of water a day, so these 140 million oysters are filtering a total of 7 billion gallons of water each day – keeping waters pollution free and creating a safe habitat for many creatures. Cleaner waterfront in turn increases the tourist industry in the state and encourages people to visit here.

The federation is not allowing these oysters to be harvested until they've grown a bit more and instead encourages people to visit the Oyster Trail, which is 37 different places on the coast that play a role in bringing oysters from the tide to the table. The trail includes seafood markets, oyster plots, and local restaurants known for their shellfish.

“Having folks understand the importance of oysters is really vital to their success and I believe that's where the N.C. Oyster trail really comes into play here,” Mitchell says.