NEWSLETTERSign Up For Our Daily Newsletter - Your North Carolina
WATCH NOWExploring Your Health with Erin Billups
COMMUNITY CALENDARAdd An Event to Our Calendar
NEW PODCAST EPISODEHelms vs. Hunt: Comparing One of NC’s Most Intense Debates to Today
GET OUR NEW APPOur new Spectrum News app is the most convenient way to get the stories that matter to you. Download it here.

MATTHEWS, N.C. — 9-year-old Advhik Pradeep knows a lot about gardening. His backyard is full of plants, fruits, and flowers he’s been growing for the last several months.

After being stuck in the house due to the coronavirus pandemic, Pradeep became pretty bored and soon came up with an idea.

He thought about selling lemonade or cookies, but ultimately decided to transform his love of gardening into his brand new business. From that idea, The Little Farmer was born. 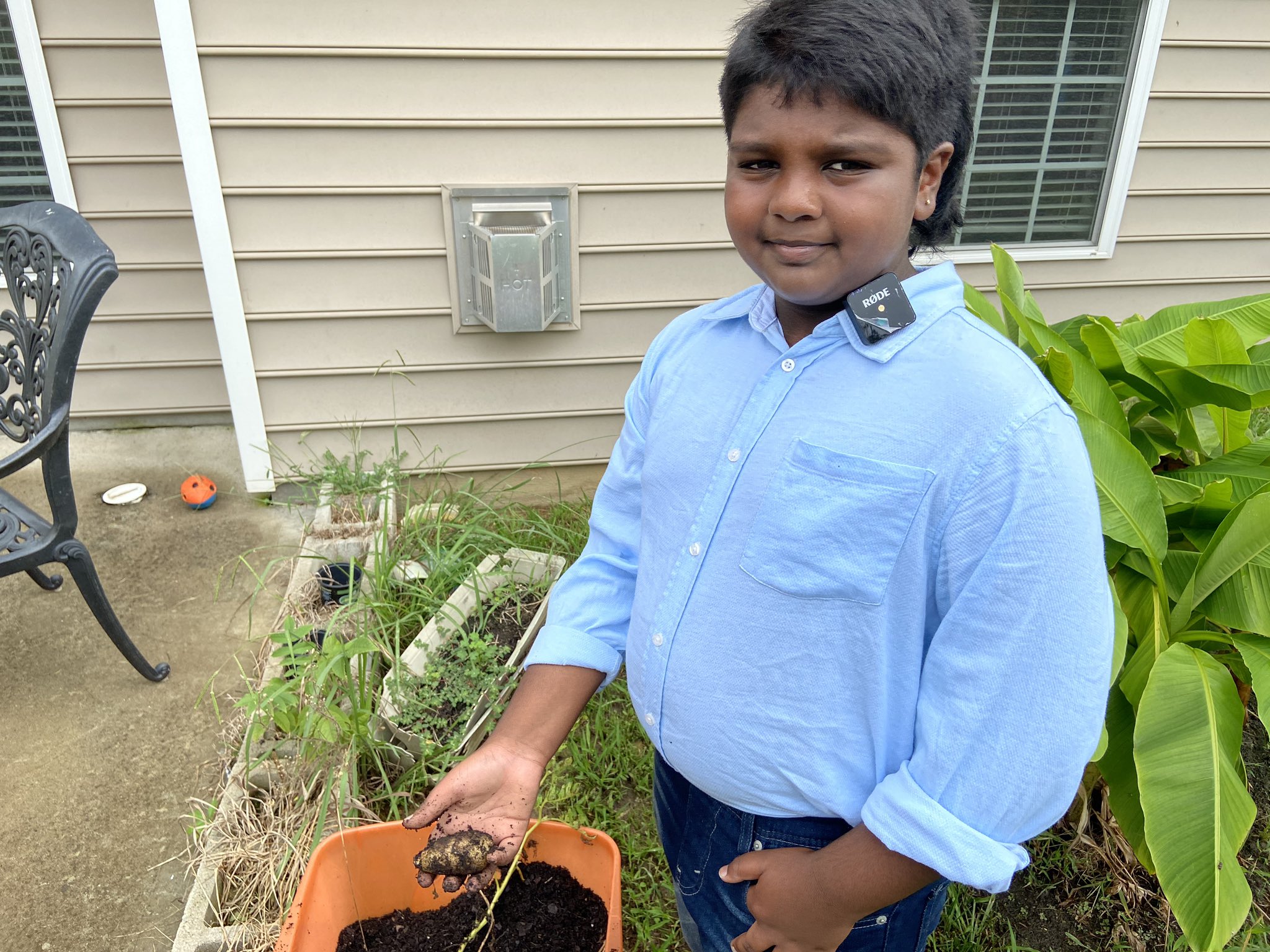 Every other Sunday he sells his produce and plants outside his home. A portion of his money is also donated to No Kid Hungry North Carolina.

“I was watching the news and they said if you go to some schools they give you free cafeteria lunches, so now that some people don’t have that they don’t have enough money for food," Pradeep said. "So we can donate to them and they can buy food for them.”

He began selling his produce and plants in May, and says so far he’s been able to raise over $100 for the organization.

As Pradeep works to balance his business and school, he says his passion for plants and produce is something he could see himself doing long into the future.

You can check out his Facebook page, The Little Farmer for more details.