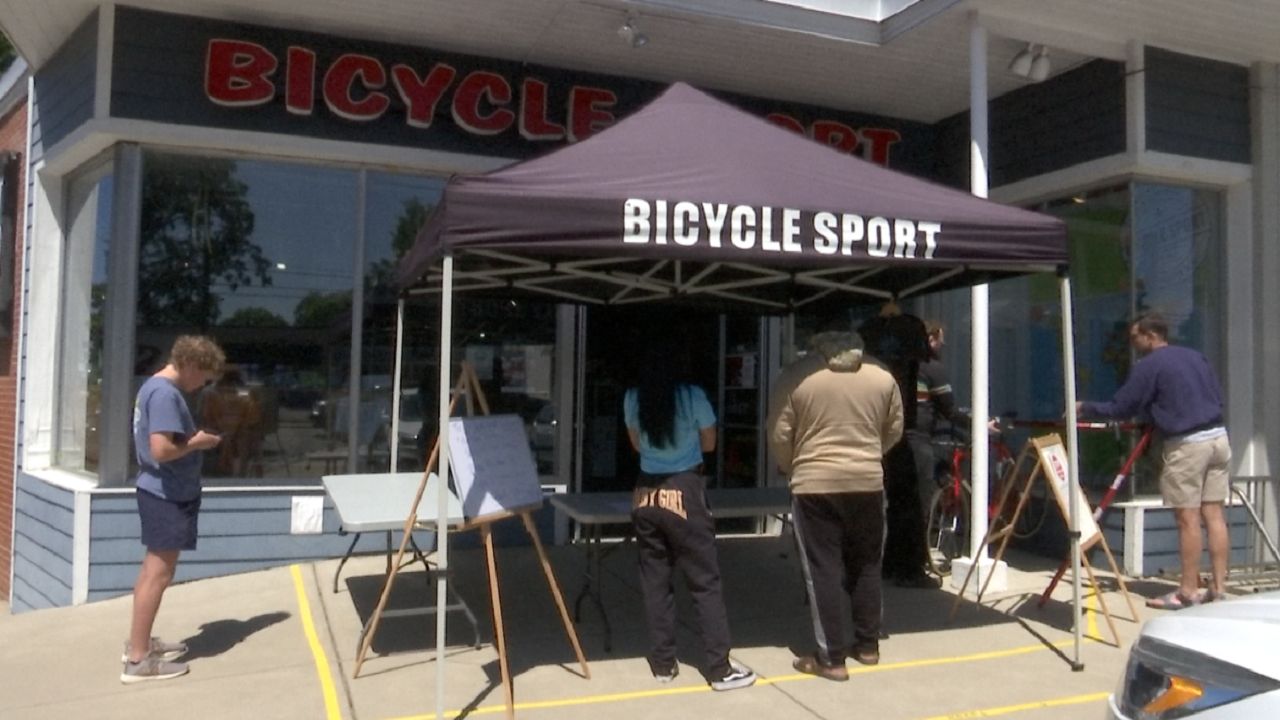 CHARLOTTE, NC - Since the coronavirus has closed most places, more people are getting outdoors and enjoying the nice weather.

One industry is thriving despite the shutdowns, and giving people a way to social distance safely.

Ben Cooley owns Bicycle Sport in Charlotte. He says the shop typically starts to see an increase in customers in March and April, but the coronavirus is causing a spike in customers.

He’s calling it the "bike boom", and says business is picking up speed.

“Within the last two and half, three weeks, it’s probably been 60 to 70 percent [of customers] are new riders or reemerging riders that used to ride, haven’t in a very, very long time, and due to the circumstances are getting back into it.”

With the bike boom, Cooley has been able to help more than just customers.

“We’ve actually been able to hire four or five people, some of whome have lost their jobs in other industries, and now have time, so we’ve been very fortunate in that situation,” he says.

The staff is still taking precautions and setting up shop outside the store.

“We have not let people in the store since the beginning,” says Cooley. “We kind of started calling it floor to door.”

He’s hopeful the purchase people are making in a pinch will have lasting impacts in the community.

“With ridership numbers increasing, you could also get more infrastructure, more advocates for safe bike lanes, and Greenways, and other systems to move around the city safely, and I think there’s going to be a lot of good from it” Cooley says.

Bike shops are open because they are considered an essential business. According to the stay-at-home order, they fall under the “business needed for transportation” category.