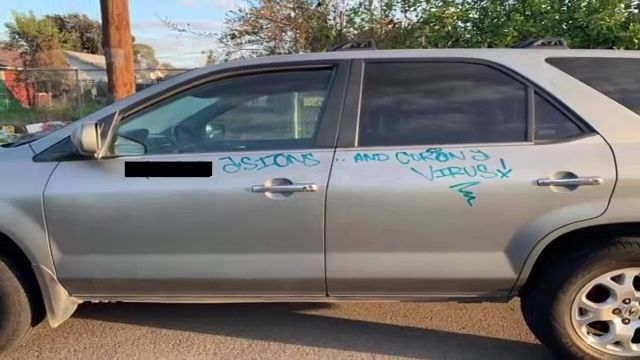 Asians, Asian-Americans Feeling the Pain of Prejudice During Pandemic

RALEIGH, N.C. – The FBI sent a letter to law enforcement agencies across the country this week raising concerns about potential hate crimes during the coronavirus pandemic.

There have been reports of anti-Asian attacks by those who believe they’re spreading the virus, but we’re not currently aware of any blatant assaults in North Carolina.

There are however, numerous reports of more subtle incidents called racial micro-aggressions.

She says her 12-year-old was teased and taunted after standing up for another student that other kids were making fun of for coughing.

Her first grader also came home one day wondering if dad was sick because other students told him he looked like he had the coronavirus.

“When it becomes personal like that, it hurts a lot more,” Chung said. “Although it wasn’t terribly shocking to the extent it's escalated to this point, it’s devastating.”

Triangle doctor Amy Lee says some of her Asian patients have skipped appointments, fearing they'll be profiled. Some other patients have even jokingly asked if she’s infected, or if she’s eaten a bat recently.

“I don’t think they’re coming from a place of animosity in a lot of these cases," Lee said. "I have been more thoughtful about trying to politely interrupt or educate. I would say most people are appreciative.”

Professor Heidi Kim encourages people to speak out and share their stories.

“It’s important to vocalize it, name it, share that, to know that you’re not alone, and hopefully create a better feeling of solidarity with other minorities and fellow Americans,” Kim said.

The nonprofit group North Carolina Asian Americans Together is setting up a system where people can report incidents.

The group also has links to resources for help on its website, NCAATOGETHER.ORG