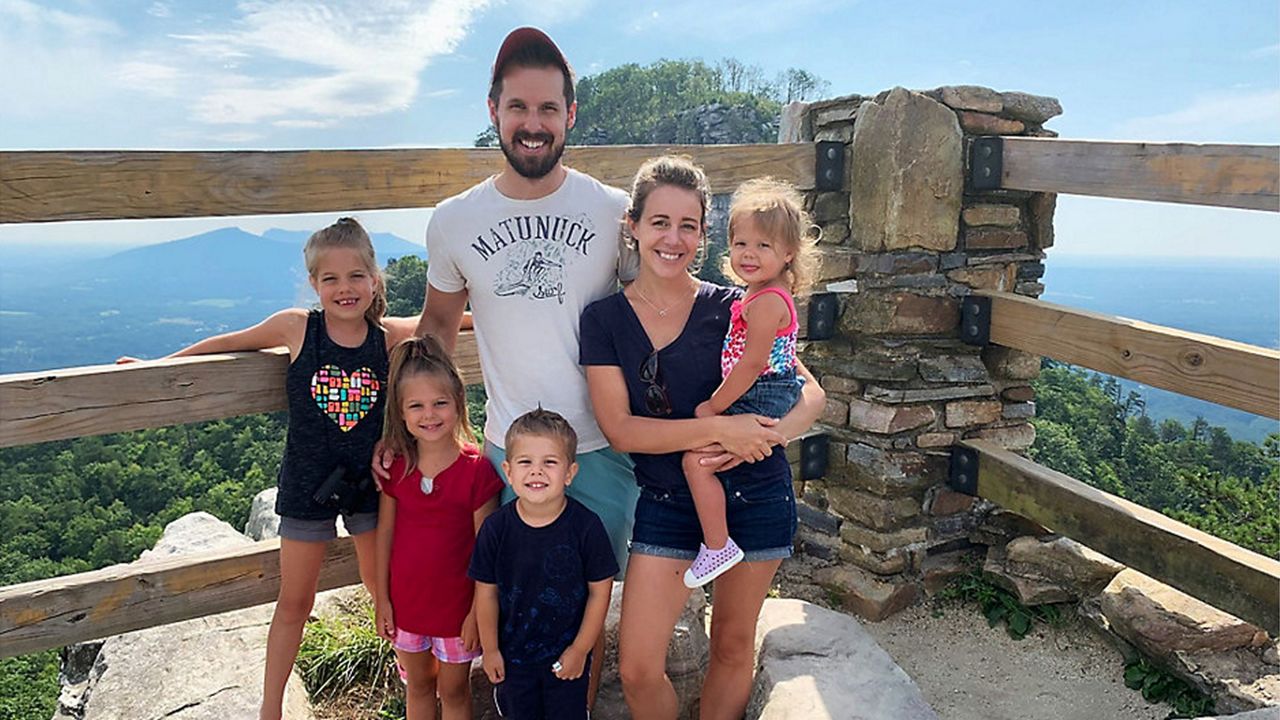 INDIAN TRAIL, N.C. -- A Union County family who visited all 41 state parks in 2019 is encouraging others to do the same.

Gregory and Morgan Bartos, along with their four children, completed the Amazing Adventure Challenge, which is a North Carolina State Parks initiative that encourages people to visit all of its parks and the Mountains-to-Sea Trail in a year. The program rewards those who complete the challenge with an annual pass, which gives perks to visitors at state parks.

“We saw the woods, and the trees, and the grass. We saw the mountains. We saw the beach. It was really cool. It’s neat we live in a state we have all three of those,” Greg said.

Morgan came up of the idea of participating in the challenge and with her planning skills, her family was able complete it in nine months after taking 23 trips.

She added her family spent under $250 in entrance fees and recreation at all 41 parks.

“It’s a fantastic thing for families to do. It’s not expensive. It really just takes some time. We did almost entirely on Sundays. That was our day to go out and go. My husband took two vacation days from work in our entire challenge,” Morgan said.

“There was this very long stone, that you could walk miles and miles and it will never end," Sophia said.

For Greg and Morgan, who documented their visits, their journey allowed them to spend great family time and teach their children lessons along the way.

“They watched us work toward a goal and get out there, even when the weather wasn’t perfect or we didn’t feel like it and I thought that was so important for the kids to see,” Morgan said.

Greg also noticed the children are now more excited to be outdoors than before.

“They’ve really enjoyed a lot more of nature itself so we were so glad that resulted from the parks challenge,” Greg.