CHARLOTTE, N.C. -- Breast cancer is one of the most common forms of cancer in women, and most people have a friend or family member impacted by the disease.

One Charlotte photographer is helping to empower a survivor through a unique photo shoot.

Lisa Lutz is a photographer, and her sister-in-law was recently diagnosed with breast cancer. She wanted to pay it forward, and help a survivor in the Charlotte area feel comfortable in her own skin.

She posted to Facebook, offering a free boudoir photo shoot, and met Audrey Snoor. Audrey was diagnosed with breast cancer when she was 27, and also beat Hodgkin lymphoma as a teenager.

Wednesday, Audrey got her hair and make-up done, and got the chance to have fun in front of the camera. 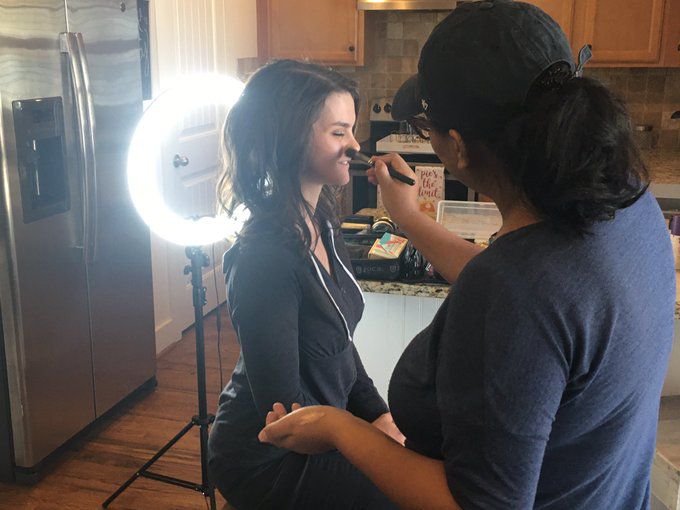 Audrey Snoor getting ready for her photo shoot by getting her hair and makeup done.

"Post-baby body and post-surgery body is a lot to kind of get used to. My reconstruction team was amazing, but it's just hard feeling like yourself after such a significant surgery, especially to go through it so young," Snoor says.

Lutz says her goal is to empower Snoor and other survivors to feel confident in the skin they're in.

"For me to be able to watch women transform in front of the camera, to see that confidence, that self-worth, that amazing just...I love myself, I love who I am, I love who I am now, it's amazing," she says. "It fills my cup, it really does."

Lutz says she's going to make this an annual photo shoot for a survivor in the community. She plans to do it in October for Breast Cancer Awareness Month.