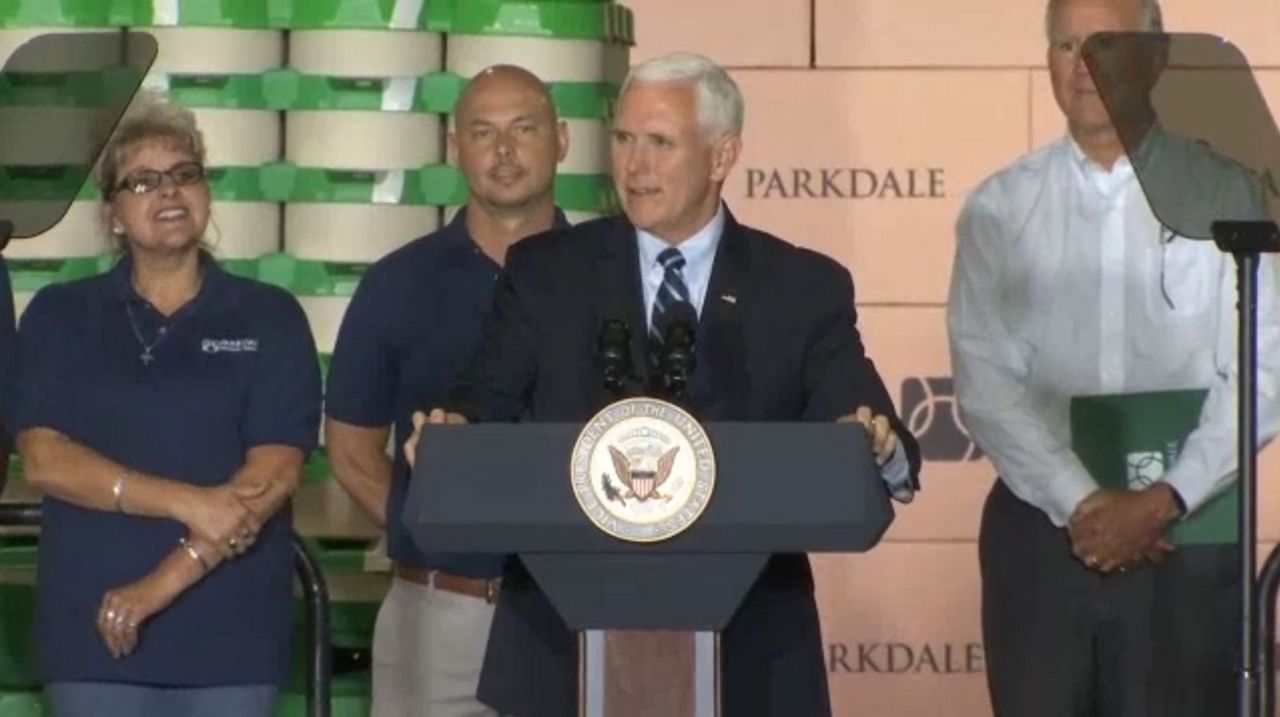 Early Wednesday afternoon, Air Force Two arrived in Charlotte which is where he first previewed preparations for the 2020 Republican National Convention. From there, he toured Parkdale Mills, a textile company in Monroe, where he spoke about the US-Mexico-Canada trade agreement and its expected impact on North Carolina.

Just finished our tour of the Parkdale facility. Packed house waiting on the first speaker. Bob Dylan's "Rockin in the Free World is playing. pic.twitter.com/3M3zi3b2yJ

"This week we reached an agreement that puts American steel and American jobs first and it will have Mexico and Canada lift their retaliatory tariffs on agricultural goods under this new agreement effective this last Monday. North Carolina workers and farmers are going to win like never before," he said. "We've been making some progress, but there is still some work to do."

Following the Vice Presidents speech, he did a brief Q&A with the press. Here's his answer to my question about the #USMCA pic.twitter.com/glQkoLkNg7

Following that event, he went to Greensboro for a fundraiser event for Thom Tillis at the Greensboro Country Club. He was greeted with supporters and protesters.

Anti-@POTUS and anti-@VP protesters have started to show up. They are allowed to get MUCH closer to the home than the media right now. @SpecNewsTriad pic.twitter.com/iSTHrfUBIj