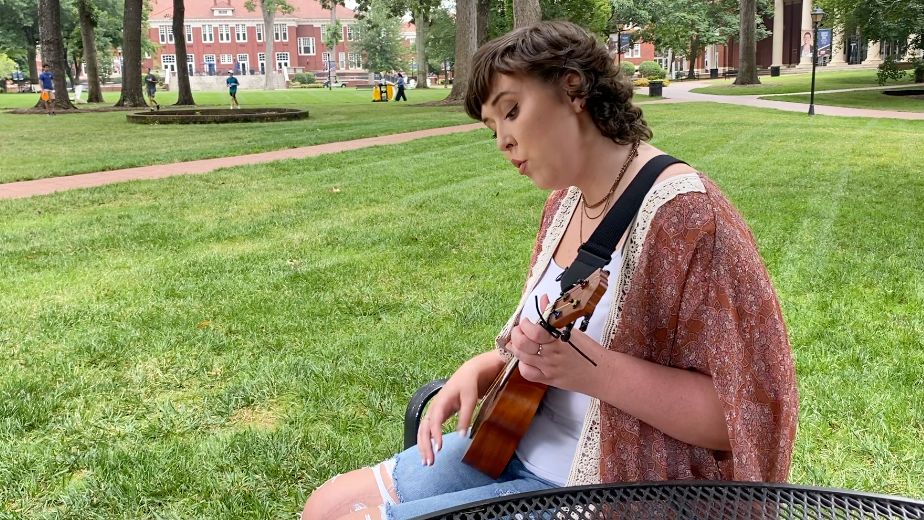 Music therapy changed her life, now she wants to do the same for others

CHARLOTTE, N.C. — Beating cancer as a teenager is no easy feat. One girl did just that and is now trying to help others.

One study showed it can have beneficial effects on anxiety, pain and fatigue in people with cancer

Lily Knecht loves the song "Hallelujah." When she sings the lyrics she feels every word. She has a personal association with the melody because it helped her through one of the toughest moments of her life.

“I just remember it was raining and days like that in the hospital, it reminded me that I wasn’t at home,” Knecht said.

During her senior year of high school, she was diagnosed with osteosarcoma. The cancer landed her in the hospital for nine months.

“When you are a teenager, that was one of the hardest struggles, knowing that your friends were going out and hanging out, while I was struggling with something that a lot of people my age didn’t really know about,” Knecht said.

But through the pain and lonely moments, music therapy kept her going. One of the first songs someone sang to her in her hospital bed was "Hallelujah."

“It really helped pull myself out of those dark places,” Knecht said.

Last August, Knecht officially rang the bell at Levine Children’s Hospital. After months of pain and loneliness, she was cancer free. Her experience helped her realize what she wanted to do for a career. Knecht hopes to be a musical therapist.

“I apply in August and hopefully get accepted in the spring,” Knecht said. “That comes with an audition process.”

Knecht has been preparing for the last few months and caught the attention of others. The Isabella Santos Foundation awarded her a $2,500 scholarship.

“Unfortunately my daughter passed away from cancer,” Executive Director of the Santos Foundation, Erin Santos said. “To see a child beat it and then want to do something for children like her, I think that is such a great story. I hope that is what my child would have done as well.”

It’s a chance to give other children hope and comfort. Knecht said her music therapist changed her life and she just hopes to do the same for someone else.