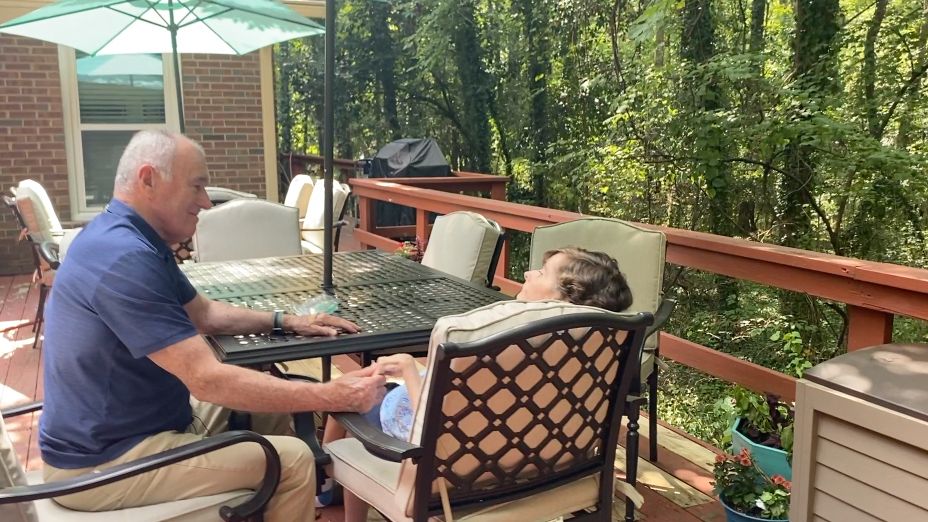 Father says disability home made a huge difference for his daughter

CHARLOTTE, N.C. — A program to help people with disabilities started in the basement of a church 50 years ago and now has expanded across several counties in North Carolina.

A few times a week, Jim McDonnell takes his daughter Maryann for a stroll outside. He says the outdoors calms his daughter and puts her at ease. They love to hear the sounds of birds chirping and leaves rustling.

At the age of 13, doctors diagnosed MaryAnn with Rett Syndrome. It’s a rare genetic mutation that affects brain development. It impacts coordination, speech and use of her hands.

“They appear normal when they are born and slowly the condition asserts itself,” McDonnell said. “It deteriorates the brain and bodily function.”

McDonnell says he and his wife dedicated their time and money to caring for their daughter. But after his wife died, it became too much to handle on his own.

“It’s like taking care of a parent with Alzheimer’s disease,” McDonnell said. “You want to do it and you love them, but you are not equipped to do it by yourself.”

It’s why he initially took her to a full-time assisted living facility, but the first didn’t turn out well. He then found an assisted living home by Lifespan Services in Charlotte.

“It was built as a group home so it just work well physically,” McDonnell said. “The staff is very caring and loving.”

Lifespan Services offers education, employment and enrichment opportunities for those with disabilities. MaryAnn is living in a group home for women. Lifespan CEO Ken Fuquay says they try to cater to everyone’s unique needs.

“We have day programs, and we have early learning facilities,” Fuquay said. “We have trauma informed care. We also have residential homes and group homes.”

The organization started out serving five people with disabilities in 1973. Now, they serve around 1,500 people in 23 counties across North Carolina. McDonnell says every parent should look into what assisted living facility best suits his or her child. For him, this is what worked for his daughter.

“I think she would be far worse if she wasn’t in this group home,” McDonnell said. “She is stimulated here. She has good health care. She has a loving environment. That all contributes to her being as good as she can be.”

Fuquay says they also work with families to provide financial help for the program. Anyone interested needs to first contact a state managed care entity. This group will help access what facility is best suited to meet the needs of the person with a disability.