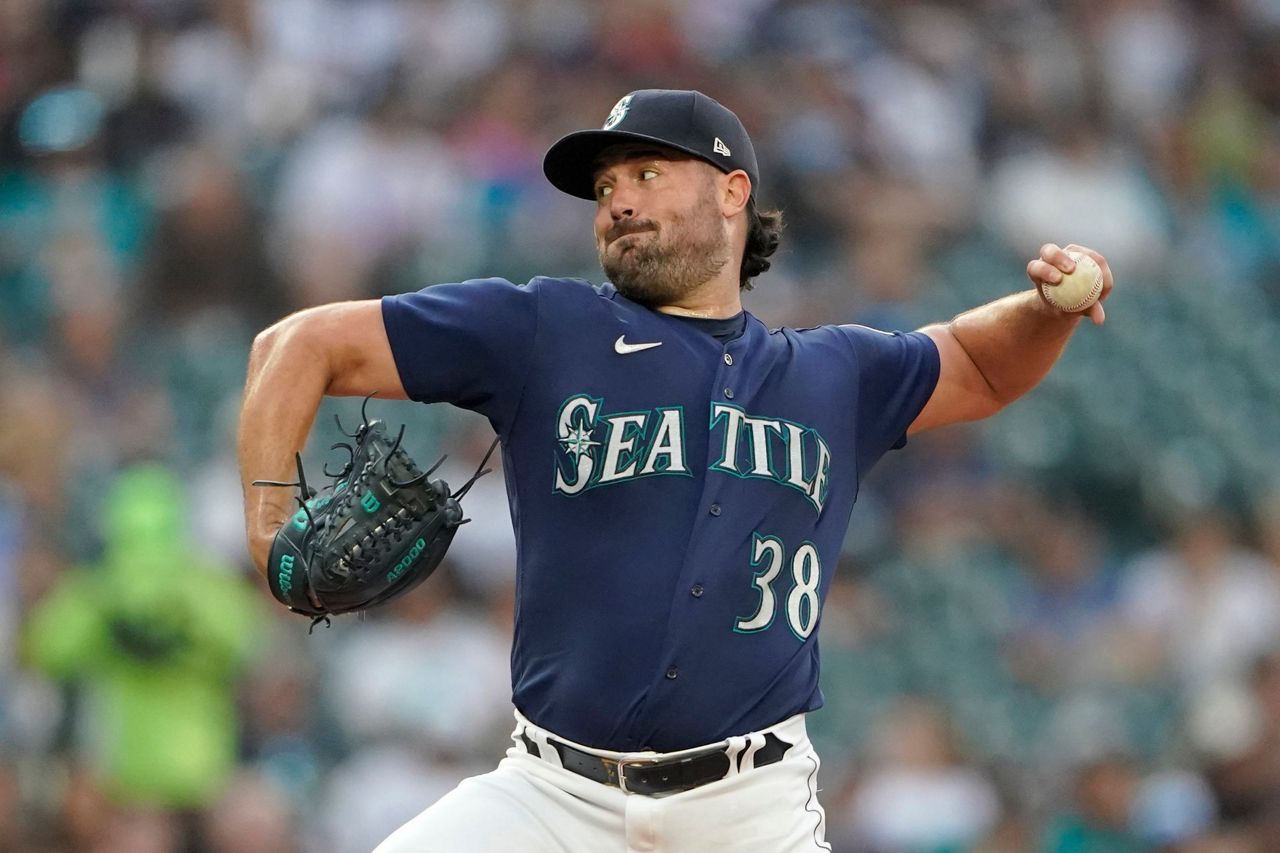 Mariners' Robbie Ray has no-hitter thru 6 innings vs Nats

Ray had faced just one batter over the minimum through six innings. But Meneses ended any chance of Ray’s first no-no with his sixth home run of the season out to deep center field. Julio Rodriguez made a leaping attempt at the wall but couldn't reach the homer.

Ray, last year's AL Cy Young winner with Toronto, had faced just one batter over the minimum through six innings. Ray issued a pair of walks but was able to pick off Alex Call at first base to end the fourth inning. Ray also walked Cesar Hernandez on four pitches in the fifth inning, but he was stranded at third after Riley Adams struck out.

Ray was pulled with two outs in the seventh inning after giving up an infield single to Lane Thomas. Ray struck out seven and threw 103 pitches.