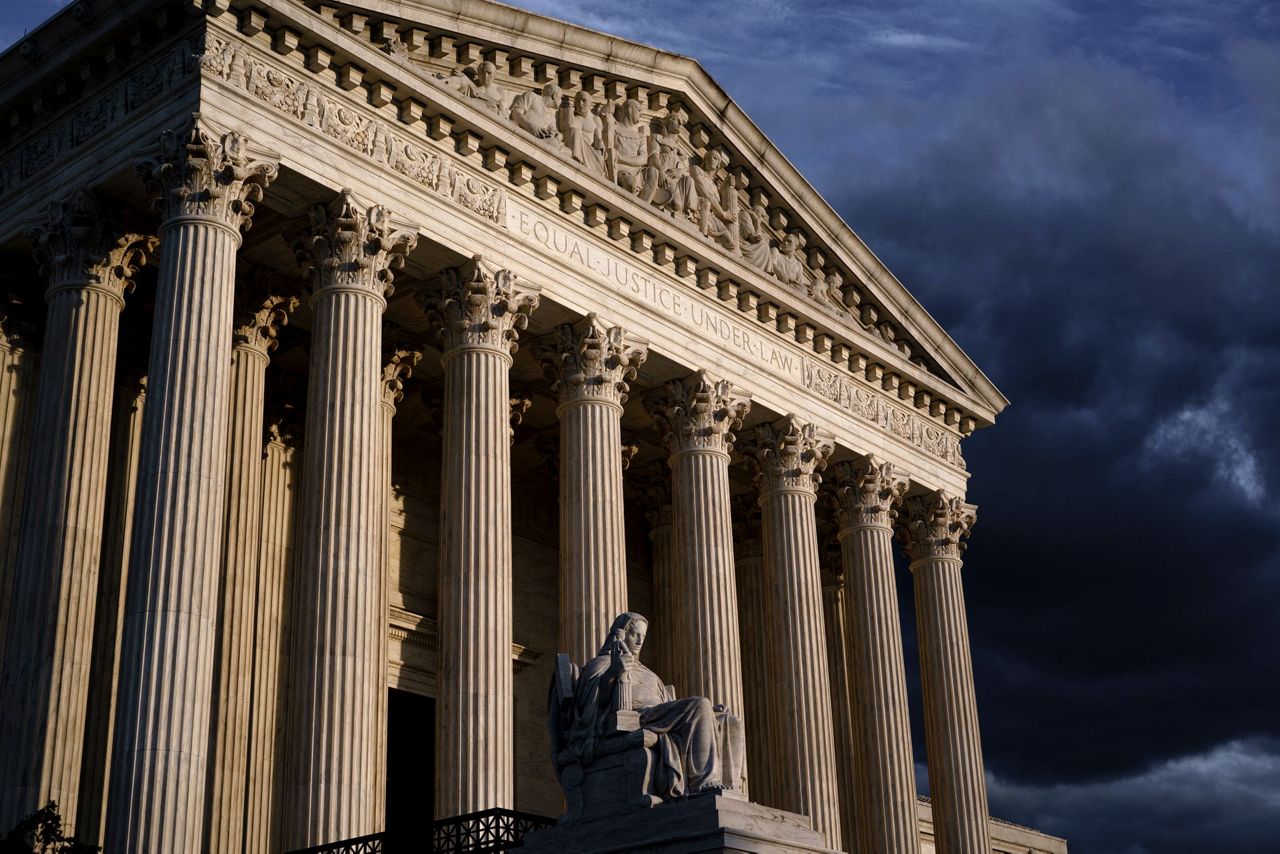 WASHINGTON (AP) — The Supreme Court has rejected an emergency appeal from health care workers in Maine to block a vaccine mandate that went into effect Friday.

Three conservative justices noted their dissents. The state is not offering a religious exemption to hospital and nursing home workers who risk losing their jobs if they are not vaccinated.

Only New York and Rhode Island also have vaccine mandates for health care workers that lack religious exemptions. Both are the subject of court fights. On Friday, a federal appeals court panel upheld New York state’s vaccine mandate for health care workers, rejecting arguments by lawyers for doctors, nurses and other professionals that it did not adequately protect those with religious objections.

As is typical in emergency appeals, the Supreme Court did not explain its action. But Justice Neil Gorsuch said in a dissent for himself and two fellow conservatives that he would have agreed to the health care workers' request.

“Where many other States have adopted religious exemptions, Maine has charted a different course," Gorsuch wrote. “There, healthcare workers who have served on the front line of a pandemic for the last 18 months are now being fired and their practices shuttered. All for adhering to their constitutionally protected religious beliefs. Their plight is worthy of our attention.”

He was joined by Justices Clarence Thomas and Samuel Alito.

Justice Amy Coney Barrett noted in a short statement agreeing with the court’s decision not to intervene that the justices were being asked to “grant extraordinary relief” in a case that is the first of its kind. She was joined by a fellow conservative, Justice Brett Kavanaugh.

The legal team that sued to stop the mandate vowed to return to the Supreme Court to press for a full review on the merits. “This case is far from over," said Mat Staver, founder and chair of the Liberty Counsel.

Democratic Gov. Janet Mills said she was gratified that the mandate was upheld, saying it's imperative for hospitals to “take every precaution to protect their workers and patients against this deadly virus.”

The high court has previously turned away students at Indiana University and teachers in New York City who objected to being vaccinated. Both the university and city allow people to seek religious exemptions. All of the justices have been vaccinated.

Maine’s requirement was put in place by the governor. A federal judge in Maine declined to stop the mandate, concluding that the lawsuit was unlikely to succeed. The Oct. 13 decision prompted a flurry of appeals that landed, for a second time, in the Supreme Court.

The Liberty Counsel, which filed the lawsuit, claimed to be representing more than 2,000 health care workers who don’t want to be forced to be vaccinated.

Dozens of health care workers have opted to quit, and a hospital in Maine’s second-largest city already curtailed some admissions because of an “acute shortage” of nurses.

But most health workers have complied, and Maine residents in general have been supportive of the vaccine. The Maine Hospital Association and other health care groups support the requirement.

Enforcement of the mandate began on the same day the governor announced 80% of eligible Mainers were vaccinated.

Mills said she applauds those who "rolled up their sleeves to do what’s right for themselves, their neighbors, and their communities.”