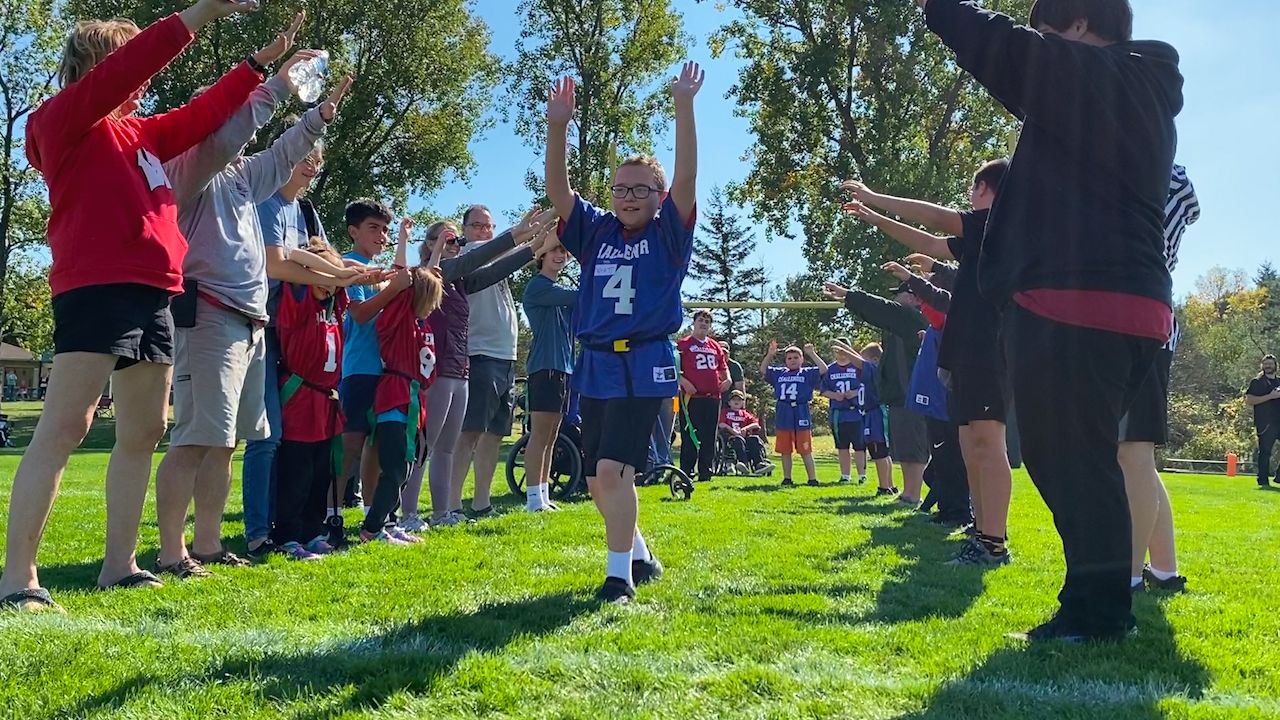 APPLETON, Wis. — There are plenty of smiles on the faces of kids, volunteers and spectators at Plamann Park in Appleton when the Challenger League gathers to play.

Kids love running onto the field before the game. Players took turns as volunteers, and fellow players cheered them on and formed a tunnel with their outstretched arms.

It started in 2006 when Mike Hipple and his mother Sue approached the local Pop Warner league with an idea. 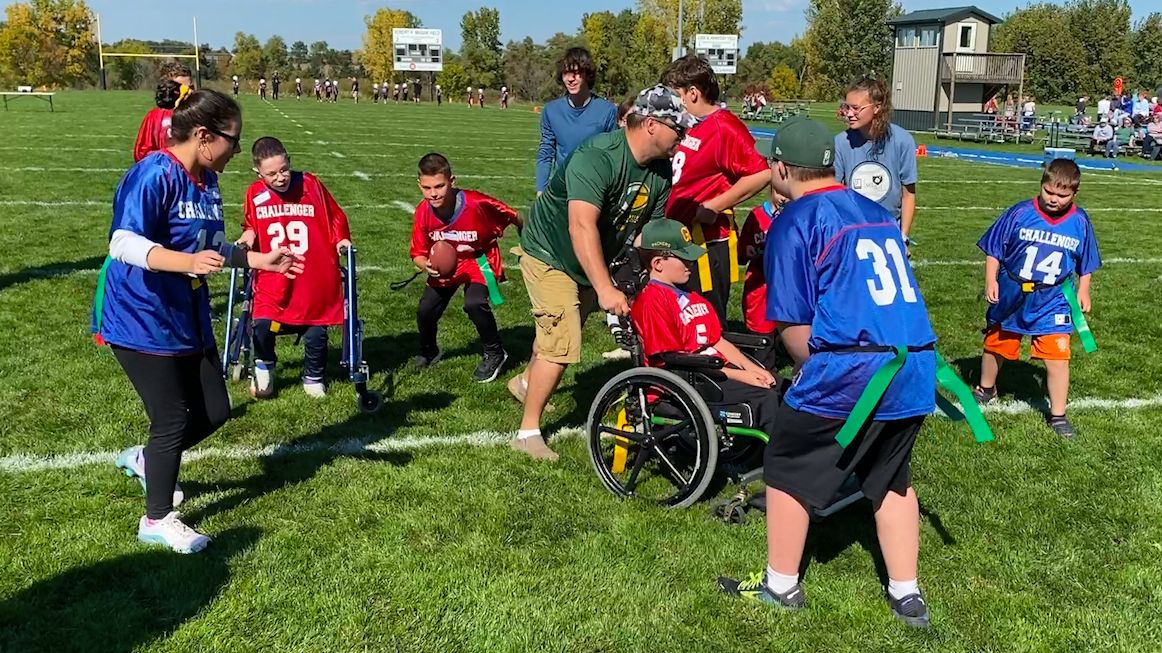 “As a special needs mom, you just want your kid to be able to do the things that everybody else does. It’s nice to provide this opportunity for all the other kids,” said Sue Hipple. “I think it’s so special for the parents and the siblings, too.”

The league embraced the idea and helped the Hipples launch the league.

“Mike, I think he was 11 years old [when he started] and he played until he was a senior in high school. He’s still out here every week helping,” said Kurt Dietzen, Fox Valley Pop Warner League President. “Sue and Mike are out here every week.”

Mike Hipple has cerebral palsy, and a speech disorder called dysarthria. He speaks through an alternative augmentative communication device.

He now serves as league commissioner but fondly remembers his playing days. 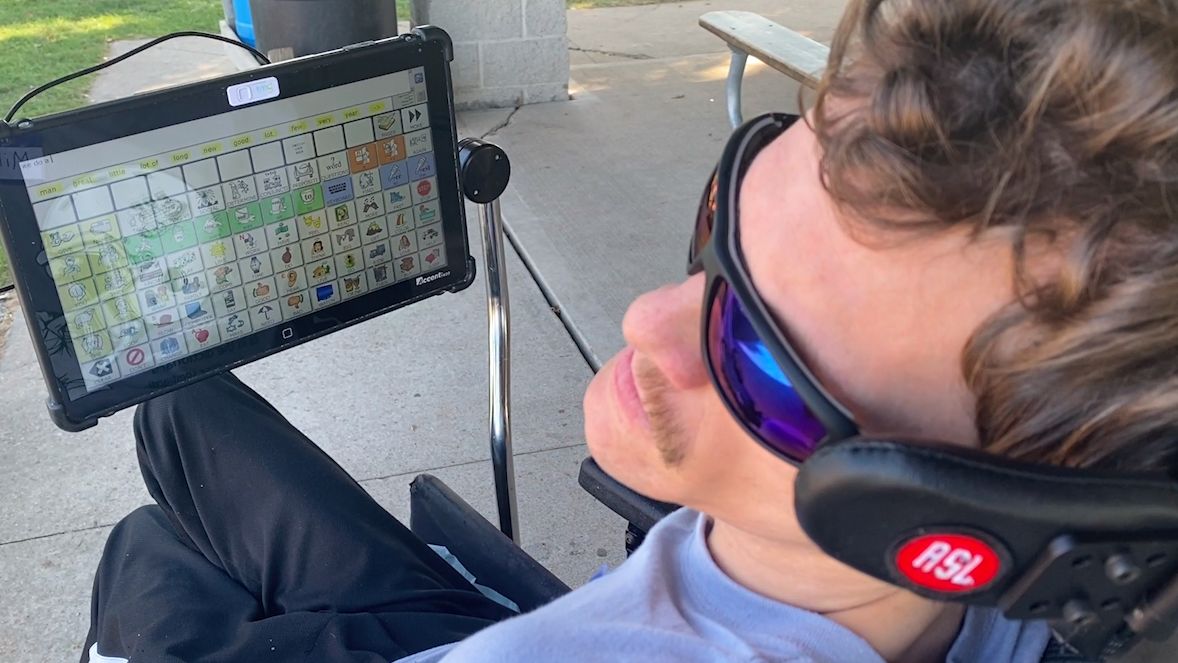 “It was awesome. My older brother, my friends, and some of my school team volunteered here,” said Mike Hipple. “I think it is important to be on a team for everyone.”

During the game, Hendrick Steenepoorte displayed his speed by getting to the edge and sprinting into the end zone.

He’ll be too old to play next year, but his mother said they might be back. 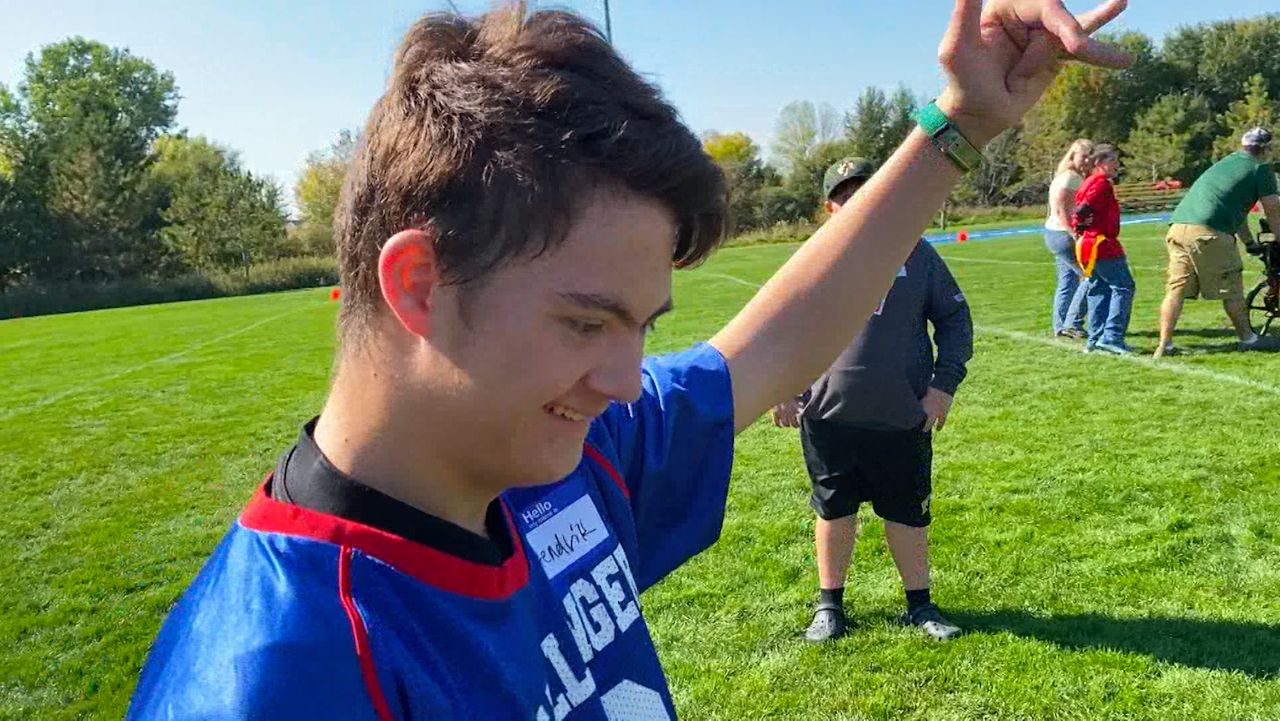 “I think I will sign up Hendrick to be a volunteer,” said Maria Steenepoorte. “It’s just a good way to continue to support the younger players.”

Jennifer Shanak made a 45-minute drive from Waupaca to get her son Adam on the field. She got a workout as she pushed Adam’s wheelchair over the grass field during the game. The league is raising money to create an ADA-compliant field for the players and volunteers.

“It’s going to be a synthetic field. It will be way easier to push the wheelchairs,” said Shanak. “I’ll still get a workout, but it will be a bit easier than the grass.” 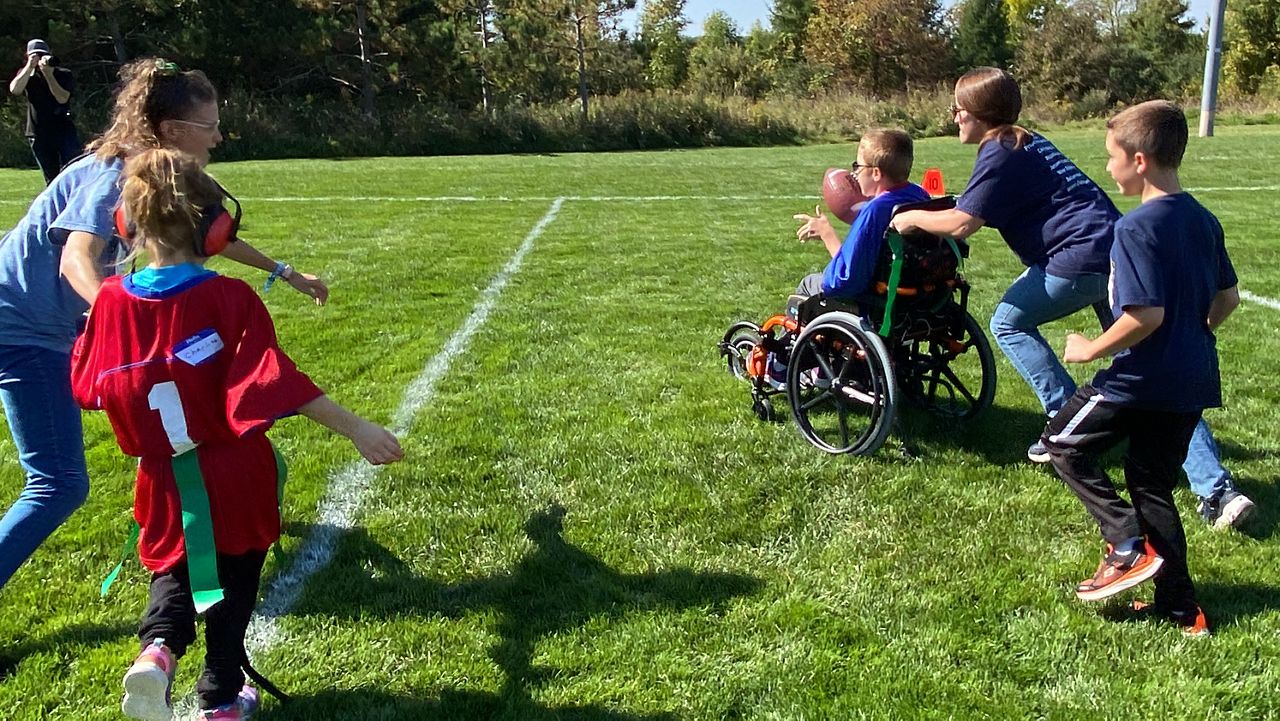 The league thinks more kids may get involved when they see the new field.

“It’s just a nicer football field for them to play on,” said Dietzen. “I think it gives the parents a higher level of comfort to say they’re doing everything they can to keep my son or daughter safe.” 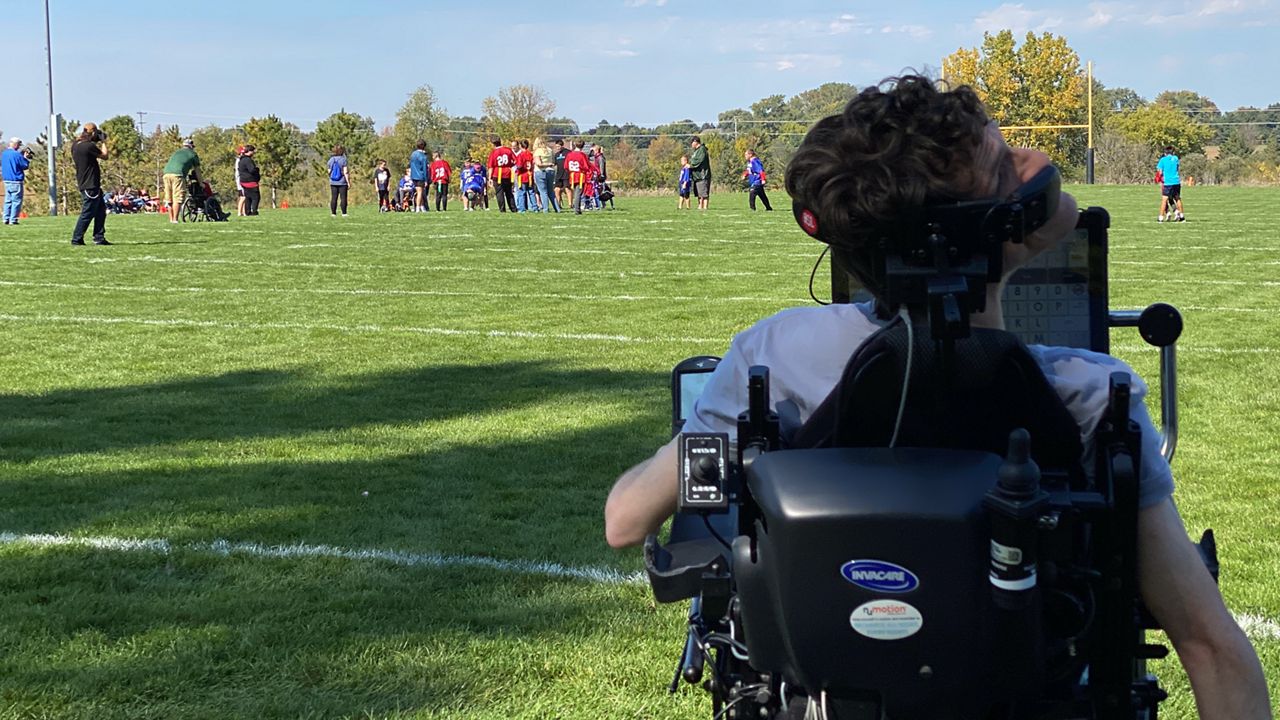 And it all started because Mike Hipple just wanted to play football.

“I love watching this grow, and families love to connect with one another," said Mike Hipple.

A legacy that those involved hope can last for many years to come.​