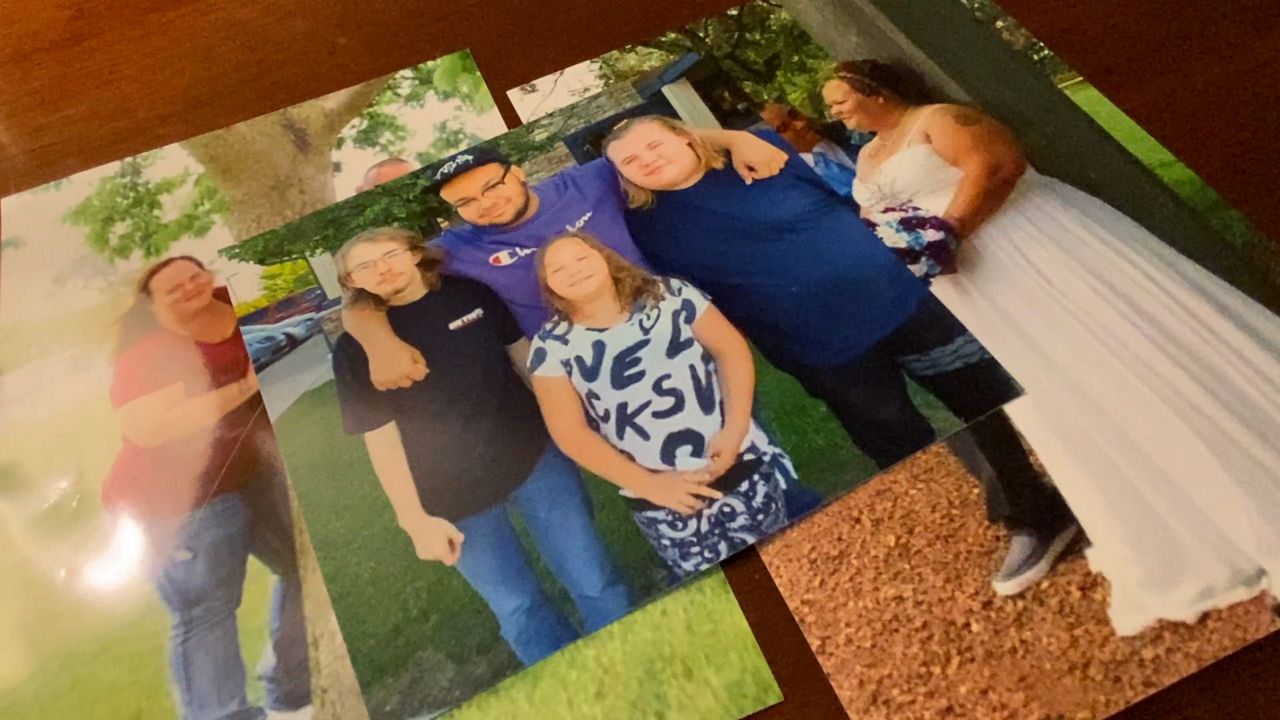 'I've had nine strokes in two years': Study shows 50% of Kenoshans with disabilities live in poverty

KENOSHA, Wis. — A new report from the United Way and its research partner, United for ALICE, shows people with disabilities are living in poverty at rates far higher than federal numbers indicate.

Households under these guidelines earn more than the federal poverty level, but less than what is considered acceptable in today’s economy.

“They’re potentially facing homelessness, a lack of food, etcetera and they’re looking to our community to help them out,” said Carolynn Friesch, CEO of United Way of Kenosha County. “That’s why we want to highlight that need to make sure everyone knows what’s going on and the importance of that.”

The report shows 60% of Wisconsinites with disabilities who are living below the ALICE threshold spent 35% or more of their income on mortgage payments, utilities, taxes and insurance.

It further shows 43% of Wisconsinites with disabilities cannot afford basic necessities. That’s compared to a federal percentage of 16%.

The report breaks down these numbers by county. In Kenosha County, 50% of people with disabilities are living paycheck to paycheck — or worse. At the federal level, that statistic is much lower, at 17%.

That means of the 19,000 people with disabilities who are living in Kenosha, about 9,500 of them cannot afford things like child care, housing, health care and transportation.

“What we want to do his shine a light on that and work with our partners, local, state and federal to see what’s working and expand upon that and grow from that,” said Friesch. “That’s the role of United Way in this.”

Heather Sanchez lives in Kenosha. She found out a couple of months ago that she has Sneddon Syndrome, which makes her prone to strokes.

She said she has had nine strokes since 2019. Sanchez said she will need to be on blood thinners for the rest of her life.

“The only thing I can really do right now is walk,” Sanchez said. “I can’t lift weights, or lift anything more than ten pounds.”

Sanchez has not had a job since 2018. At that time, she worked as a CNA at an assisted living facility in Kenosha. She said she had a heart attack on the job and didn’t qualify for Family and Medical Leave Act.

“So, they let me go,” she said. “I didn’t expect to have a heart attack because I went to work feeling just fine.”

Since then, Sanchez has been living on Supplemental Security Income, or SSI. She lives on $497 per month, which is also used to support her five children. Her husband is on disability because of a car crash.

SSI qualifications are strict. A person must be unable to work, disabled, must have an income below the poverty level and have less than $2,000 in the bank.

For a married couple, that amount increases to $3,000.

She’s currently taking virtual classes, hoping to get a degree in audio production. Sanchez also said she plans on pursuing her bachelor’s degree in nursing once her health issues become manageable.

Until then, she has been working with the Kenosha Achievement Center to find an employer who will make exceptions for her medical disability.

“I’ll hear people complain and say people are getting benefits and all these wonderful things, but that’s not what I hear,” said Gary Eckstein, vocational outreach manager at KAC. “I hear people say, ‘I’m barely getting by, I’m so isolated, I’m sitting in my house way too much and I want to work.’”

Eckstein said he grew up in poverty and is also a veteran. He said working with people in similar situations is personal to him.

“When we’re in a down labor market, I go home on a Friday night and I want to cry,” he said. “I’m thinking I have a job, but I have a lot of people on the verge of homelessness who can’t put food on the table.”

Eckstein said the United Way report just proves the system is not working.

“It shows the limitations of our disability payment support programs,” he said. “It’s not a good system.”

He said about 75% of the people he works with are on Social Security.

And many of them are dealing with the limitations of SSI.

“If you make probably $500 to $600 per month, you run the risk of losing your insurance,” he said. “For people with serious medical problems, they can’t afford to lose insurance.”

Sanchez said she knows the mental toll it can take on a person when they aren’t able to work, or make a decent living. She added that there are thousands of other people in her same situation.

“You have to keep pushing through it and there are many resources out there,” she said. “I take it one day at a time.”