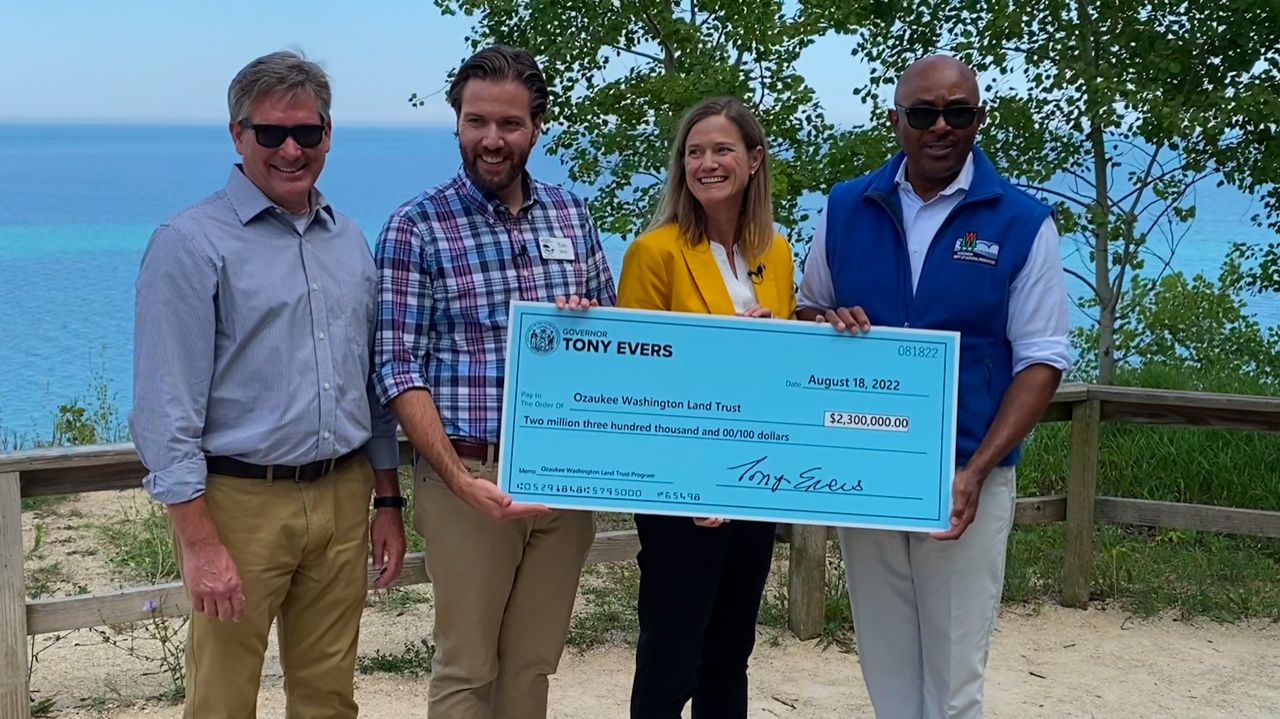 GRAFTON, Wis. — Gov. Tony Evers on Thursday announced $4.54 million in state funds will go toward conservation projects all across the state.

That includes $2.3 million for the Ozaukee Washington Land Trust.

That money will be used to purchase the 131-acre Cedar Gorge-Clay Bluffs Preserve.

Initially, the Land Trust had been awarded that money through the Knowles-Nelson Stewardship Program, but an anonymous lawmaker blocked it.

Conservationists said they are excited that the land along Lake Michigan will now stay preserved for generations to come.

“[It is] almost three quarters of a mile of Lake Michigan shoreline that’s forever preserved so that millions, countless of millions of future generations of Wisconsinites will be able to come out to Lion’s Den Gorge, head up to Cedar Gorge-Clay Bluffs and have the same amazing access to Wisconsin’s outdoor traditions you and I enjoy today,” said Tom Stolp, executive director of the Ozaukee Washington Land Trust.

“Twenty years from now when our children and our grandchildren are walking through this park looking over Lake Michigan, they’re not going to care if it was Republican or a Democrat who was in charge today,” said State Representative Deb Andraca, a Democrat from Whitefish Bay. “All that will matter to them is that there were people in our community, and in our local and our state government, who cared enough and worked hard enough to make the Cedar Gorge project happen.”

The Ozaukee Washington Land Trust said it has some contracts in place with the landowner to buy the property, but there is still some work to do before the Sept. 20 deadline for closing on the property.