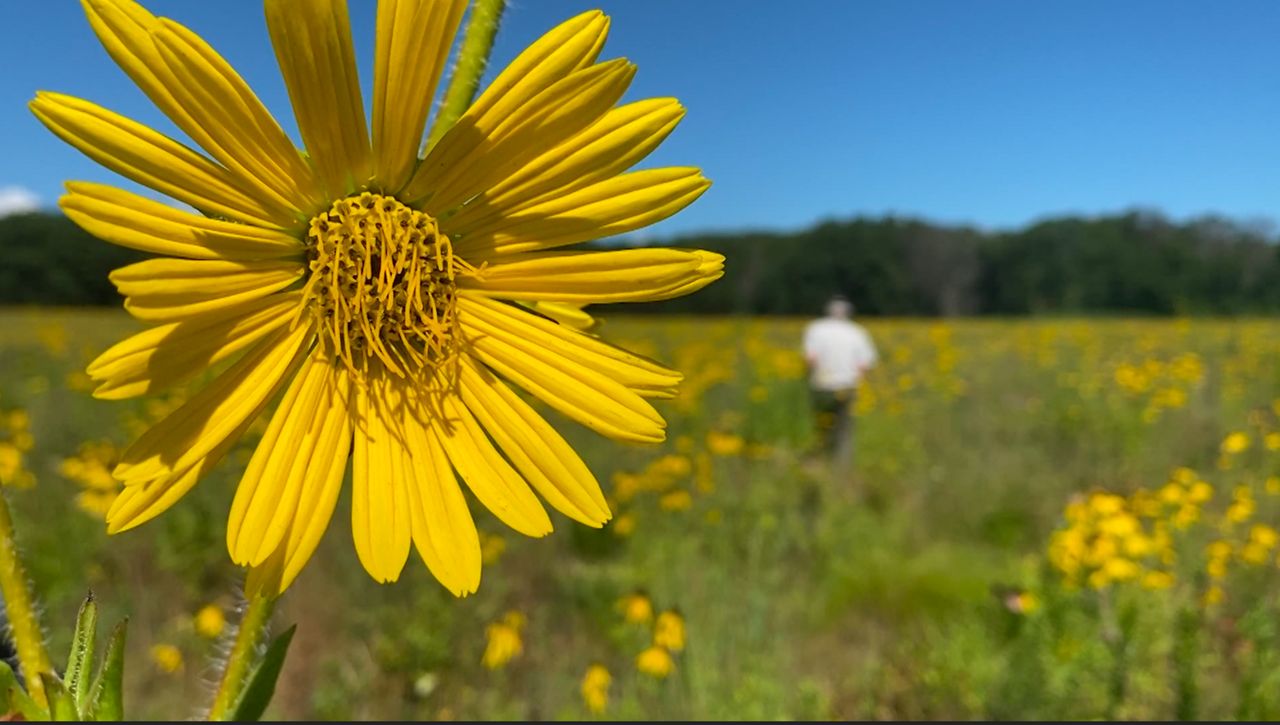 MT. MORRIS, Wis. — It seems like a constant battle for the Hansen brothers.


“Did you spot another one?” asked Dick Hansen as he and his brothers were walking through a sea of colorful pollinator plants.

Raymond “Skip” Hansen pulled something from the ground.

“This is mullein. Some people call it wooly mullein,” explained Skip Hansen. “I see these all over the place.” 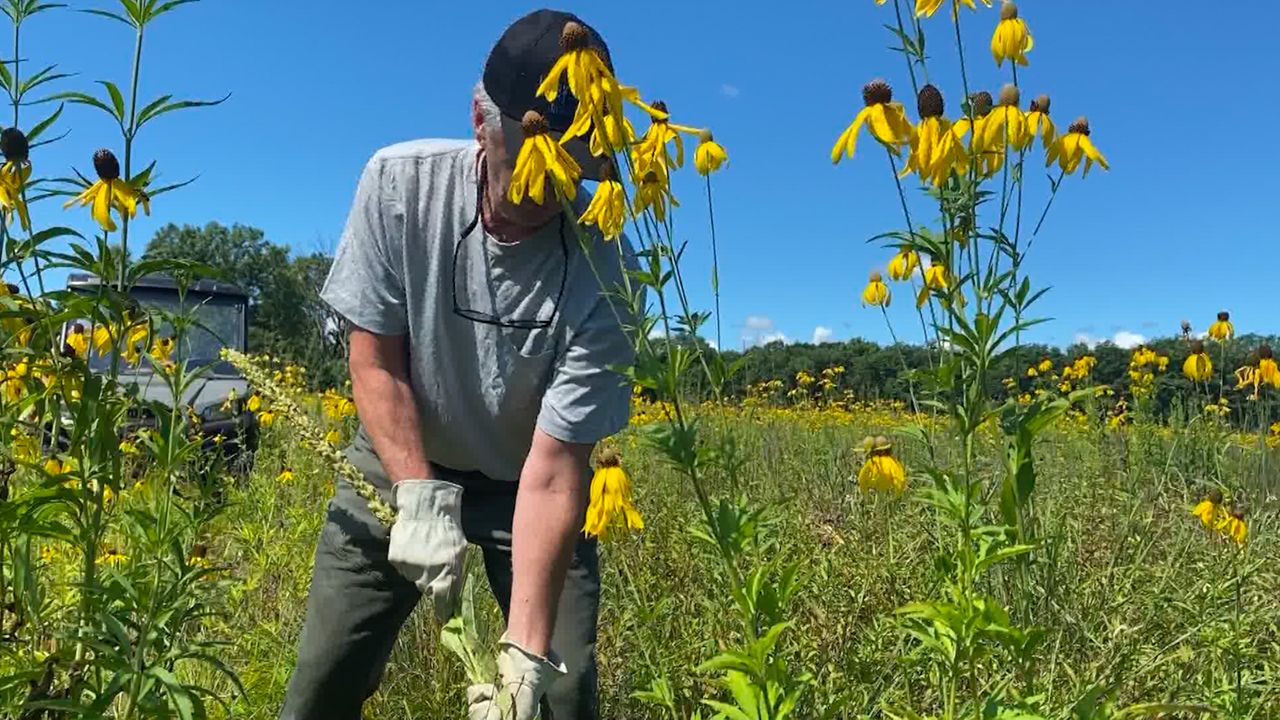 The three brothers spend much of their free time in retirement fighting invasive species on their 150-acre plot near Mt. Morris.

“Out here, you see bluebirds and wrens. You see native pollinators, hummingbirds and bees that have practically disappeared because their habitats have disappeared,” said Skip Hansen.

They use machines for some of the work, but much still requires manual labor.

“This allows us to get a lot of natural sunlight and fresh air, stay physically active, and accomplish something,” said Dick Hansen.

One section was once a low-yielding farm field. They’re transforming it into a prairie that’s already seen the endangered Karner Blue Butterfly return. 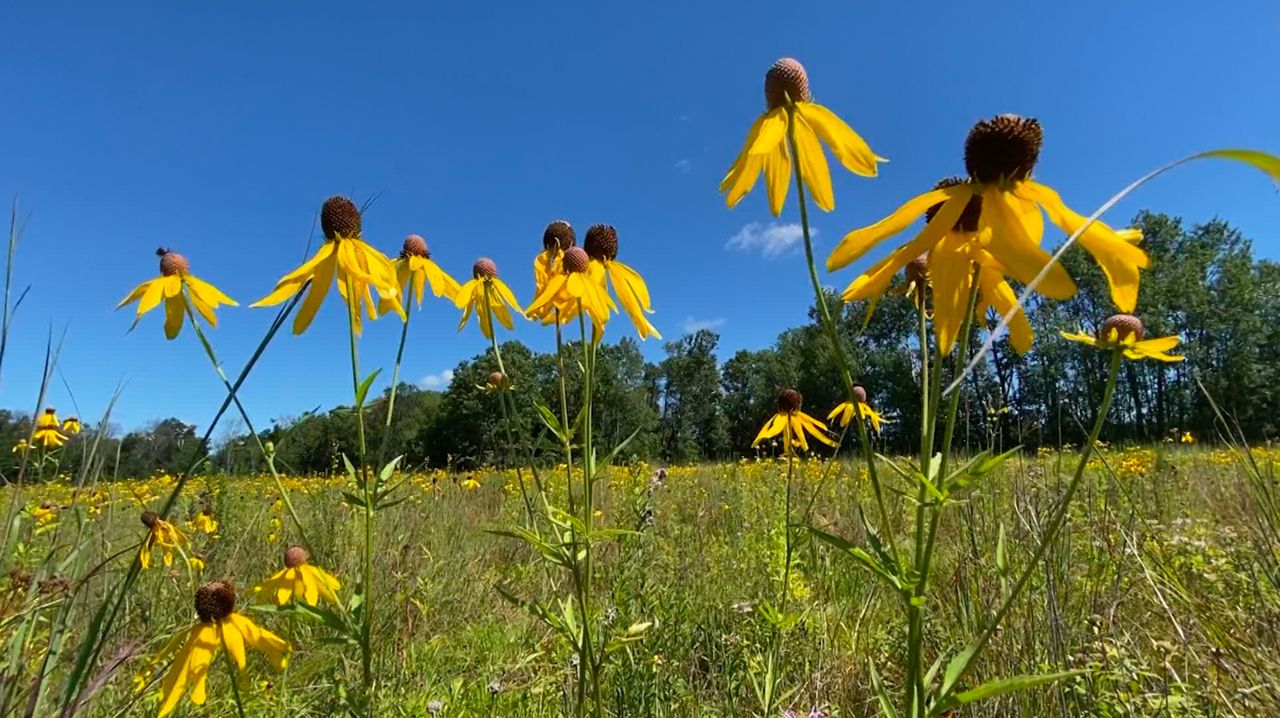 Dick Hansen said most invasive species outperform native plants and animals. They have few natural predators. If left unchecked, invasives can quickly take over an area and drive out native species.

“We’re recreating a habitat that was here 150 years ago. It’s just nature at its best,” said Skip Hansen.

The brothers know the area well. Their land butts up to Porters Lake, where their grandparents had a summer cottage.

And they’re fighting invasive aquatic plants as well. Dave Hansen pulls purple loosestrife from the lake. He also grows beetles that eat up the invasive.

“We’ve always enjoyed the lake. We’ve been up here all our lives. It’s a way to give back. Everybody’s got to give back a little bit more and keep it the way it should be,” said Dave Hansen.

All three brothers now have homes on the lake. 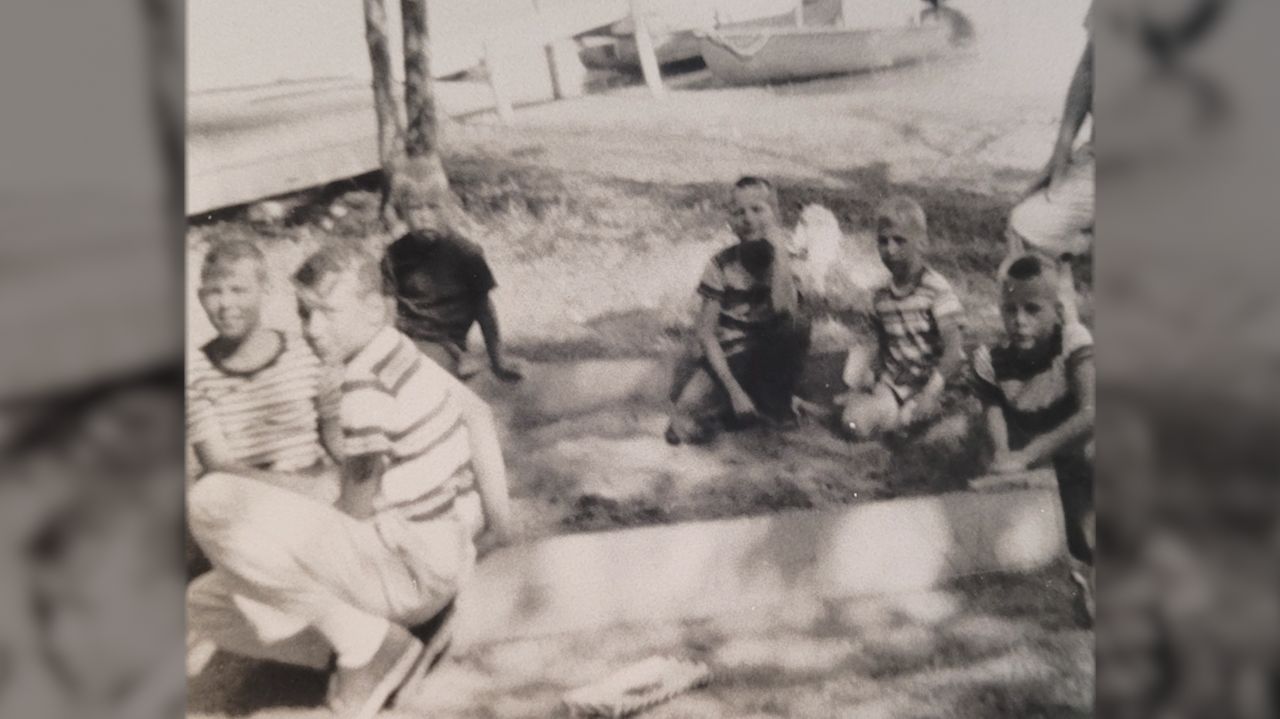 (Courtesy of the Hansen's)

“Unless it’s raining, I’m out several hours a day, at least. There’s no end to little projects. It’s physical labor now,” said Dick Hansen. “All my life I was in finance or banking, inside in an office. Here, it’s a different way of keeping healthy.”

One 20-acre section of woods has been control-burned a couple of times with the help of Fire Departments and students from Fox Valley Technical College. It was overrun with invasive plants.

“What we’re starting to see here is woods. It’s returning to how it would have been when fires came through periodically,” said Dick Hansen. 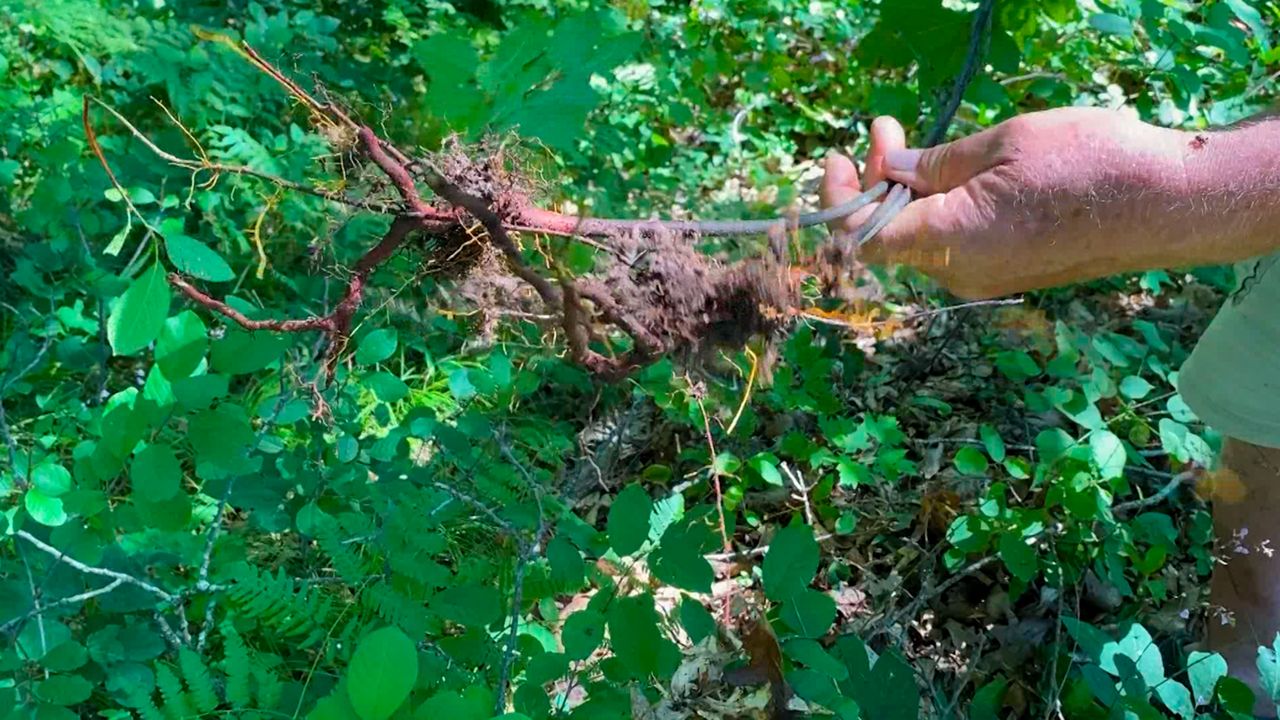 They’ve fought it off for years. Now, there’s a new one to contend with.

This one is trickier to identify. 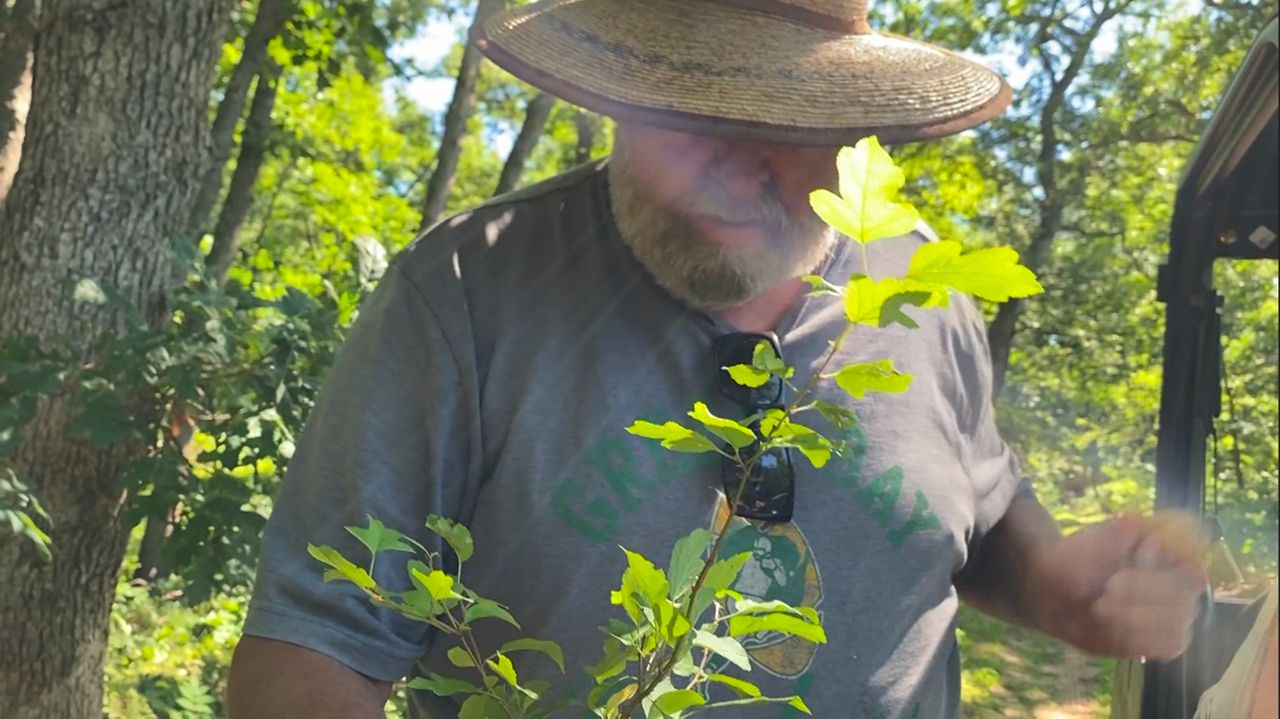 “It’s a different shape leaf, and they seem to vary a little bit from plant to plant,” said Dick Hansen.

The Hansens are still learning about their new nemesis.

“Even the DNR doesn’t know much about it, but I think they will now. We’re trying to spread the word about how bad this stuff can be,” said Skip Hansen.

The brothers recently earned an Invader Crusader award from the Invasive Species Council for their work and collaborations to fight invasive species.

Asa Plonsky of Golden Sands Resource Conservation & Development Council submitted their nomination. The Hansens worked closely with the conservation group in the past.

“I think we have an obligation to the future to be good stewards of the land,” said Skip Hansen.

The Hansen family seems to be doing just that. They’re restoring a place they love for future generations to enjoy.​