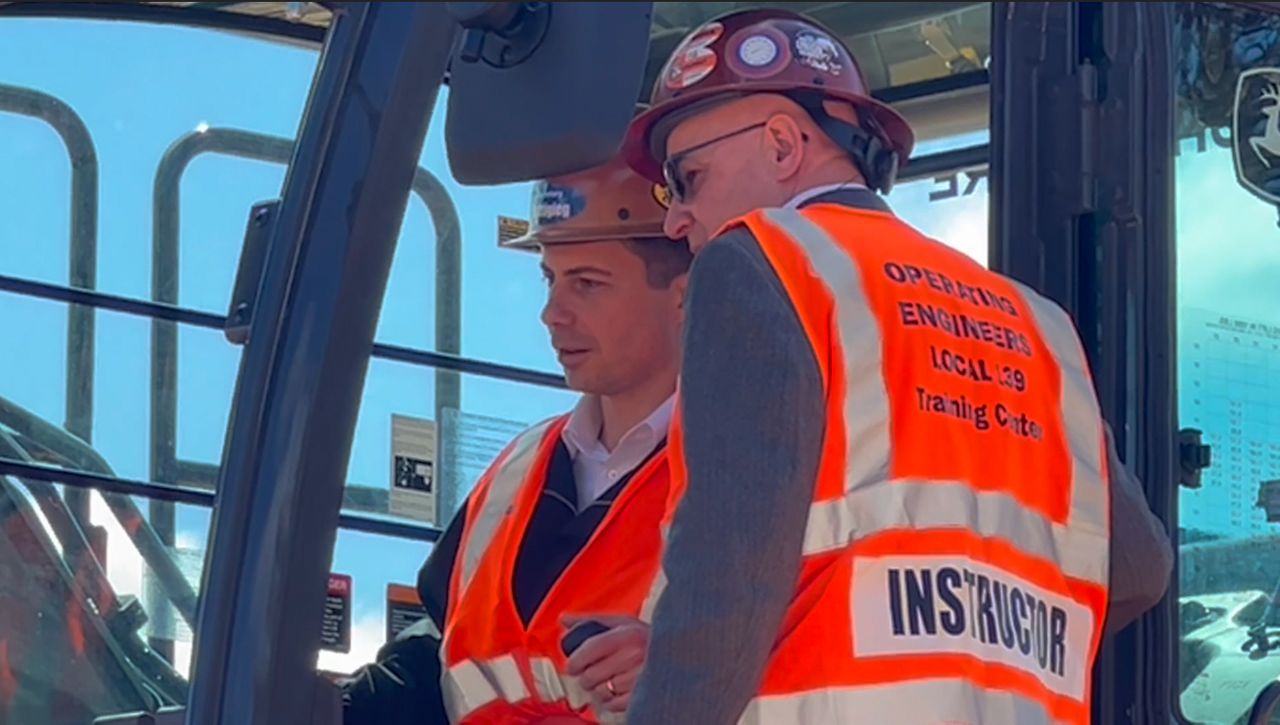 Training the next generation: Workers needed for nation's infrastructure projects

COLOMA, Wis. — With a little guidance from instructors, Transportation Secretary Pete Buttigieg got behind the controls of an excavator and started moving dirt.

It’s something he’d like to see other people doing as the nation gears up to revitalize its infrastructure through a bipartisan $1.2 trillion law.

But those projects need a workforce to bring them to fruition.

“The bottom line is, we can’t leave any talent on the table. We need to recruit a whole generation of workers from every background and every walk of life,” Buttigieg said during a tour of the Operating Engineers Local 139 training facility in Coloma.

Buttigieg added passing the law was just one element of a much larger national project.

“Look, we’ve got the funding lined up. That’s an important step but the real hard part is actually delivering,” he said. “That means having a workforce that is trained and qualified to do these jobs. Everything from installing EV chargers to laying pipe and fixing bridges.”

The infusion of money is welcome news to Ken Miller. He's a seasonal instructor at the center and an excavator operator.

“It’s very important to both our training center and our infrastructure. It’s huge,” he said. “We haven’t had money like this in a long, long time.”

For Miller, there’s satisfaction in helping prepare a new generation of construction workers.

Buttigieg said he’s confident the workers will be found, but it will take time, effort and training.

“It’s not that human beings aren’t there,” he said. “It’s that we haven’t called more people into careers in the trades where we’re going to need the most work and provided them with the skills they’re going to need to thrive.”