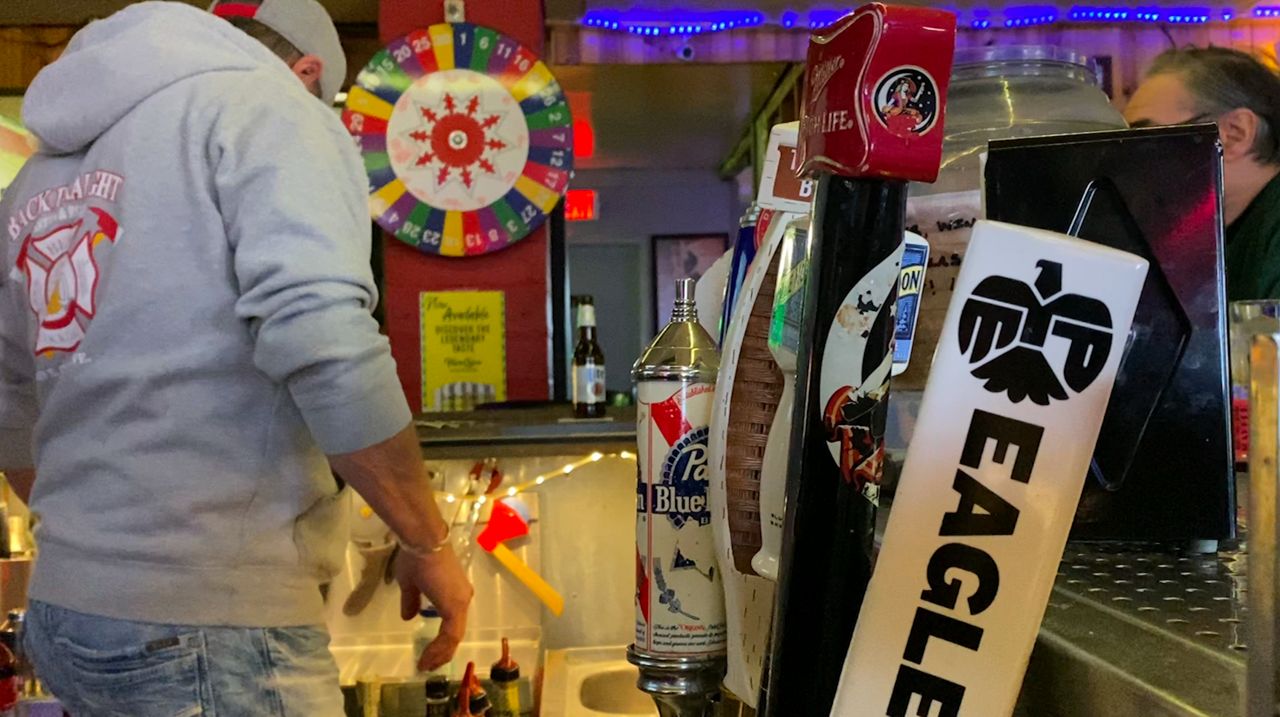 After a previous run-in with the health department, one Milwaukee bar owner isn't taking any chances with the new mask mandate

MILWAUKEE — Terry Lucas has been in the bar industry since the mid-2000s.

He’s the owner of Backdraught, a small bar south of downtown Milwaukee.

He’s seen hard times since 2006, including the pandemic of the last two years, and the economic recession in 2009.

“I’d almost compare them the same, except for the fact that we were forced to close, back then I had the choice; I could do things,” Lucas said.

In October 2020, Backdraught was fined $500 for not following the mask ordinance that was in place at the time.

The citation came while the health department was doing it’s yearly inspection.

Lucas said there were about five people at the bar, and he was working on a thermostat in the back and didn’t have a mask on. He said he had come up toward the bar a few times, one time to give his bartender change. The bartender did have a mask on, but it was down.

“It was the rule; I understand it, but the issue was there really wasn’t an issue with it at the time,” Lucas said. "But, I’m guessing maybe because I didn’t have a mask and literally ran back maybe two times. But it was dealt with.”

He said it’s hard to force guests to wear a mask when they’re in his small bar eating and drinking.

Now, with the indoor mask mandate once again in place, those guests don’t have many options.

“I’ll tell people that enter, if this goes through, without a mask, that a mask is required here. I’ll offer one. We will have them here… either they’re going to come in, take the mask, say no, state a medical excuse, or walk out and go somewhere else,” Lucas said. "That’s what the choices are.”

Milwaukee Health Commissioner Kirsten Johnson said Tuesday there are no fines connected to the mask mandate, and her department doesn’t have the resources to enforce it.

“We frankly, and I’ve said this repeatedly, the City of Milwaukee Health Department, we are really limited on our staff, much like health care,” Johnson said. “We are focused on testing and vaccination efforts and so at this time we do not have the capacity to enforce it. We will be collecting information as calls come in, but that is the most that we can do right now."

Even though the health department isn’t enforcing it, Lucas said he will follow the rules as best he can, but doesn’t like that business owners hav to be the “bad guy."

“I just, again, don’t understand why you’re putting it on the business when someone refuses to wear a mask for whatever reason it may be,” Lucas said.