Silver medalist Kenneth Bednarek, of the United States, poses during the medal ceremony for the men's 200-meter at the 2020 Summer Olympics, Thursday, Aug. 5, 2021, in Tokyo. (AP Photo/Martin Meissner)

From childhood to Tokyo, a local high school track coach has been cheering on Kenny Bednarek since day one 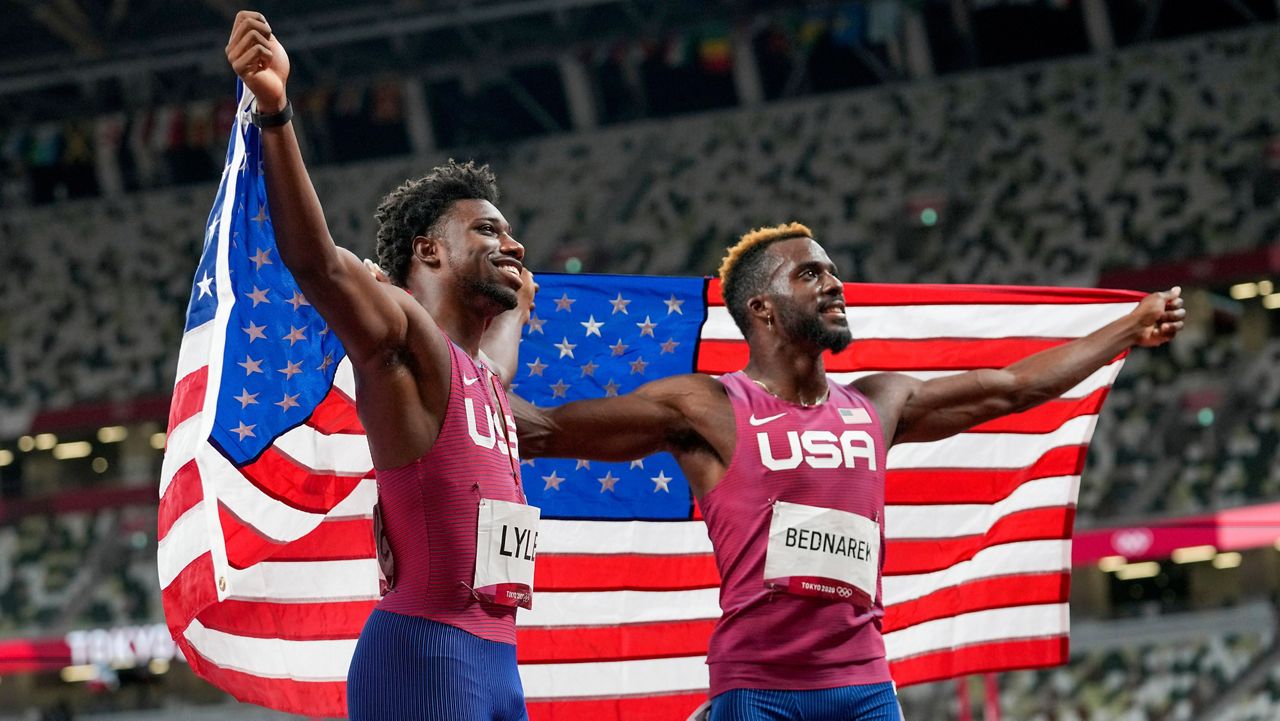 "We heard about him [in middle school] coming up through the ranks," Sasada, now a science teacher in the Tomah Area School District, told Spectrum News 1. "We had him come out and run the 400-meter against some of our best 400-meter kids, and at about the 250-meter mark we found out he was not 'middle school fast'— he was ready to go because he was getting ready to smoke some of the best runners that we already had on our team."

Bednarek's second place finish was actually a personal best for him as he crossed the line in 19.68 seconds, and Sasada said all of Rice Lake is glowing about the hometown kid who made it big.

"Just the support that he has, not just from his Rice Lake community but from across the state— it's absolutely phenomenal," Sasada added.

You can watch the entire interview with Sasada above.