MILWAUKEE— A massive, ongoing ecological cleanup effort in Milwaukee is preparing for its next steps.

Agencies from federal, state, county and city governments, as well as nonprofits and private companies, are working together to clean up waters, sediment and habitat around Milwaukee. While the group eyes construction of a facility to take contaminated material to, the whole project is still several years out from being finished.

What are Areas of Concern

The Milwaukee Estuary Area of Concern spans much of the Lake Michigan shoreline, rivers running through the city and wildlife habitat surrounding the waters. Areas of Concern (AOC) were designated in 1987 under the Great Lakes Water Quality Agreement between the United States and Canada. It designated toxic hot spots around the Great Lakes.

“The Great Lakes that have endured severe environmental degradation from people,” said Brennan Dow, the AOC Coordinator for the Milwaukee Estuary project with the Wisconsin Department of Natural Resources.

“We have a pretty lengthy list of issues,” Dow said. “In order to address an Area of Concern you address these beneficial use impairments through what we refer to as management actions which are also just projects.”

A lot of the issues in the Milwaukee Estuary AOC are tied directly to contaminated sediment — seven out of the 11 beneficial use impairments in the project are tied to the issue.

“If you address this larger issue of contaminated sediment you start to really get at addressing a lot of those beneficial use impairments,” Dow said.

Dow said the contaminated sediment has a cumulative effect. Bugs eat the polluted sediment, fish eat those bugs, birds eat the fish and it goes all the way up the food chain.

Some of the sediment issues have been addressed already, not necessarily through the AOC work. Dow points to projects more than 10 years ago on the Knicknic River and some more recently on the Milwaukee River through Lincoln Park. 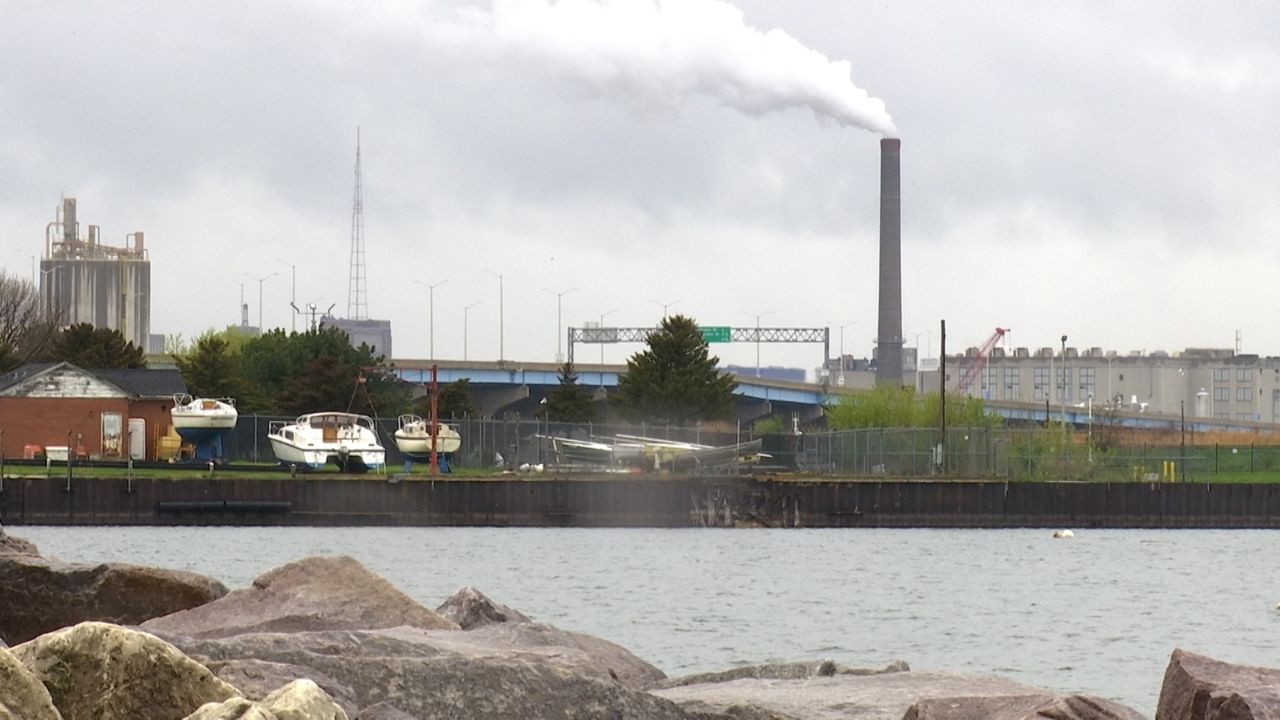 Contaminated sediment underwater in Milwaukee is the subject of most of the cleanup efforts.

“This next cleanup phase is all the remaining areas that need to be addressed, which is a big push,” Dow said.

The issues cause wildlife population declines, deformities and reproductive problems. The contamination issues cause restrictions on how natural area managers can operate, limit fish and other wildlife people can safely consume, and the closure of beaches and other natural areas.

AOC managers have identified the best course of action for cleaning up that material. They plan to construct Dredged Material Management Facility (DMMF) to take contaminated sediment. The Wisconsin DNR did an analysis of the construction of the facility and found that even though it could cost about $135 million to construct it, that was 70% cheaper than the alternative of taking the contaminated material to other landfills to dispose of.

“So it's a substantial, very big component of this entire idea,” Dow said of the difference in cost.

The group is hosting an information session on the DMMF on Tuesday, May 18.

Several organizations are included in the project include the City of Milwaukee, Port Milwaukee, Milwaukee Metropolitan Sewerage District, Wisconsin Department of Natural Resources, We Energies and other groups.

The expensive project has a large funding source. The Environmental Protection Agency (EPA) has agreed to pay for 65% of the project while nonfederal sponsors will cover the rest through a local match. Dow said it's a first-of-its-kind funding agreement with the federal agency.

“Right now, no other areas in the great lakes have done that before,” Dow said.

The group has gotten through the investigation and data gathering phase of the project, they are done with a large part of the feasibility stage and they are looking toward the design stage of the sediment cleanup project.

Dow said if all goes well they could begin construction on the DMMF later this year or early in 2022. The facility could take up to two years to construct before the dredging work begins.

Work elsewhere in the AOC is ongoing.

While most of the problems for the AOC revolve around contaminated sediment, wildlife habitat around waterways leading into Lake Michigan through Milwaukee are a target of restoration as well.

Milwaukee County Parks is a partner on the AOC efforts and has been working to clean up habitats throughout the county. They've been working to identify areas to restore for several years.

Because of years of development, habitat even available to be restored has become limited over the years.

“It's highly developed so, in addition to the impairments that we're dealing with the area of concern, which includes contamination, we have a lot of habitat loss,” Dutack said.

This is why they are so excited about a project in the  Little Menomonee River Parkway, where park crews have cleaned up invasive species and pollution over the past year. The six-mile corridor of habitat is nearly all cleaned up from a thick brush of invasive plants that were choking out native plants and wildlife. 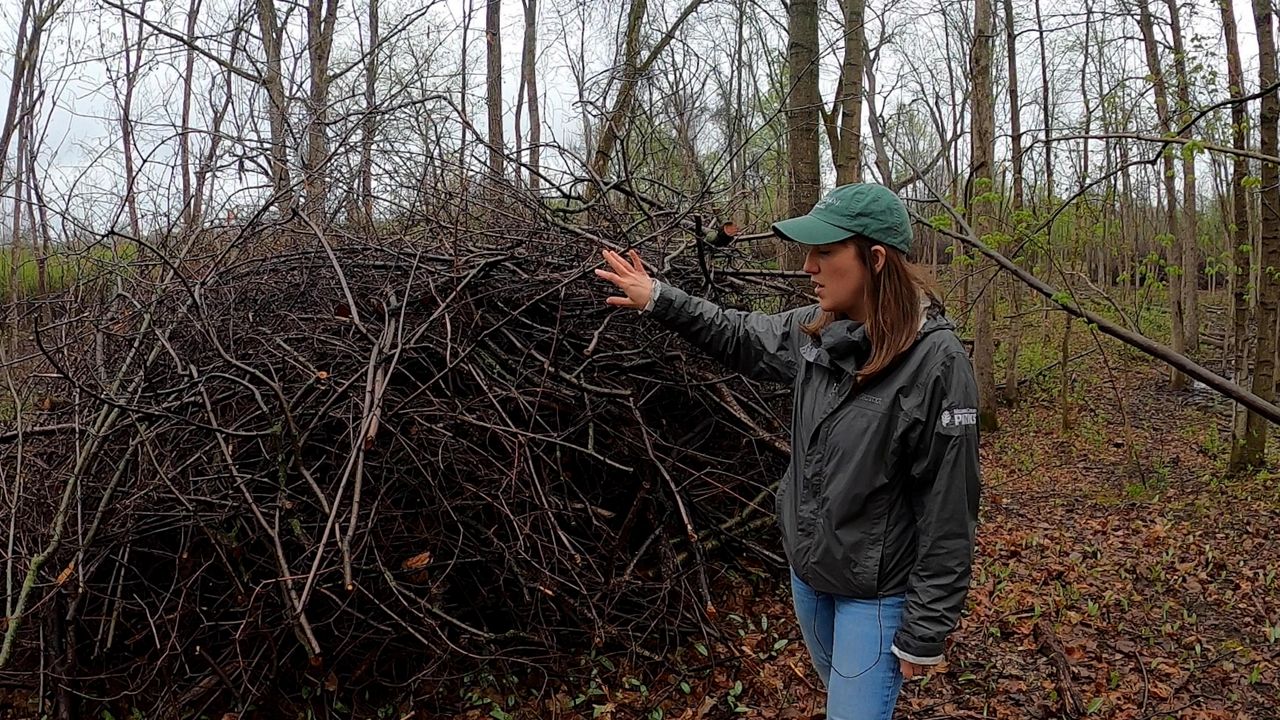 Emilie Burmeister shows some of the invasive plants they have removed.

“That is great not only for the areas of concern because it helps us restore habitat, increase habitat for these species,” Dutack said.

Already native plants have started sprouting this spring, showing a promising future for the corridor.

“I can't even describe how awesome it feels to come back and see the spring ephemerals popping up in this area,” said Emilie Burmeister, assistant natural areas coordinator with Milwaukee County Parks.

“Seeing those species come back is extremely rewarding.”

While it's rewarding to restore this habitat, the Parks crew knows there is more work to do. The next big projects is the Milwaukee River Greenway, seven Milwaukee County Parks in a seven-mile corridor of natural habitat.

“Those projects are kind of all deemed as priorities under the AOC because it helps address those issues of habitat loss or the degradation of populations,” Dutack said. 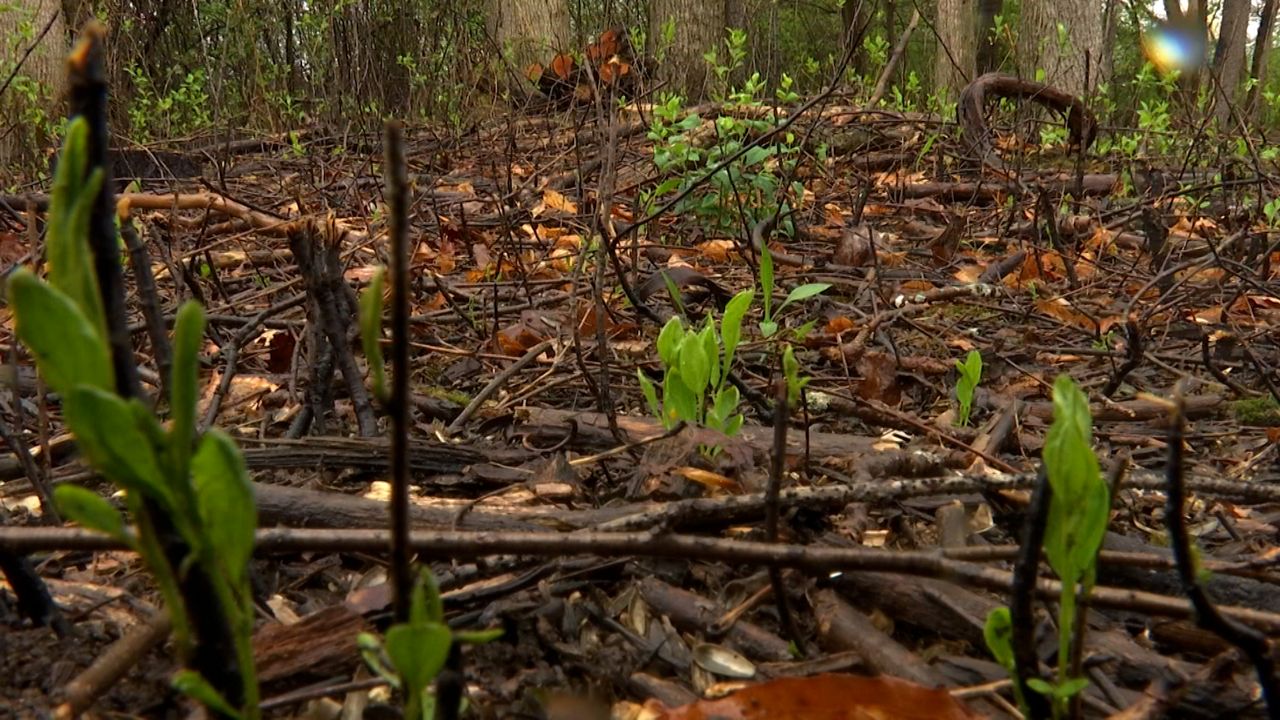 Native plants are sprouting in an area that Milwaukee County Parks has spend the past year restoring.

People working for a select range of agencies aren't the only ones with a say in how the AOC work goes. A community advisory committee organized by the Harbor District will also be receiving updates on the project as well as giving input on the process.

“We felt like what there really needs to be is a core group of community members who can be tracking along with this over years,” said Lilith Fowler, the executive director of the Harbor District.

The Harbor District has been around for seven years with the mission to revitalize the city's harbor area. Part of their mission is cleaning up the natural resources in the area. Fowler said When it comes to sediment contamination, no development is going to come along and clean it up like if the contamination was on land, and it is difficult to identify a responsible party for the contamination.

For those reasons, the Harbor District was happy to hear about the EPA funding going into the project.

“The opportunity to be able to bring in federal funding and federal support to get this done was really a huge win for the city and for the harbor district,” Fowler said.

Fowler recognized that when it comes to federal dollars, that can be intimidating to people wary of a top-down approach. So they wanted an advisory group that could speak to these natural areas that will be cleaned up and temporarily closed in the process, from a community perspective.

“We felt like what there really needs to be is a core group of community members who can be tracking along with this over years,” Fowler said.

Fowler said it was important to the Harbor District that these be paid positions. She pointed out that the rest of the people working in the AOC will be paid. The group sought grant funding to make these paid positions, which they got from Fund for Lake Michigan.

More than 100 people applied to be on the committee and the Harbor District selected nine with a diverse background, occupation, and geographic location in the city. They hope with a representative spread they can address concerns people from around Milwaukee have.

They'll be advising as long as the AOC work lasts, which has no specific timeline as of right now. However, with work advancing, the large-scale ecological cleanup is making progress.