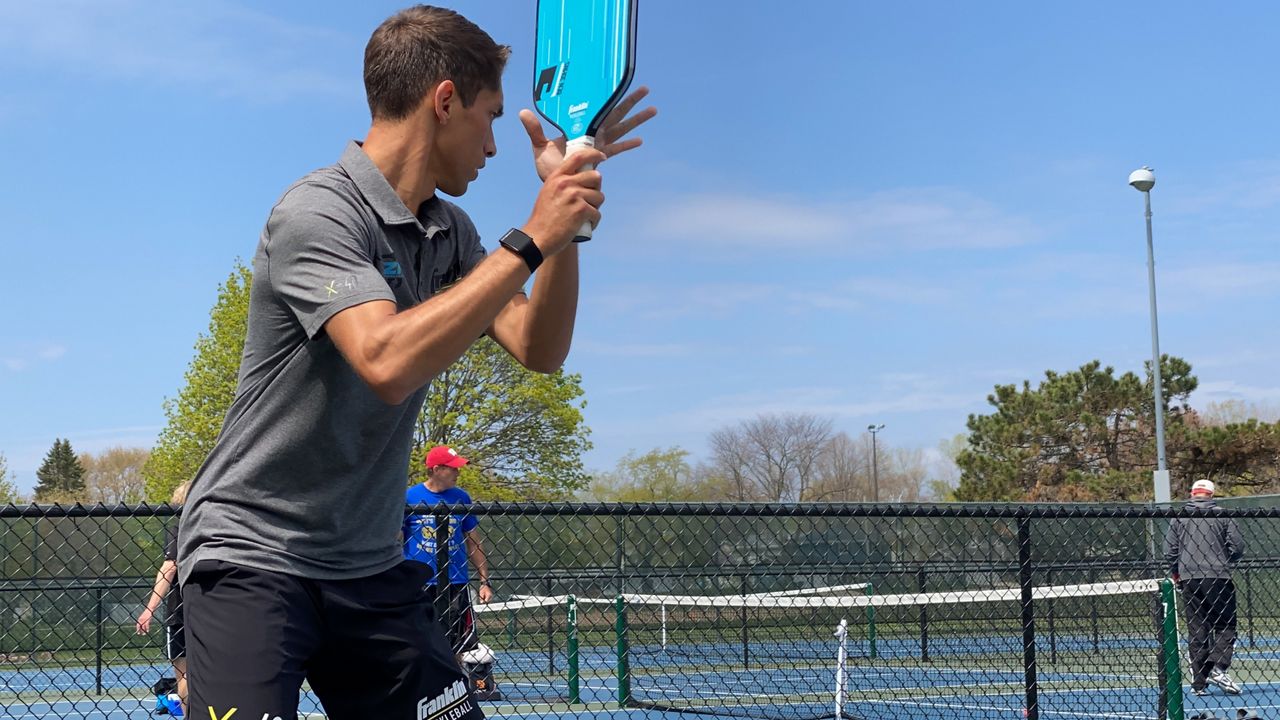 “I’m a racket sports junkie,” Navratil said. "I play all types of stuff with my dad. We play tennis together. I played tennis in high school and college."

Now? His love is for pickleball.

“This one was just something unique, I was good at, and it was just emerging as something you could do professionally,” Navratil said.

In July 2020, in the middle of the coronavirus pandemic, Navratil decided he was going to quit his day job as an auditor with Deloitte, and go pro.

His parents were skeptical.

“I think once I actually started doing a little bit better, teaching a little bit more, getting my name out there, building that social media presence, I’ve kind of laid those concerns to rest a little bit, and I’ve found something that works pretty phenomenally for me,” Navratil said.

Navratil is ranked the second-best pickleball player in the world by Pickleball Global and The Pro Pickleball Association.

“Knowing that there are 10 million-plus people playing this sport and I’m the second-best among them in singles, that’s a pretty cool thing,” he said.

So far this year, he’s won one tournament and came in second in three others.

He said the money doesn’t really come from those tournaments, though. It comes from the clinics he holds, teaching people the sport all across the country.

Those clinics sell out, and he can teach between 16 to 36 people a day.

At $75 per person, it can be a pretty good income.

“Typically the people that come around and come to my clinics are people who are retired, generally a little bit older of a demographic,” Navratil noted.

But, with pickleball growing by more than 20% in 2020, Navratil thinks kids and younger adults will start to become more prevalent at his clinics.

Until then, Navratil said he’s going to continue practicing and playing, so he can eventually be the best pickleball player in the world.