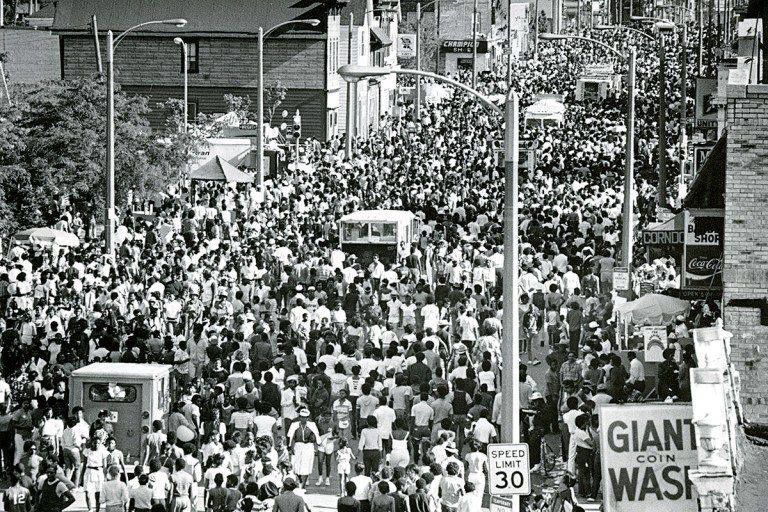 Milwaukee holds one of the largest Juneteenth celebrations in the country

MILWAUKEE (SPECTRUM NEWS) - On June 19, 1865, President Abraham Lincoln signed the Emancipation Proclamation to end slavery. Back in 1971, June 19 became a holiday known as Juneteenth, and on Wednesday in Milwaukee, Juneteenth was celebrated for its 48th year.

It was a day of musical entertainment, education, shopping and great food.

With more than 200 venders lining several blocks of Martin Luther King Drive Wednesday, the rain and cold temperatures did not stop this unity.

Pop, owner of Pop’s BBQ, has been bringing his flavor to Juneteenth for four years and says Juneteenth is a deep part of the city’s culture.

Some attendees traveled hundreds of miles.

Today, Milwaukee has one of the largest and oldest Juneteenth celebrations in the country.

“We just want everybody to have a good time, learn some history and to reacquaint yourselves with some friends and family that you hadn’t seen in a long time,” said Executive Director of Juneteenth MacArther Weddle. He’s helped organize these events for 42 years.

Wednesday’s ceremony also drew in elected officials, like Mayor Tom Barrett, Lieutenant Governor Mandela Barnes and Governor Tony Evers. Evers presented Weddle with a certificate of commendation honoring him for years of service within the community.

Weddle says the Juneteenth celebrations all started in Milwaukee by a staff member at Northcott Neighborhood House, a United Methodist, multi-cultural center.

“They blocked off two streets between Wright and Moniker in 1971, and then it grew to a four-block area where they had about 500 people participating,” said Weddle.

48 years later, Weddle says those numbers have skyrocketed to almost 70,000 attendees throughout the day, and it's even boosted revenue in the area.

“Business started being built on King Drive as you can see now, the development and the differences that all of this has helped make,” said Weddle.

Weddle says he’s hoping the celebration of ancestors and history will continue to make an impact for generations to come.