When artist Daniel Minter learned about the history of a small island off of Maine’s southern coast, he felt compelled to visit. With one short boat ride, he stepped onto the empty shores of Malaga Island.

“I felt a presence. I felt that there were stories to tell,” said Minter.

The island was once home to a fishing community where Black, white and mixed-race people lived peacefully for decades. The state forcibly evicted them in 1912 — digging up the graves on the island and sending a small group of residents to a mental institution. The action came amid the growth of eugenics, a theory of genetic inferiority that state officials applied to the multiracial community on Malaga. 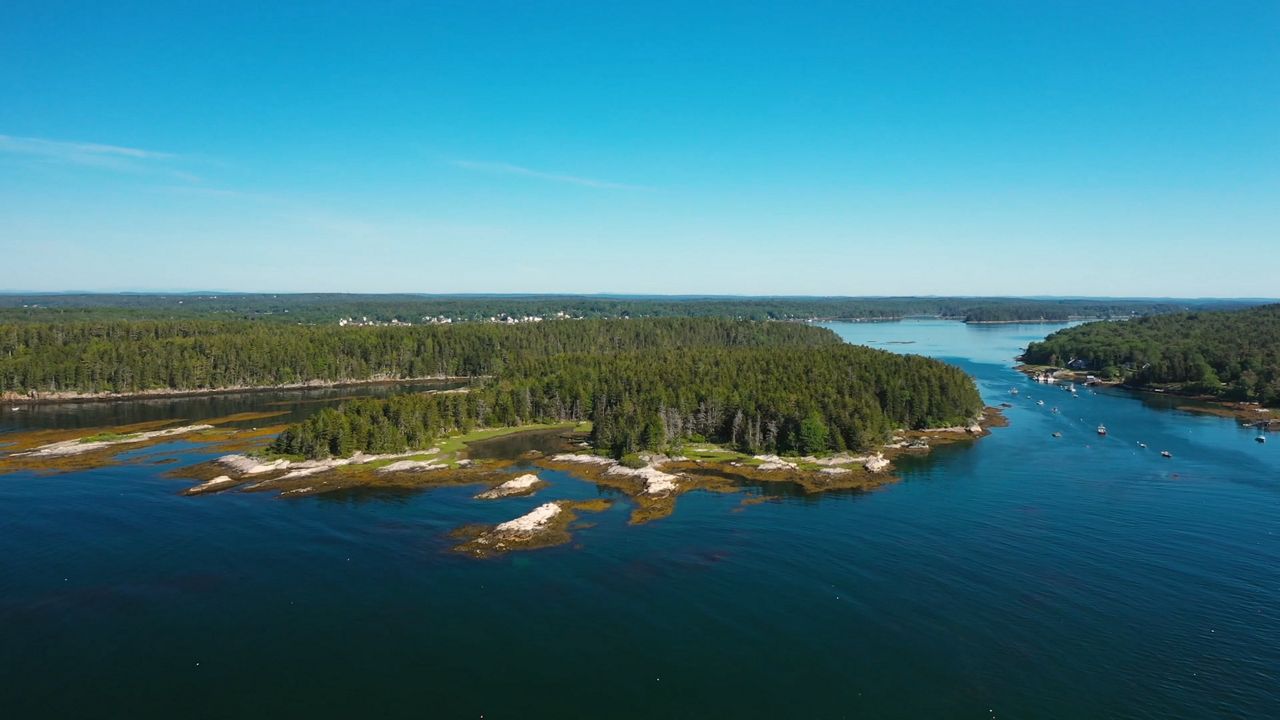 An aerial view of Malaga Island, located just off the coast of Phippsburg in Casco Bay.

Artifacts found on the island, like buttons, and old photographs of Malaga Island residents are used throughout Minter's work.

He sought to simplify and humanize the story, aiming to “reconnect it to the actual families, the descendants, the people who are living it and to the people who have concealed it.”

Minter’s work incorporates old photographs of the island’s residents and artifacts found there, like buttons from a Malaga resident who ran a small laundry business on the island.

“These buttons for me, represent a physical item that is very accessible, that is touched every day, that is worn on your body...it’s a reconnection, you know, to handle the button.”

There’s one symbolic gesture in particular that’s seen repeatedly in Minter’s work around Malaga — figures standing with their hands cupped around their cores. 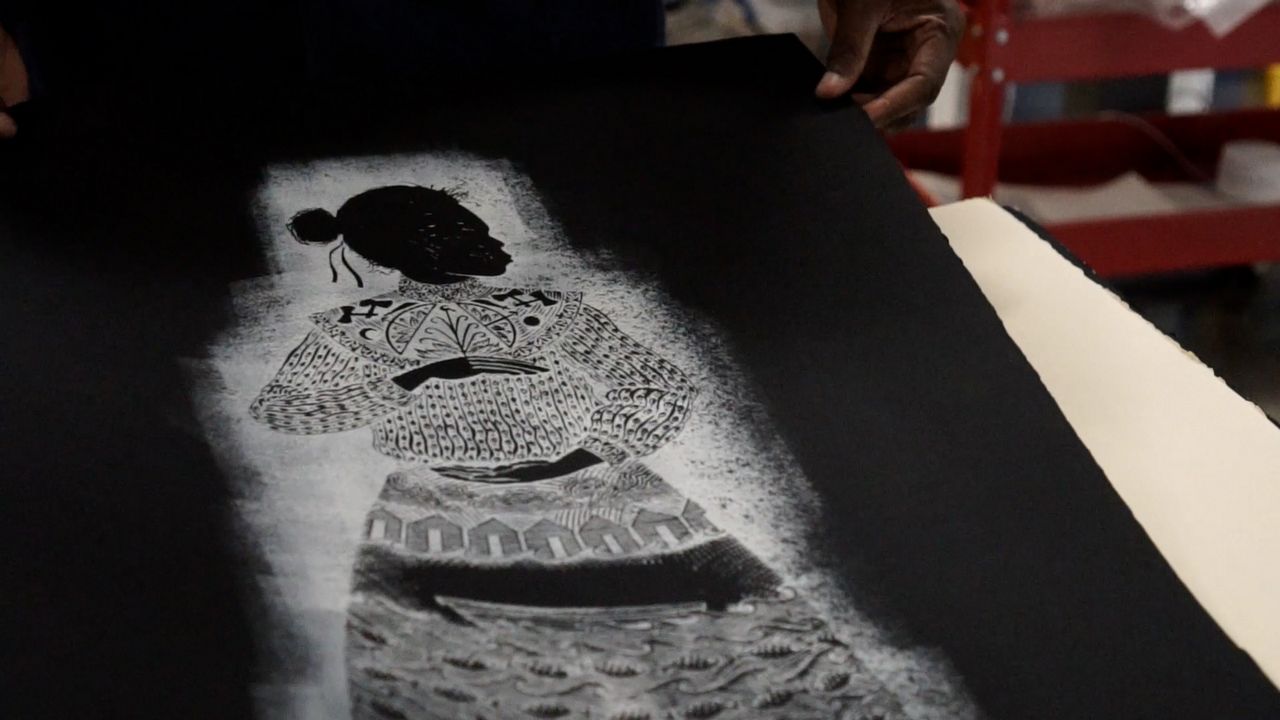 Through retelling the story, Minter hopes to give Malaga’s residents back their dignity. “The fact that we are retelling this story and sharing this story is testament that there were things that could not be taken,” he said.

For Minter, Malaga’s story has particular relevance at this time in history, as calls for racial justice reverberate across the nation.

“The country has always been divided, but the seams are more visible than they've been in a long time,” he said. “In order to understand those divisions, you have to understand stories like the story of Malaga Island.”

Minter added, “It’s really important that Malaga is not forgotten because it could so easily, easily happen again.”