Gasoline prices are pushing above $4 a gallon, the highest average price that American motorists have faced since July 2008, The Associated Press reports. Prices at the pump were already rising prior to Russia’s invasion of Ukraine, but the war has now accelerated that trend. 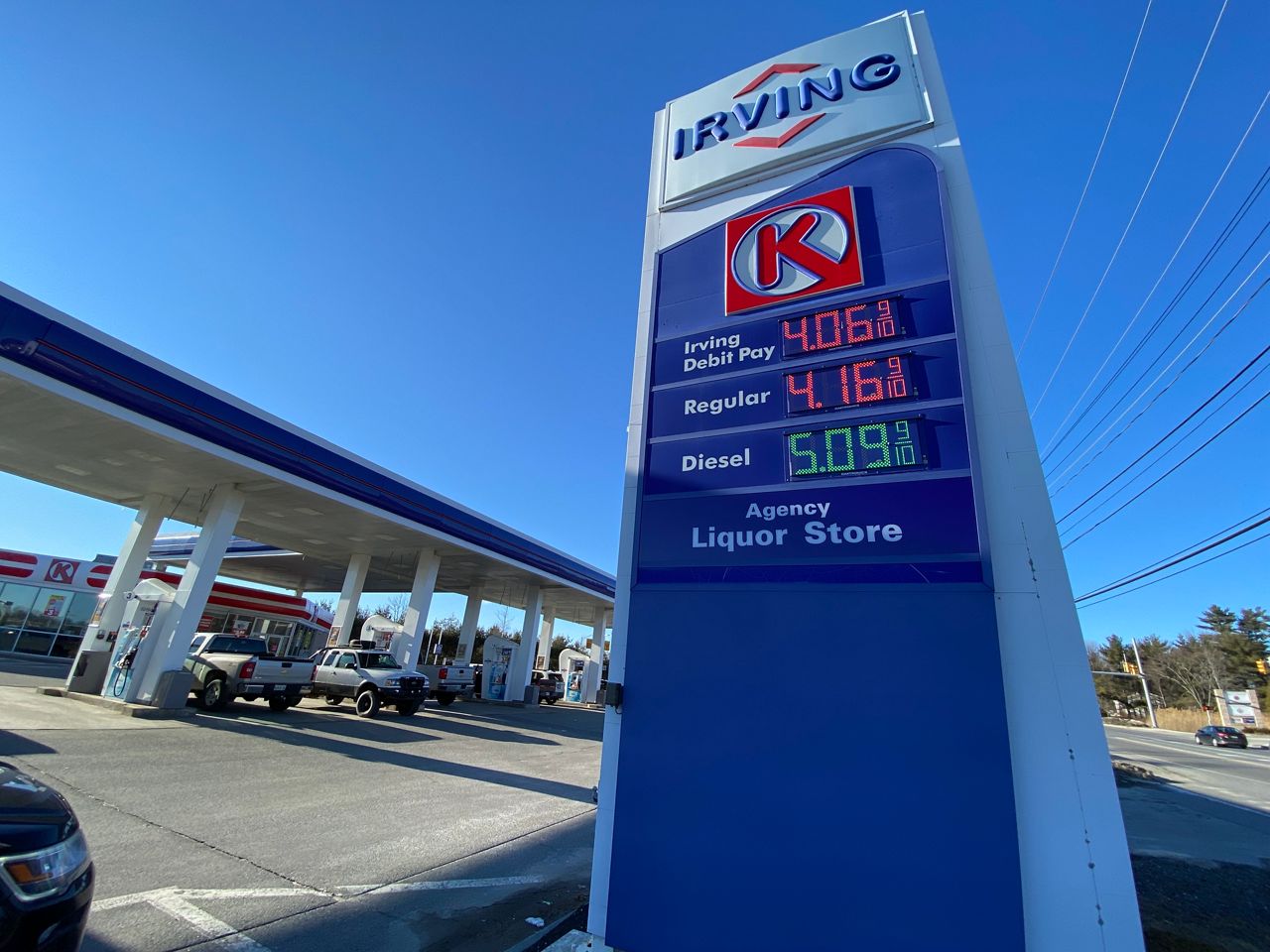 Tuesday's fuel prices are above the national average at $4.19 per gallon. In Augusta, consumers are seeing $4.06 a gallon. (Photo by Susan Cover/Spectrum News Maine).

According to AAA, the U.S. national average per gallon hit a record $4.17 a gallon Tuesday, up nearly 55 cents a gallon since last week, marking the highest price point in nearly 14 years. The average cost per gallon in Maine, however, is slightly higher at $4.19.

The price per gallon for unleaded is $1.46 more than it was in March 2021. Diesel fuel is also seeing an increase, jumping $1.84 a gallon since this time last year.

On Tuesday, Cumberland County saw the highest prices at the pump at $4.24 per gallon, followed by York, Oxford and Franklin counties.

Calculating inflation, however, Americans are still paying less than they did in July 2008 when the peak was about $5.24 a gallon in today’s dollars.