The town of Lisbon is weighing options for a vacant space formerly occupied by the Worumbo Mill. (Photo by Susan Cover of Spectrum News Maine)

With old mill gone, Lisbon looks to the future

If you ask three people in Lisbon what they would like to see at the old Worumbo Mill site, you’ll get three different answers.

That’s why the town is renewing efforts to get public input about the future of the vacant lot along the banks of the Androscoggin River. It’s an important decision with potential impacts for downtown businesses, especially those with a view of the water for the first time in decades. 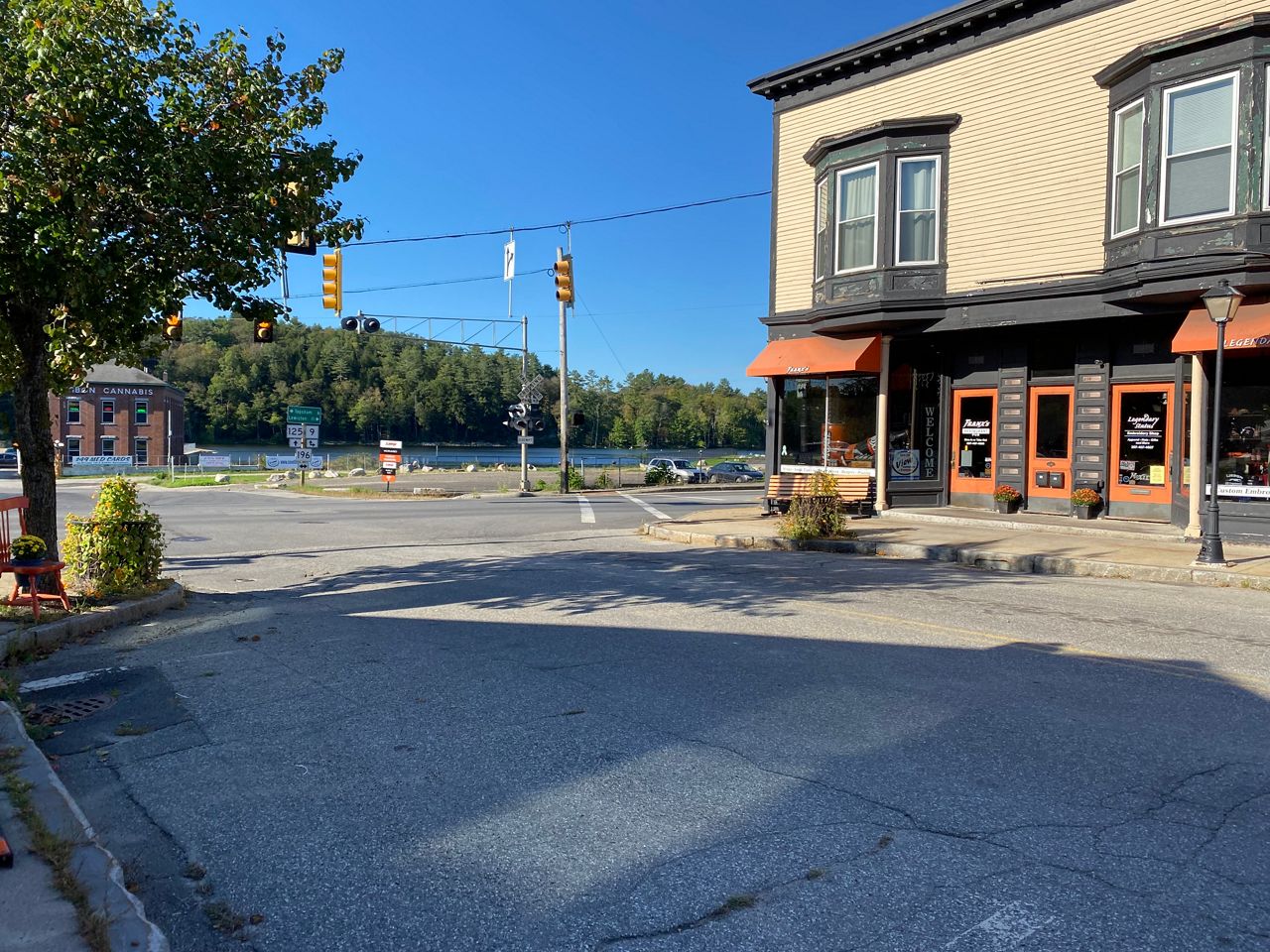 The view from downtown Lisbon, looking across to the vacant Worumbo Mill site.

Traci Austin, owner of Frank’s Restaurant & Pub, which is across the street from the site, said she’d like to see a “small version of Thompson’s Point,” the outdoor venue in Portland.

“A space where you’re able to build a small pavilion to rent for weddings, reunions, events,” she said. “Once you let the ownership go, you’re never going to get it back as a town.”

A group called “Save the View” formed recently after the town proposed redevelopment of the site, including housing or commercial space. Lorelei Hilliker, owner of 207 Edibles, which is in a building near the vacant lot, said she’s fine with a one-story commercial building if the rest is kept open for events.

“We don’t have another opportunity like that,” she said. “If they put up another three-to-four story building, we’re back to mill town.”

Hilliker and her husband, Jason Smith, are both running for Town Council because they don’t feel like residents have had enough input into the planning process for the site.

“It’s the view we would not like to obstruct,” she said. “We’ll grow and more businesses will want to come here because of the waterfront we’ve created.”

During a tour of the site on Wednesday, Lisbon Economic and Community Development Director Brett Richardson said he and other town officials understand that residents want more input.

“We proposed a public input plan to demonstrate tangibly we’re not done,” he said.

In early September, the Lisbon town council approved hiring a Maryland company to conduct a market analysis, which will include meetings with local business owners, developers and others, according to the Lisbon Development Committee. The public input plan includes a community meeting in December, surveys early next year and possibly a community vote in March 2022.

The potential redevelopment of the former mill site comes at a time when the town is also working with the local Masonic Lodge to use part of their building as a place to open a co-working space. The 1879 former hotel is one block away from downtown and can serve as a hub for those who need temporary office space or chefs looking for commercial kitchen space, Richardson said.

Lisbon was one of three towns in Maine to receive funding from the National Main Street Center for downtown revitalization, along with Monson and Skowhegan. The towns are working with the Maine Development Foundation and Main Street America to get advice on best practices.

“We have an opportunity with Main Street, with places like this, to not only do the work of launching new businesses or helping businesses to scale, to actually connect people,” he said.

For Verla Ridley, a retired town employee, the future of Lisbon looks bright for both the co-working space and the Worumbo lot.

“It’s big enough that you could have beautiful views, park benches and also have some business,” she said. “I don’t see why you couldn’t do both.”