A Brunswick-based rocket company is scouting sites in Washington County as bluShift Aerospace looks for its next launch location.

In January, the company launched the first commercial rocket powered by bio-derived fuel in the world. A year from now, bluShift hopes to follow that up with another space flight, possibly from an island off the Maine coast, CEO Sascha Deri said Tuesday.

The challenge is finding the right place that’s far enough away from homes and property, but also allows the rocket to head south over the ocean, he said.

“Initially what we are going to be doing is launch up to space and bring it back down, suborbital,” Deri said. “But the big source of revenue is when we get to the point where we launch things orbitally and in that case we’re going to go due south, head to the south pole and loop around to the north.”

That route is called the polar orbit and is attractive to researchers and academics, which Deri hopes will be the core of his business.

“First and foremost what we’re targeting is launching for research customers,” he said, which could include NASA and NOAA. “If researchers want to get to space today they have to ride with a much larger satellite or larger payload to space. They have no priority on that launch.” 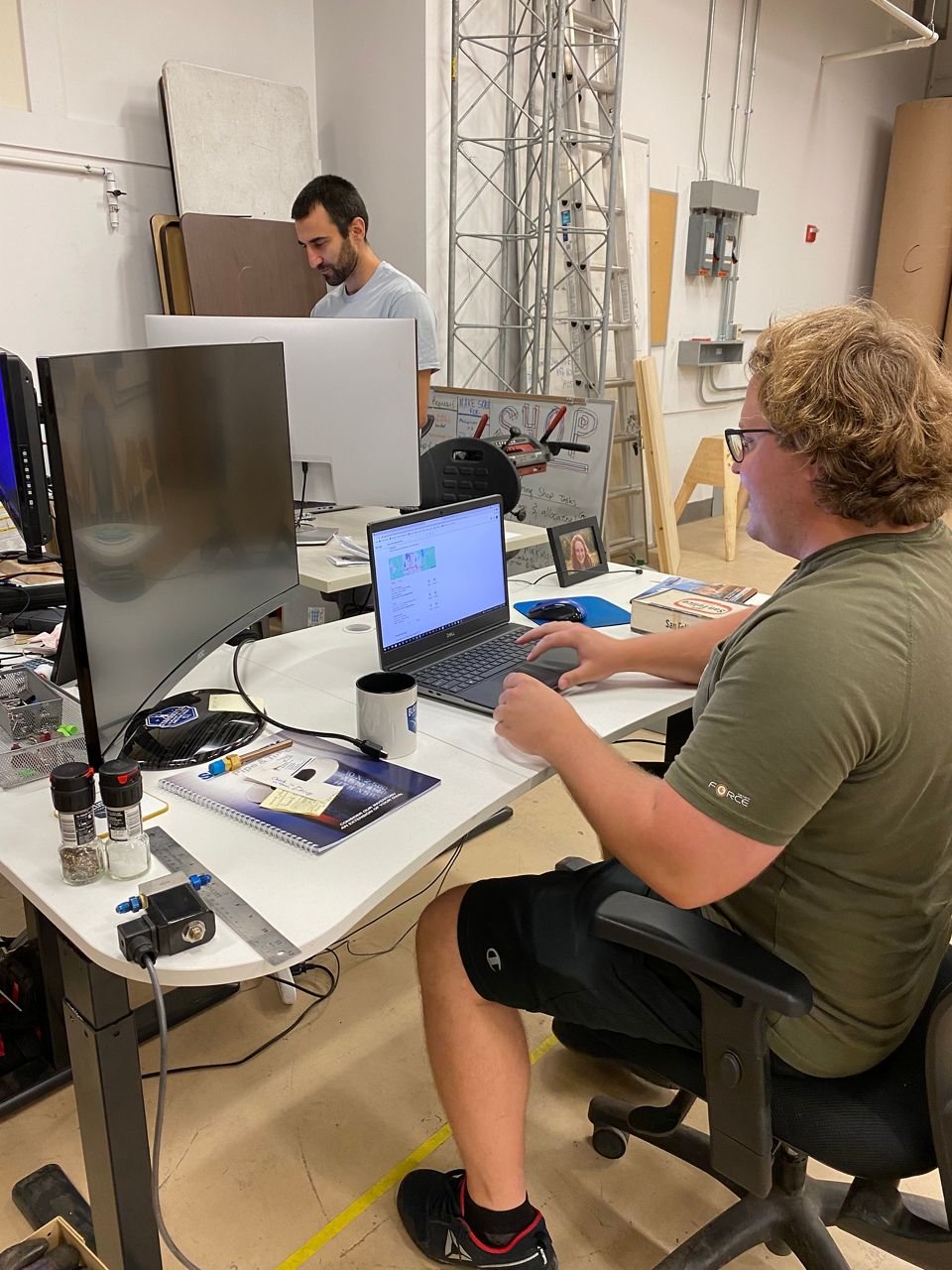 While speaking with potential customers, Deri said researchers told him that they sometimes gave up on their projects because it took so long to get on a flight.

“All too often they might be able to get a launch, it wasn’t to the orbit that they wanted,” he said. “They had to change their science to fit with what they could get in terms of a launch.”

BluShift will target researchers who want to get experiments to polar orbit. Only two other states in the U.S. offer that – California and Alaska – and it’s expensive, he said. Their biggest competitor is in New Zealand.

Deri is a Maine native who moved back to the state to found the company at Brunswick Landing, which offers plenty of room for expansion and development.

“The only way we can be competitive and offer such a small dedicated payload bay is because we’re launching from Maine and we’re able to get the launch and logistics costs way down,” he said.

Steve Levesque, executive director of the Midcoast Regional Redevelopment Authority, which oversees the former Brunswick Naval Air Station, said bluShift is one of the rapidly growing businesses at Brunswick Landing. The company started as part of the technology incubator program and has moved twice as it has grown, he said.

“It’s exactly the type of innovative company we want to develop here,” he said.

The company fits in with a larger goal of creating a SpacePort in Maine that Levesque hopes will be based at Brunswick Landing. A strategy to make that happen will be presented to the governor by year’s end, he said.

bluShift pitches itself as an environmentally sound option – Deri said his fuel is “very close to carbon neutral.” His fuel blend is a proprietary secret and it took four years to figure out the optimal mix. They recently signed their first customer contract with a Virginia company that promotes educational research.

“They have been trying to find a launch vehicle company that will allow them to launch their tiny, lightweight student science projects for years,” he said.

In addition to that contract, the company recently raised nearly $830,000 through a crowd-funding campaign. And, a successful launch before Oct. 2022 will help the company qualify for NASA funding between $350,000 to $550,000, he said.

bluShift is part of a growing and potentially lucrative industry that launches nanosatellites into orbit to support communications, such as broadband or satellite television. The satellites weigh less than 10 kilograms (about 22 pounds) and Deri said his rockets will be able to handle about 30 kilograms of payload.

Another potential customer is “earth imaging” which would allow scientists to “get a full image of the entire planet once a day,” he said.

Over the next five years, Deri hopes to hire 40 to 50 people as his company grows. Right now, he needs two technicians to help with wiring, welding, and running a forklift.

“We need them yesterday,” he said.