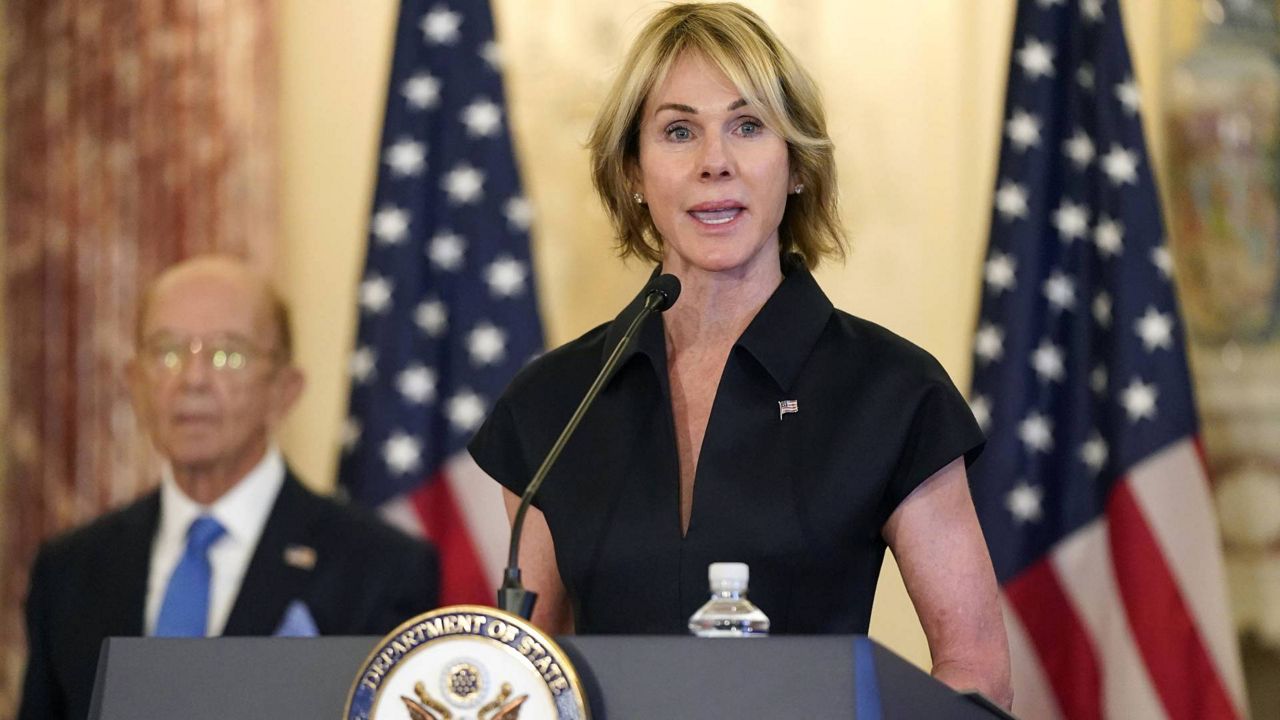 FRANKFORT, Ky. — Former United Nations Ambassador Kelly Craft launched her long-anticipated campaign for Kentucky governor on Wednesday, saying the state's “best days are ahead of us” as she joined a crowded lineup of Republicans competing to challenge Democratic Gov. Andy Beshear next year.

Craft has spent years cultivating connections within the GOP as she and her husband, coal magnate Joe Craft, donated millions of dollars to Republican candidates. Now as she transitions from party activist to political candidate, she enters the fray with advantages — the ability to tap into her family's wealth to finance her campaign and her resume from Republican Donald Trump's presidency.

“I’m all in for her,” Comer told The Associated Press in a phone interview. “She has a work ethic that’s second to none. ... And I’m pretty confident that within 30 days she’ll be at the top of the polling. And I feel like she’s got what it takes to close the deal and not just win the primary but become our next governor.”

Craft touted her Kentucky roots and offered broad themes in her campaign announcement that was markedly light on policy positions.

“I’m running for governor because I know our best days are ahead of us," Craft said in a news release. “This movement is for all of us who still believe that we can lead in education, that government doesn’t get a seat at our kitchen table and that our kids should grow up in safe neighborhoods.”

For more than a year, political insiders from both major parties in Kentucky had wondered if, or when, Craft would enter the hotly contested GOP primary for governor. The party votes are in May 2023 and the general election is in November 2023.

In 2019, Trump appointed Craft to serve as U.S. ambassador to the United Nations.

But her connections with Trump, who easily carried Kentucky in the 2016 and 2020 presidential elections, were neutralized by his endorsement this year of Republican Attorney General Daniel Cameron’s bid for governor in the Bluegrass State.

Shortly after Craft's Wednesday announcement, Cameron released a new campaign ad titled "Only One," boasting his endorsement from Trump and calling himself "the only one we need for Kentucky governor."

Craft was born in Lexington — the state's second-largest city — and was raised on her family's farm near Glasgow in south-central Kentucky.

I'm Kelly Craft and I am running for Governor of Kentucky because I know our best days are ahead of us.

The Crafts have been major donors in supporting academic initiatives and institutions in the state, and she stressed her commitment to education in her campaign rollout. She pledged to direct “maximum financial resources” to support education, calling it the “most important duty” for government, while cautioning that it “has to be in partnership with parents."

Kentucky has tilted decidedly toward the GOP in recent years, but Beshear has consistently received strong approval ratings from Kentuckians in polls.

Kentucky's Democratic Party Chair Colmon Elridge called Craft "absent, inexperienced and unqualified" in a statement shortly after she made her candidacy official.

"Kelly Craft bought the only public offices she's ever had -- then didn’t show up for work. Now, even though she lists her address in Oklahoma, Matt Bevin's biggest supporter wants to buy the Kentucky Governor’s office," Elridge's statement read.

The Democratic governor is expected to highlight his management of the state’s economy in asking voters for a second term. Kentucky has posted records for job creation and investments during his term and has recorded its lowest-ever unemployment rates.