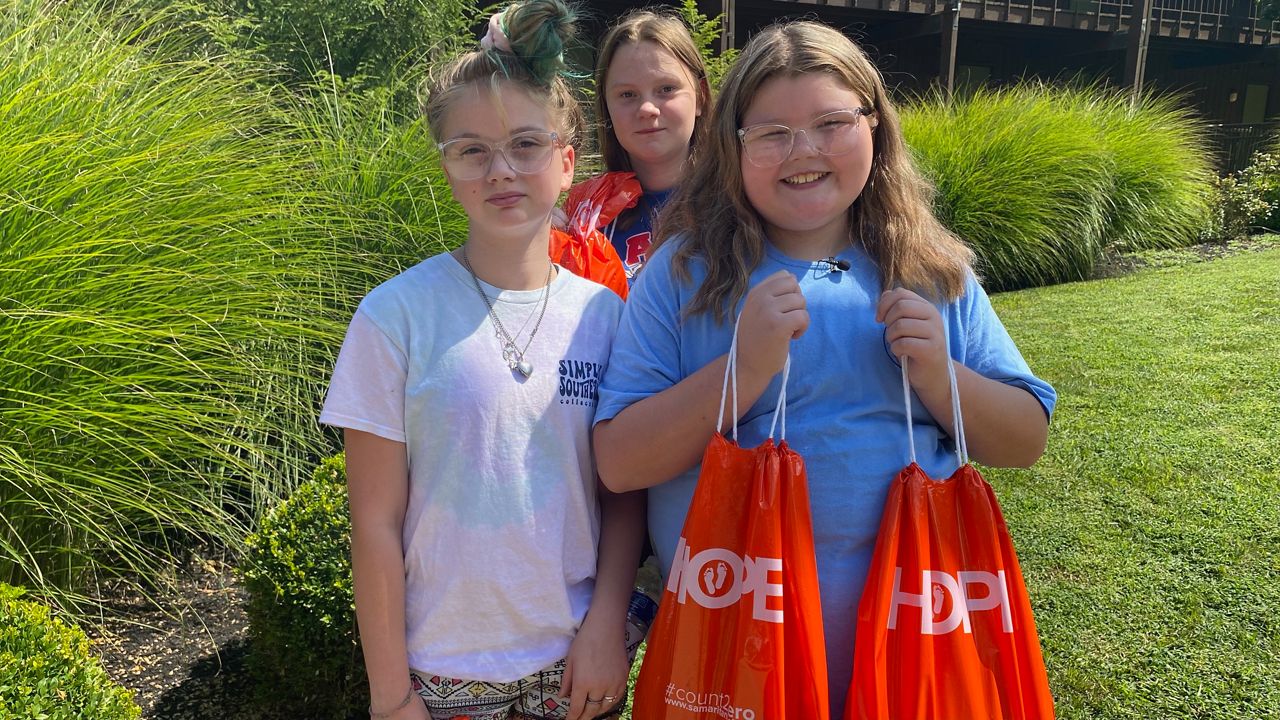 PRESTONSBURG, Ky. — Thousands of eastern Kentuckians were displaced after the deadly floods that swept through their towns.

As families rebuild from the ground up, a humanitarian aid organization is hoping to help thousands of eastern Kentucky flood victims, including Brookylnn Cook.

“I was at my dad’s house when it started raining hard and then my dad went to check it out,” Knott County resident Cook said. “It was like 2 a.m. when this happened and then they just had to wake us all up and we had to get the baby.”

Samaritan’s Feet International, a humanitarian aid organization that serves and inspires hope by providing shoes to those in need around the world, did just that in Prestonsburg and Buckhorn.

The organization gave away 5,000 pairs of shoes and 10,000 pairs of socks to those devastated by the flood. That’s where Cook and her family stood, waiting in line for their sign of hope.

“It destroyed mostly all of our stuff except the beds,” Cook said. “It kind of just ruined everything and made it stain, so we had to go buy more clothes.”

“It’s humbling, we take a lot of things for granted and these people have lost everything and still come here with a good attitude, seeing them just get a new pair of socks and shoes, how they light up, it keeps life in perspective,” Elzy, head coach for the University of Kentucky women’s basketball team said.

Left mass this morning thinking about our trip to eastern Kentucky yesterday and two things came to mind: pic.twitter.com/tCnv6RXT06

As they took part in the act of foot-washing, a gesture for a better life.

“We’re washing their feet. That’s servant leadership and then giving them a new pair of shoes as we’re giving them a message of encouragement and hope,” Elzy said. “There’s nothing like having a little girl. She wanted to change the world and to let them know to dream big.”

That’s what Cook hopes to bring home to her family, a pair of new shoes for herself and her sister.

“It’s worth helping my family get stuff that they need,” Cook said. “So yeah, it’s worth the wait.”

As well as the dream that things will get better.

Since its start in 2003, Samaritan’s Feet International has served over 8.7 million people across 103 countries.