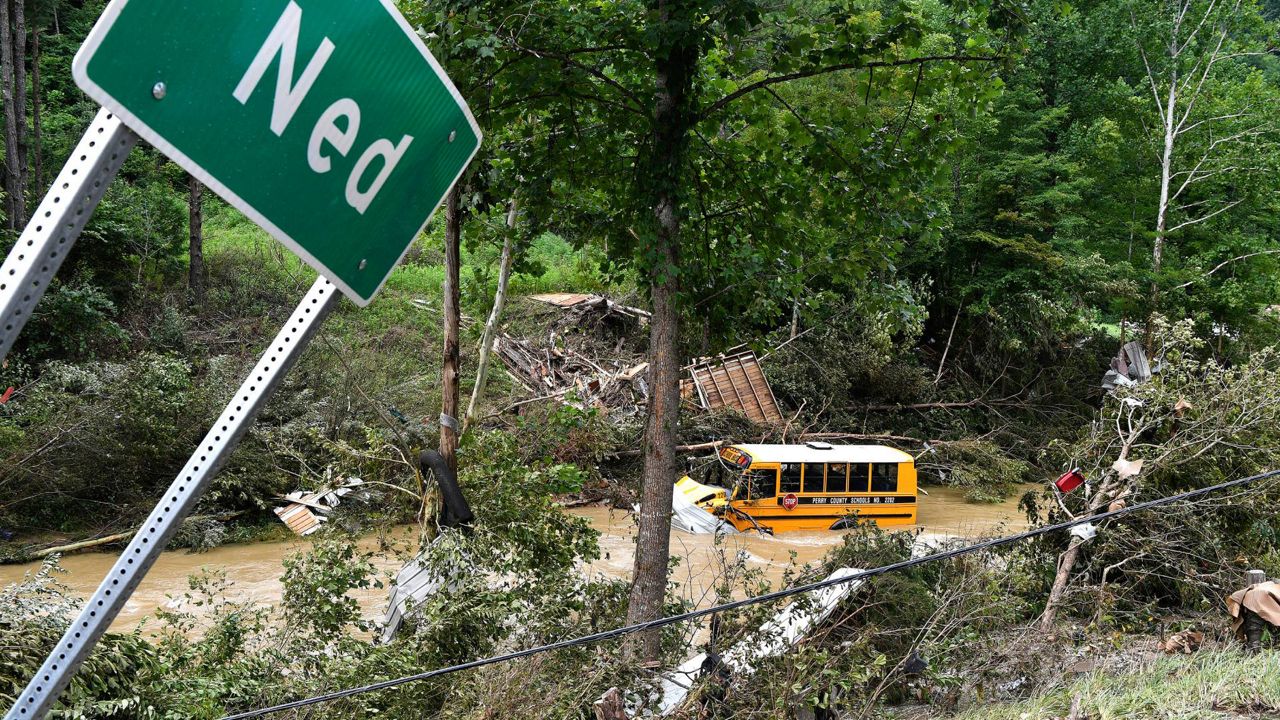 By Ashley N. Brown Kentucky
SHARE
HAZARD, Ky. — For the past two weeks, it’s been early days and late nights for Susie Sizemore.

“It’s so overwhelming and when you’re here, you’re so busy working all of the time that you go home and collapse,” said Sizemore.

Sizemore has been helping at the flood relief community distribution center in the old JC Penny building in Perry County since floods washed out the homes of those in her community.

“We have people mucking housing, we have them cleaning carrying out walls, we have them coming here too to help with the distribution and it’s like there’s never enough volunteers,” said Sizemore.

Flood victims line up hours before the center opens to get essentials like food, diapers and water.

“A lot of people have been displaced. Their whole home has washed down the creek, the river, so this is not a short term, it’s a long term,” said Sizemore. “If they have lost everything what are they going to do?”

Witnessing the relief the resources at the center provides flood victims makes the long volunteer shifts worth it.

“We have had several volunteers who have been with us the whole time. Well it does get overwhelming so everyone needs a break,” said Sizemore.

But as days go by, more volunteers are ending their duties to return to work and other obligations.

“We’ve had a lot of church groups that have come in with teenagers that have just been phenomenal, but they’re going back to school and schools are starting so we have a lot of volunteers that we have lost,” said Sizemore.

She is thankful for those who travel from far and near, for a day or a week, to help those who need it most.

“It really gives you like cold chills all of the people that’s coming together and all of the organizations, all the volunteers, all of the community agencies that are helping one another. We’re very appreciative,” said Sizemore.

She hopes that help continues over weeks, months and years to come as the people of eastern Kentucky rebuild their lives.

No sign-up is required to volunteer at the flood relief community distribution center.