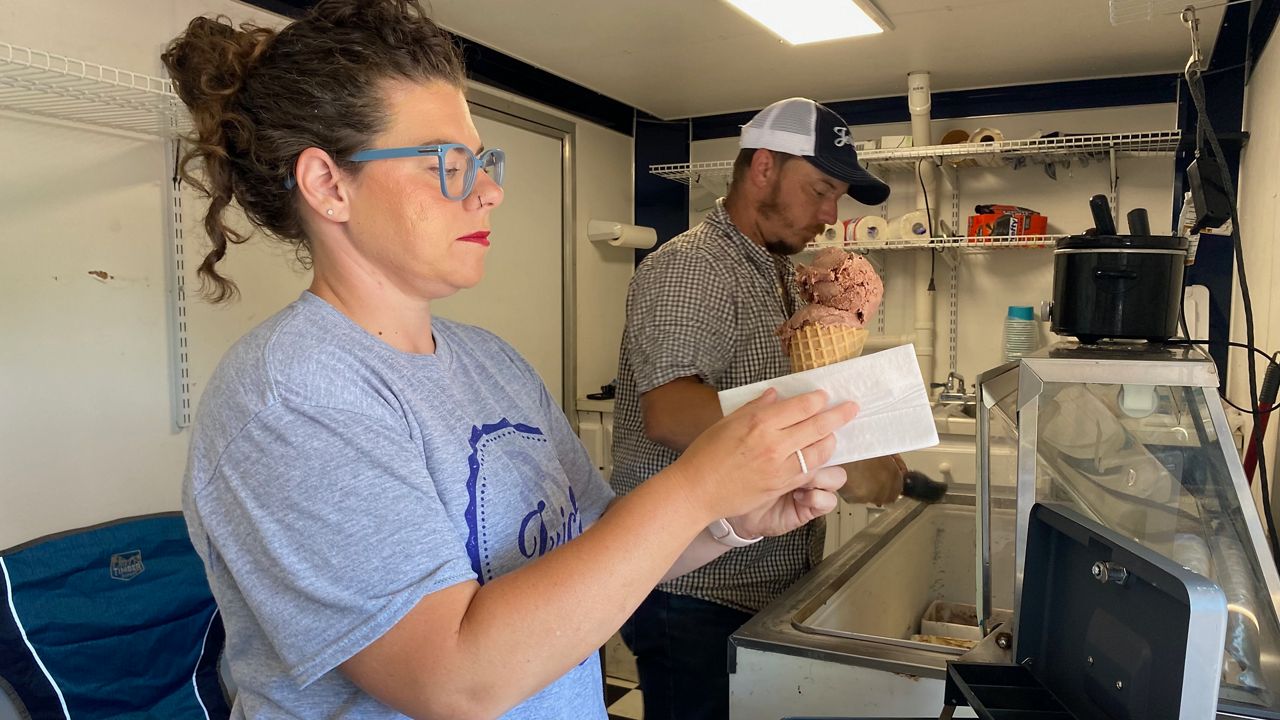 HENRY COUNTY, Ky. — At one time there were nearly 265,000 dairy cows throughout the state of Kentucky, but that number has decreased dramatically to just 45,000.

One Henry County dairy farm has experienced this loss first-hand.


The 475-acre Jericho Acres Dairy Farm has been passed down to generations of farmers, including Curtis and his wife Carilynn Coombs.

“We met in college at the University of Kentucky where we both had an interest in dairy, so we were both in the dairy club. He was AG education, and I was animal sciences,” said Carilynn Coombs.

Curtis, a third generation farmer, grew up on the land whereas Carilynn grew up on a dairy and tobacco farm in Western Kentucky.

“Curtis and myself have always envisioned doing some sort of agri-tourism, so inviting schools and tour groups onto the farm eventually [was the goal],” Carilynn Coombs said.

The two have since been a part of both the dairy farm. Their newest additions in 2019, which included purchasing a trailer to sell ice cream and building a farm market (Jericho Farmhouse), just celebrated its first anniversary, serving as a home for their ice cream production.

Jericho Farmhouse wasn’t always the plan for the Coombs family. The farm was once milking a herd of 80 cows. That was until 2018, when they received a letter from their processor that their milk was no longer needed and their contract was canceled.

Later that year, the Coombs were forced to sell their entire herd.

“All of a sudden there weren’t cows here anymore,” Coombs said. “My father-in-law said once it was like losing a member of the family. It was like losing a part of him because it had been here since the day he was born, so he never knew anything different.”

After hearing the news, Chip Gaines, the co-star of HGTV’s Fixer Upper, invited Carilynn and Curtis to Waco to develop a business plan and surprise the couple with $50,000.

“That’s what my mother-in-law kept saying, that gift was the ability for us to take a deep breath and not be so tense when all year we had been tense because we didn’t know how we would be paying the bills or paying our land payments,” Coombs said.

The Coombs ultimately decided on a three-part project with the first two stages already complete, purchasing a trailer to sell ice cream and opening a farm market on their land. For the Coombs family, it’s more than just the comeback.

“As far as that’s concerned it’s more about making the life that we want to live as opposed to yeah it’s a great comeback story but this is kind of what we want to do so we just have to fight for it,” Coombs said.

It’s about getting back that family member they once lost.

The third stage for the Coombs family is to once again restart the dairy farm and process their own milk for their ice cream. The timeline for the third stage is still to be determined.