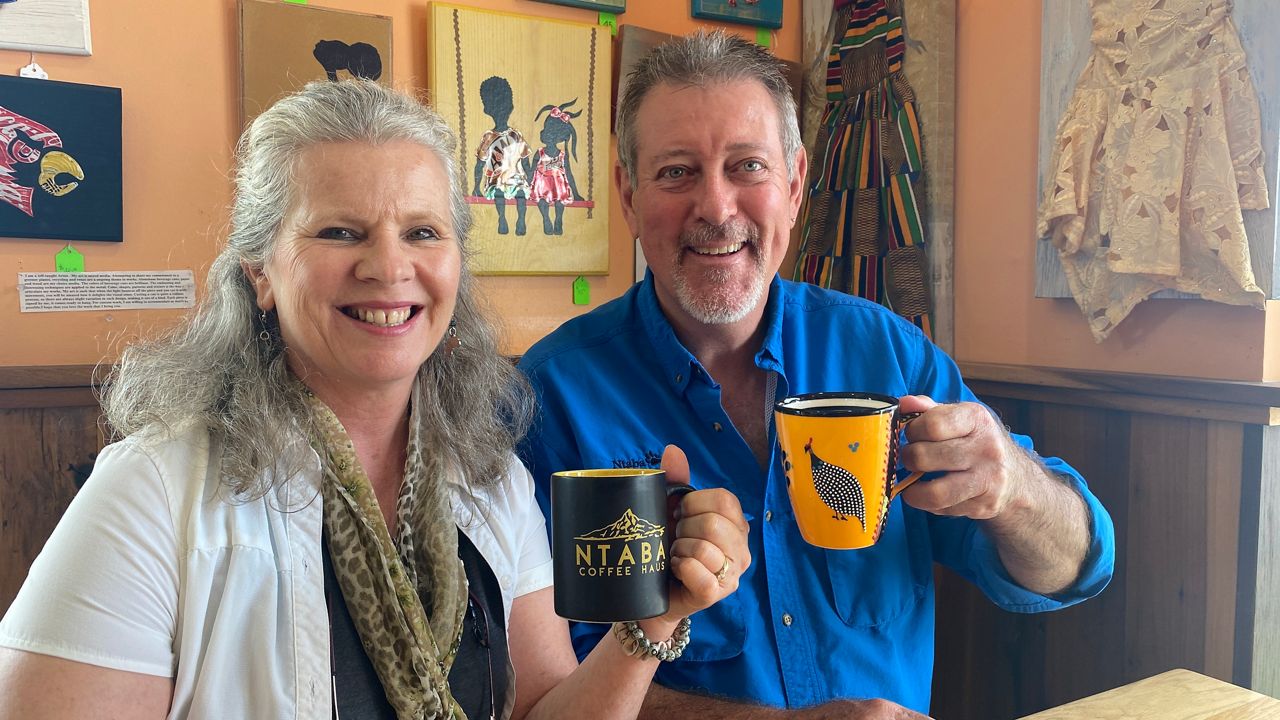 Robin and Stella Mountain opened Ntaba Coffee Haus in Louisville. All of the coffee brewed in the shop is shipped directly from Africa where the couple is from. (Spectrum News 1/Ashley N. Brown)

When they moved from South Africa to the Commonwealth, they brought a piece of their heritage with them.


The Mountains are fifth-generation South Africans. They immigrated to the United States 20 years ago.

They started in California with a honeybee breeding business. Then, a teaching job at Kentucky State University brought them to the Commonwealth.

“I suffered from a rare disease and Elon Musk suffers from it as well,” said Robin Mountain. “I can’t work for a salary.”

So in 2015, they opened Ntaba Coffe Haus where they roast coffee and sell foods and products imported exclusively from their motherland.

“I know the regions and the farmers where this coffee comes from and that for me is a great, exciting circle,” Robin Mountain said.

Alongside a taste of the continent, the couple offers a full experience of Africa through their company, Ntaba African Safaris.

“While I’m planning it, I relive it, so I fulfill that I’m on safari all day long because I work on it and you see that the accommodations and that’s really exciting,” said Stella Mountain.

The safari business allows frequent trips back home and they always pack a little extra to leave behind.

Five years ago, the Mountains started collecting bras for women in Africa.

“What really really touched my heart was a young lady saying to me after she received the bra was, ‘Thank you, now I can go now I can go for a job interview,’” Robin Mountain recalled.

It’s just one of many efforts the couple is taking to fulfill the mission of blessing his homeland.

“I’ve got to that stage in life where other people’s lives are more important to me than my own,” Robin Mountain said. “We have a word in southern Africa. The word is ubuntu. That means caring for each other as you would like to care for yourself.”

This summer, a second Ntaba Coffee Haus will open in Louisville on Fern Valley Road. That shop will operate 24/7.