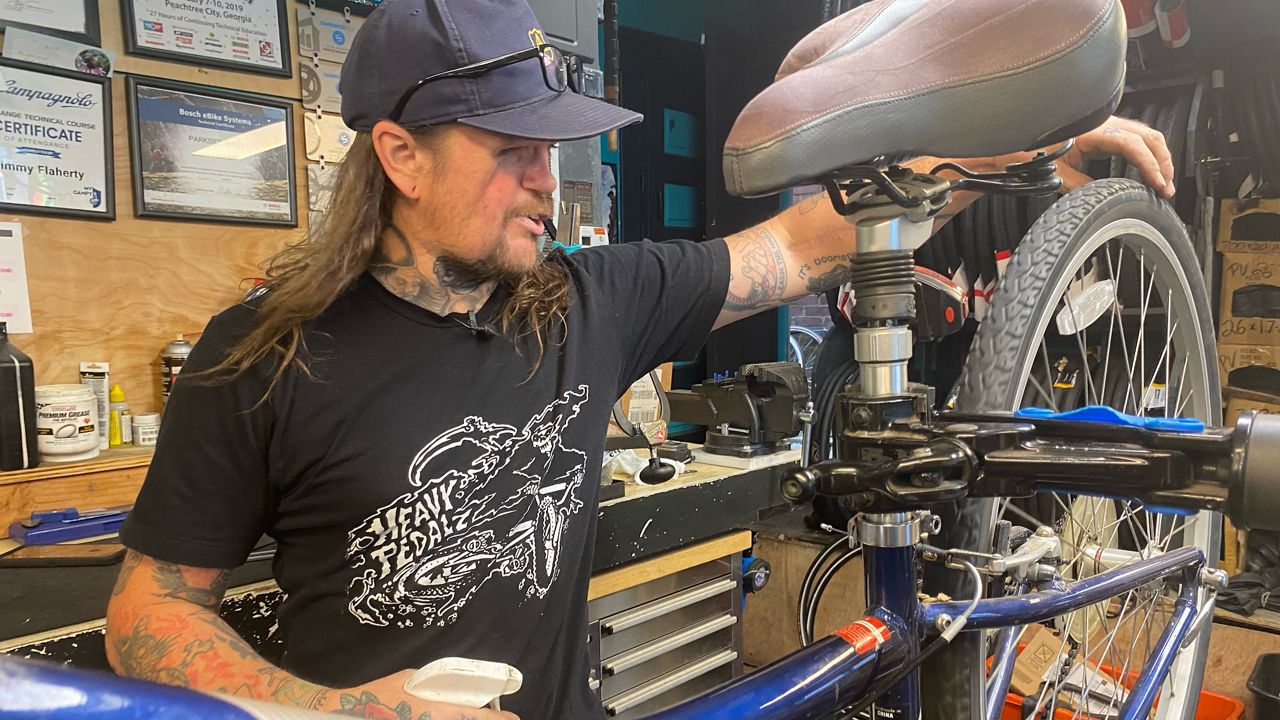 LOUISVILLE, Ky. — From a young age, Jimmy Flaherty knew bikes were his passion.

“I started racing bikes in the 80s and fell into working on them, decided I liked working on them more than I liked racing them,” Flaherty, co-owner of Parkside Bikes said.

For 34 years, Flaherty has been using his bike as an alternative way of transportation.

“It makes the day start out a lot better,” Flaherty said. “I live about 6 or 7 miles away and it’s a nice decent ride, could be better. Cycling in Louisville isn’t the most friendly. Just a good way to start the day and it’s way cheaper than gas.” 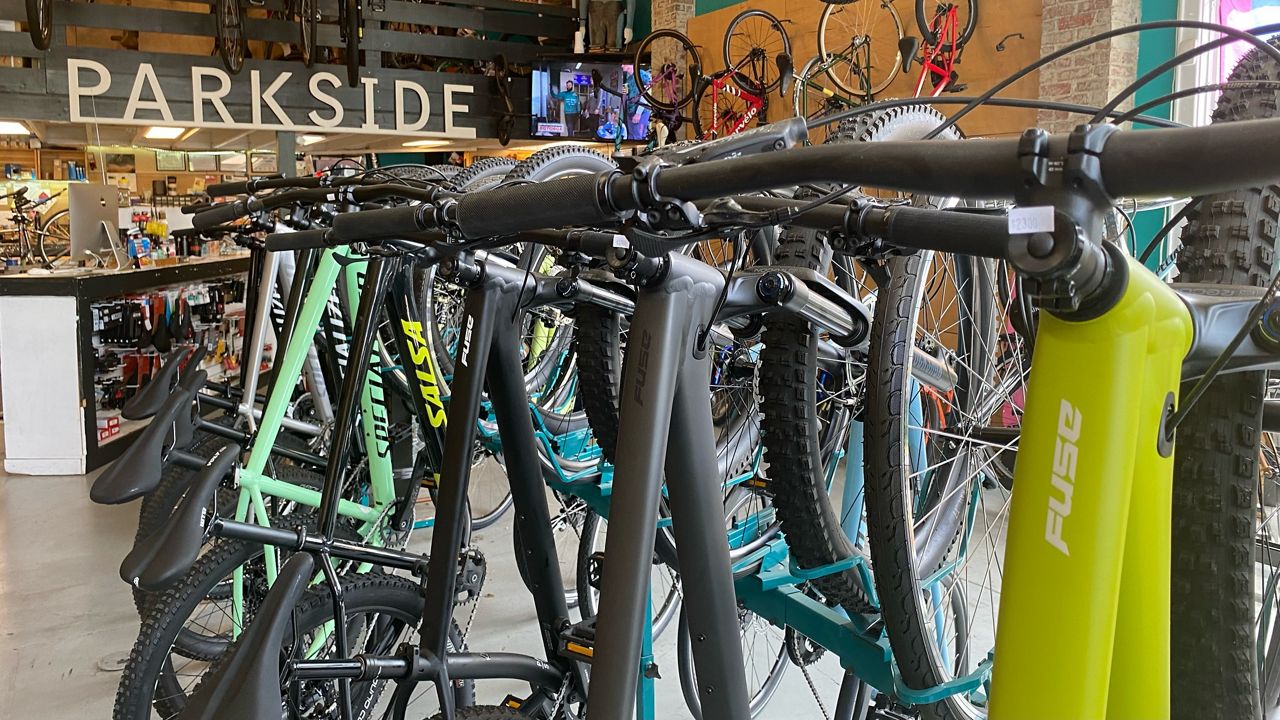 According to AAA, one month ago, regular gas was around $3.90 per gallon in Kentucky. Currently, prices can be seen at $4.70 around the state. In Louisville, prices have at one point gone up to $4.99 a gallon.

On average, gas has increased $1.81 over the past year. Even with the surge at the pump, Flaherty hasn’t seen an increase in foot traffic at his shop.

“We have a handful of customers every year that are either long-term customers or new ones that are saying ‘I’m getting rid of my car,’ but still even with the way things have been we are not seeing that more than normal,” Flaherty said.

Flaherty mentioned a portion of his customers commute by bike on a regular basis, whether it be running errands or riding to work, but even with gas prices reaching record highs, Flaherty believes many will continue to stick with four wheels instead of two.

“I think a lot of people are hellbent and staying in their cars no matter how expensive it gets, and it’s really understandable considering our infrastructure,” Flaherty said. “I live outside the Watterson on Southern Parkway and even with a bike lane out there it’s a little stressful to ride. So it’s going to be hard to get a lot of people to convert but who knows maybe things will change.”

Flaherty remains hopeful for their mission of having more butts on bikes.

AAA recorded average regular gas prices around the state of Kentucky, which include Bowling Green currently at $4.69, Lexington at $4.68, and Covington at $4.77.