Cattle farmer Bart Hamilton, of Bracken County, scrolls through the X10D app on his smartphone while tending to his cows. The app was developed by professors at the University of Kentucky and University of Tennessee with the aim of streamlining farm operations. (Spectrum News 1/Brandon Roberts)

'It was a mess': App aims to streamline farming operations, increase revenue

BROOKSVILLE, Ky. — Cattle farms flank State Highway 22 in Bracken County. The winding road in the rolling hills of rural Kentucky leads to yet another curvy road, this one with no lines, through valleys and over knolls. There is green farmland speckled with patches of tilled dirt stretching to the horizon in all directions.


It is among this vast expanse of sparsely populated countryside where, at one farm, technology has supplanted tradition.

Hamilton Farm is a 110-acre tract where owner Bart Hamilton, 42, raises his cattle. Also the owner of a construction business, Hamilton said for years he ran his business to support his farming habit. That later changed, however, when Dr. Les Anderson, extension professor in the department of animal and food sciences at the University of Kentucky, and Dr. Justin Rhinehart, a professor of animal science at the University of Tennessee, used a $200,000 grant from the Kentucky Agricultural Development Board to develop the X10D (pronounced “extend”) app for smartphones and tablets.

“I always thought an app was for a big farm,” Hamilton said. “All this technology and this stuff, that must be for a big farm, not for farms like mine. An old neighbor down the road mentored me for years and helped me in so many ways. He always said, “It doesn't matter how much you've got, it only matters how you manage what you've got.’ This program started out for me just getting the calving window and a breeding season tighter, but it turned into far more on the record keeping. It's helped me work toward my goal of being able to farm full time. I can see that in the future now and I couldn’t before.” 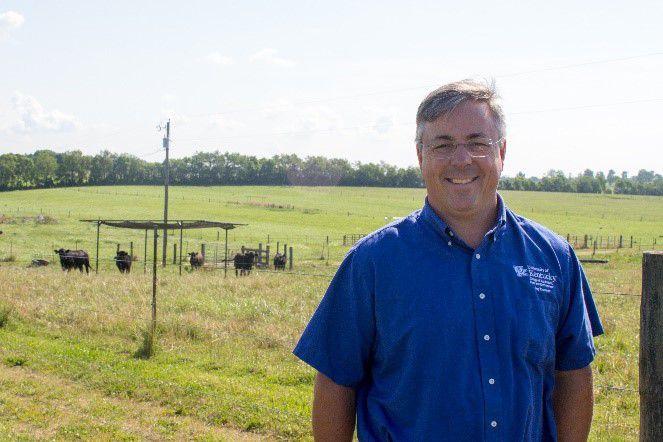 X10D is an app interface platform that enables users to focus their information on their beef operation in one site using three components—managing, connecting and learning.

Kentucky has the largest cattle industry east of the Mississippi River and the eighth largest in the country. The average Kentucky cattle farm has around 40 head of cattle. Early numbers show that 167 farmers with an average of 41 head of cattle using the X10D app increased productivity by 6%, efficiency by 65% and revenue by 34%.

“There is a wealth of knowledge at the University of Kentucky,” Hamilton said. “They not only help farmers, they're eager to help you. Another thing about the app is the educational component. I’m lucky because I know what's coming because of the app. It has educational things posted daily. Everybody looks at their phones and there’s all this negative stuff, but with the app, I get unbiased facts and education. There's a world of research out there and they're eager to get it to us. I'm not a big tech guy, I’ve never sent a single email, but I use this app all day, every day.”

There are currently 247 X10D users with a combined database of nearly 3,000 animals. All the users in one county are connected through a message board where they network and communicate about beef industry topics, items for sale and production practices.

“With this app, I can look back on years of data at my fingertips in seconds with ease and see what cows are working for me, what's not, what has worked in the past and what hasn't,” Hamilton said. "I can make data-driven decisions that are fact-based and not based on what I think or what I hope, but what I know.” 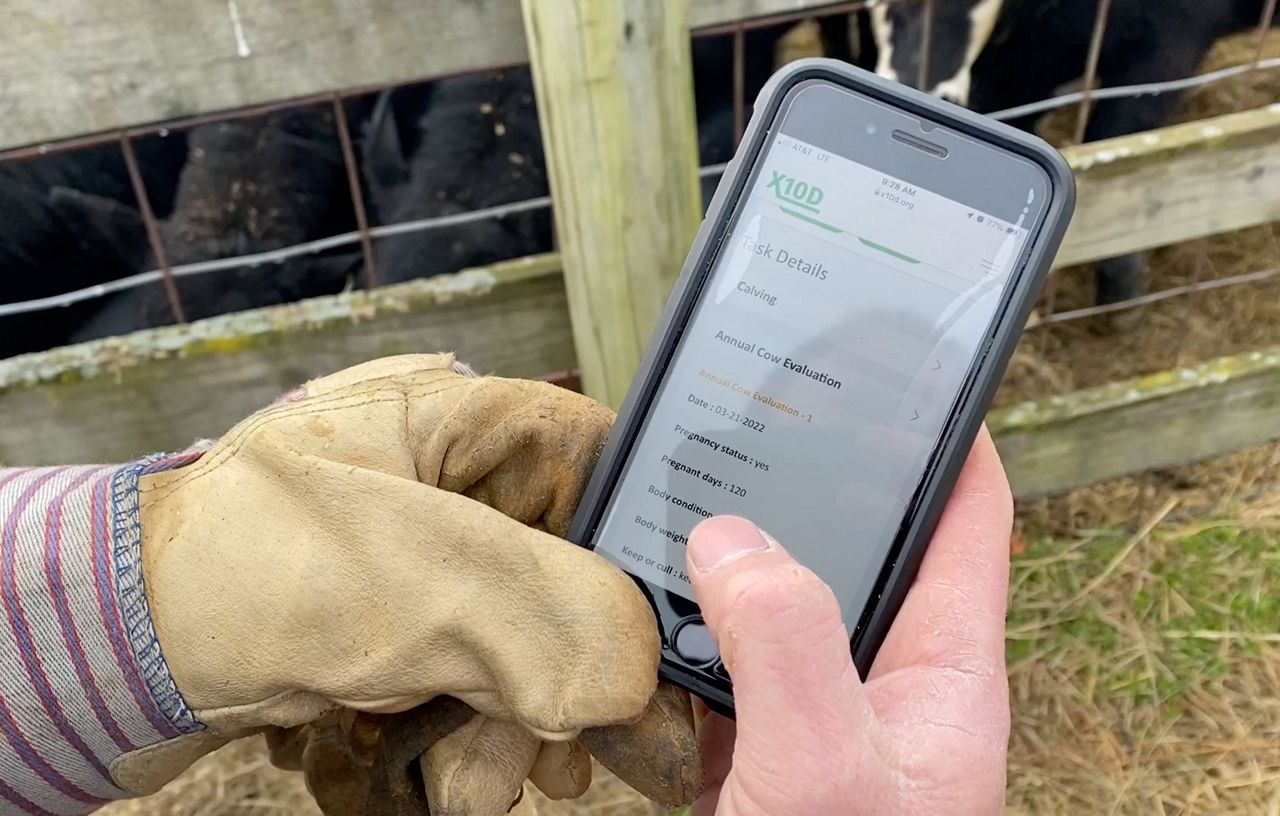 Bart Hamilton, owner of Hamilton Farm in Bracken County, scrolls through the X10D app. Hamilton was an original participant in the farm program that evolved into the development of the app. (Spectrum News 1/Brandon Roberts)

The idea for X10D began in 2012 after Anderson attended a beef leadership conference and a group of producers in northern Kentucky wanted to develop a new program combining classroom with hands-on experiences.

“In that five-county region, we found 15 farmers that wanted to cooperate,” Anderson said. “We basically redid their entire production calendar and scenario and then taught them how to keep records and how to make decisions based upon those records. Over the next seven or eight years, we had 167 different farms across the state in that project. While we were going through that project and working on that, we figured out pretty quickly we needed a tool to help us. There weren't really any handy and inexpensive platforms or apps available, so we developed our own.”

The focus of developing the app, Anderson said, was helping beef cattle producers stay more modern in their connectivity and providing a tool to help them assess their business for daily record keeping and management. The app was perfect for Hamilton, who admitted his record keeping consisted of handwritten notes in a notebook.

“It was a mess,” Hamilton said. “I was always worried about losing the notebook or logging something wrong. That notebook was the only record I had, and I took it with me everywhere because I had to.”

The app is new, with beta testing not beginning until October 2021. Anderson said the goal is amassing between 2,000 and 3,000 users this year and it will soon be advertised more heavily now that it is out of the initial stage.

“What we really want is dedicated users—people interested in the educational content we put out and using the management component, which is where they input and print reports of their production and financial operations,” he said. “We don't care if we get 5 million users, we just need as many dedicated users as we can get so we can push the industry forward.”

Anderson said Hamilton is an original participant in the farm program. He visited Hamilton’s farm in 2015 and said he encountered a man ready to quit farming.

“I'm just gonna be honest, his production was a mess,” Anderson said. “He wasn't making any money. He wasn't efficient in any way, shape or form and he was ready to get out. We showed him how to produce more modernly, more efficiently and be more profitable, and his operation today is not recognizable compared to what it was when we went there in 2015.” 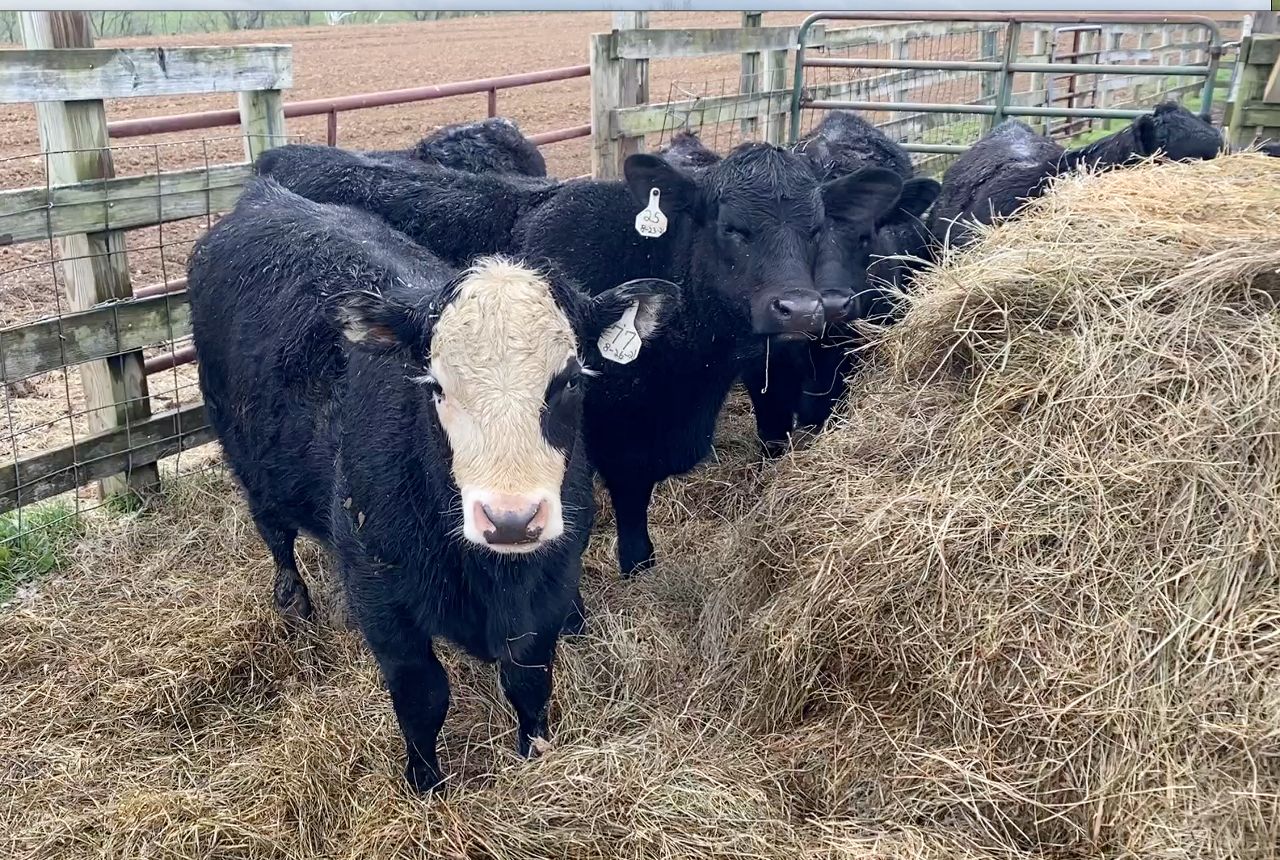 Hamilton, a married father of two, told Anderson his time is worth more than money and he now makes twice as much and spends half the time.

“That's really our goal,” Anderson said. “We want to give the users of this platform the opportunity to efficiently and quickly and easily access educational material they might need, access the community of beef producers in their county and then access their data so they can make data-driven management decisions.”

Approximately 50 Kentucky counties have subsidized X10D and many counties have already paid the $20 fee for annual subscriptions. Cattle producers may visit or call their local county agent to confirm before subscribing. All the proceeds go to the UK Department of Animal and Food Sciences to support beef extension programming.

Visit X10D's website for more information about the app, which is available on Apple and Android platforms.