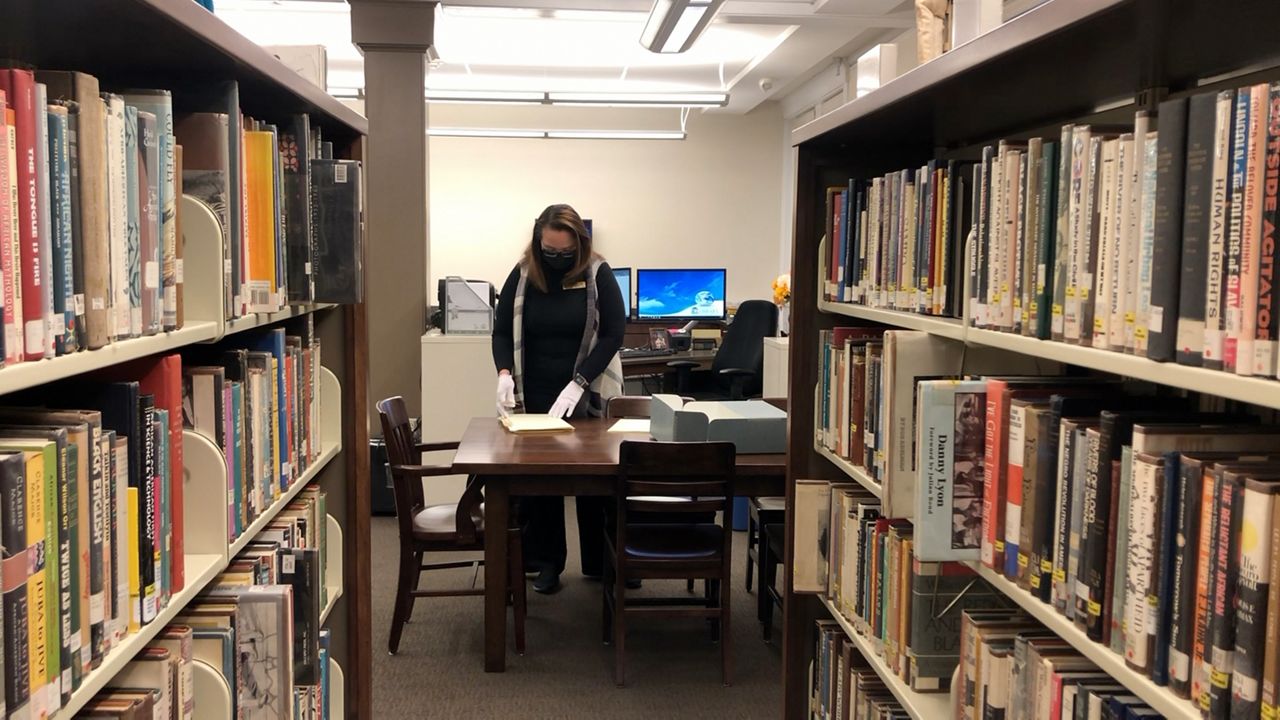 LOUISVILLE, Ky. — As early as 1816, Louisville had a library, but it wasn’t until 1905 that the city’s residents could check out books for free from what’s still the largest public library system in Kentucky, Louisville Free Public Library (LFPL).

However, during the era of Jim Crow, the idea of free access to information for all wasn’t the story. Louisville, though, helped change that narrative by opening the first library in the United States for African Americans, staffed fully by African Americans.

Originally called the Colored Branch of the Louisville Free Public Library, Western Library in the city’s Russell neighborhood opened in 1905 at a temporary location across from Central High School. In 1908, it moved to its Carnegie-endowed building, where the library is still located today.

Close to 115 years later, the Western Library is still fulfilling its legacy of accessibility for all by digitizing its African American archives so anyone across the world can access them via the library's website.

In 2019, Branch Manager Natalie Woods secured $70,000 in funding for the biggest undertaking in her career, to preserve the African American history housed in the basement of Western Library. The archives include rare and delicate books to handwritten documents by the library's first head librarian, Reverend Thomas Fountain Blue.

“My biggest thing here, being the head librarian, is making sure that these things are protected as much as I can protect them," Woods told Spectrum News 1. "[It's] for future generations, so we don’t lose this history; it’s too important, way too important.”

Western Library’s African American archives are only available to look at by appointment. However, no appointment is needed when parts of the collection have been digitized and put on Western Library’s website for anyone around the world to access. Some items, though, will only be digitized for librarians to access when someone requests it.

“We can go look at the digital version of it and pull information from it, rather than handling these all of the time," Woods explained. The less handling of any document or book means less wear and tear over the years.

The library has digitized 1% of its archives, so far, according to Woods.

“He wasn’t a trained librarian because at that time, if you were Black, you could not go to library school,” Woods explained.

Library science was also still an emerging field. Only about 30 years prior to Rev. Blue becoming head librarian, the Dewey Decimal system for cataloging library books was invented.

Rev. Blue paved the way for African American librarians in the U.S. He wrote papers, such as “Circulation Methods in Library Work," which gave instruction on how to run a library.

“His handwriting, his penmanship, is very beautiful, but if you don’t work in the library, you probably wouldn’t understand what he has written,” Woods said.

Rev. Blue also created a librarian apprentice school for African Americans to learn at the library.

“Rachel Harris, who was the children’s librarian, also ran the school alongside Rev. Blue," Woods said. "They had people from all over the South that would come here to be trained to be a librarian and provide library services in their neighborhoods and in their states.“

Western Library has digitized all of Rev. Blue’s documents.

Now, it’s working on Joseph Cotter’s collection. Raised in Louisville, the Kentucky poet was one of the earliest African American playwrights to be published.

Woods said it’s easy for her and her staff to get lost in this work.

"You get so caught up in that history and that information; you just don’t wanna stop reading it, and then you forget that we have other things for us to also be doing," Woods explained.

However, not everything has been a joy to read while indexing and scanning for digital preservation.

Woods said "The Negro Housing Problem in Louisville" is one of the most requested documents from Western Library. She also said it's the only copy that exists.

"I was told this is basically what helped create the 'Ninth Street Divide,'" Woods said. "It’s important to know that history so we don’t repeat the same mistakes because this was definitely something that should’ve never been written, but it was, you know, and now we are dealing with the repercussions of that still today.”

Woods has served as the head librarian at Western Library for nearly five years, and while she still has many more years ahead of her here, she told Spectrum News 1 that digitizing the library's collection won’t be finished by the time she retires.

“Yes, the thing is for me not to be here to see it through to its completion, but to get it started, get it on the right path, do what needs to be done," she explained.

She calls this the biggest undertaking in her 30 year career with Louisville Free Public Library.

It's a path she didn't know she would walk when she started her career as a librarian, but it's now become her professional legacy to preserve the legacy that broke barriers in her profession.