When Kentuckians want to bet on sports, they have to cross state lines

LOUISVILLE, Ky. — On a snowy Friday afternoon in late January, Will Donaldson drove across the bridge connecting downtown Louisville to Jeffersonville, Indiana. He pulled over on a quiet street long enough to take out his phone, open a mobile app, and push a button, and then he drove home.

“I just made three bets totaling $125,” said Donaldson, who has driven to Indiana to bet on sports once or twice a week for the past two years. “I got the Bengals point spread, the 49ers money line, and a combo bet on the Bucks game tonight.”

Two weeks later, Donaldson and many Kentuckians like him will make a pilgrimage across state lines to bet on the Super Bowl. These trips are made necessary because Kentucky is one of 27 states that does not allow sports betting within its borders. Kentucky does, however, allow pari-mutuel wagering, which is why betting on horse racing and historical horse racing slot machines is legal. 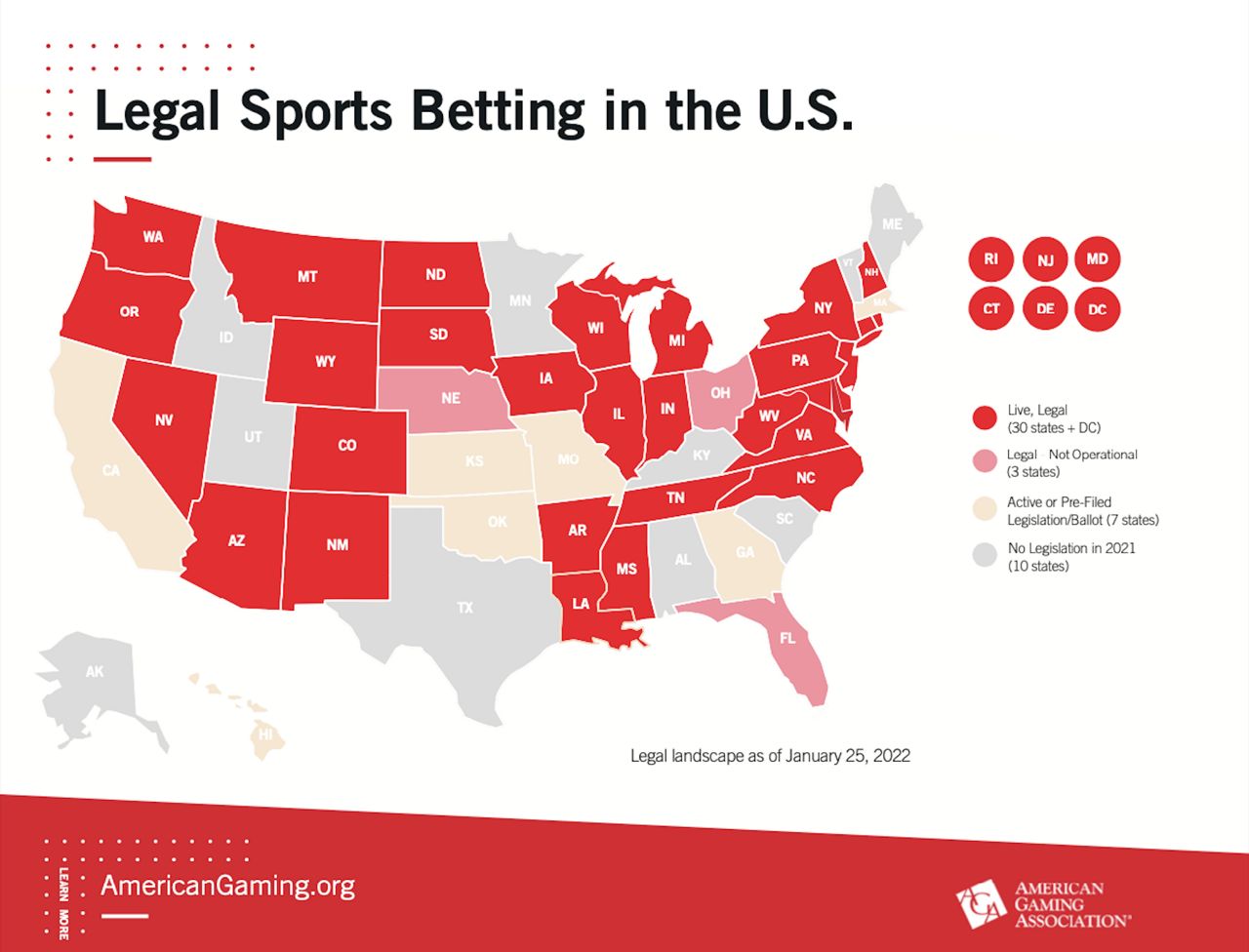 In the nearly three years since the U.S Supreme Court struck down a federal law banning sports betting in most states, more than half the nation has moved to legalize some form of sports gambling, including all, but one of Kentucky’s bordering states (Missouri).

It’s not for a lack of support though. A poll conducted early this month found that 65% of Kentuckians support legalized sports betting at horse tracks and through mobile apps. Majorities of Democrats, Republicans, and Independents support the legislation.

But that same level of support is not present among Kentucky's lawmakers, despite the efforts of Rep. Adam Koenig. The Northern Kentucky Republican has brought legislation to legalize sports betting for several years, but has failed to even get a vote on the House floor.

Koenig told Spectrum News 1 that he intends to try again this year and that he's “hopeful.”

“However this will be the fourth year I have filed this, so my expectations aren’t sky high,” he wrote in an email. Asked what stands in the way of the bill’s passage, Koenig pointed to the Family Foundation.

The Family Foundation is an advocacy group that promotes “God-honoring public policy in our Commonwealth” and opposes the expansion of sports betting in Kentucky.

“Kentucky is not a rich state,” said Family Foundation spokesman Martin Cothran. “We’ve got a bigger underclass here than in most other places.” Sports betting, he said, would be a bad thing for the people of Kentucky, costing them money while enriching casinos. He also said sports would be tarnished in the process. “It will change the sport and it will create more opportunities for cheating,” he said.

Cothran also made a procedural argument against Koenig's legislation, saying such a change in Kentucky requires an amendment to the constitution. But that question in not settled. In 2019, Senate Majority Leader Damon Thayer, R-Georgetown, said in committee meeting that the idea that sports betting requires a constitutional amendment is a "red herring."

Sports betting would, however, benefit Kentucky’s bottom line. Koenig’s legislation filed in 2020 would have taxed bookmakers 10.25% for in-person bets and 14.25% for bets made through an app, generating as much as $20.2 million annually for the state, according to an analysis by Commonwealth Economics.

In February of 2020, Gov. Beshear endorsed Koenig's bill, which specified that revenues go toward the state's pension system.

For now, at least, that money is going to other states. And so are Kentuckians, like Donaldson, who want to bet on Sunday's Super Bowl. "I'm planning to lay $200 on the Bengals plus-four," he said. "I'm also betting the coin flip and the over/under on the national anthem lasting two minutes and 45 seconds."