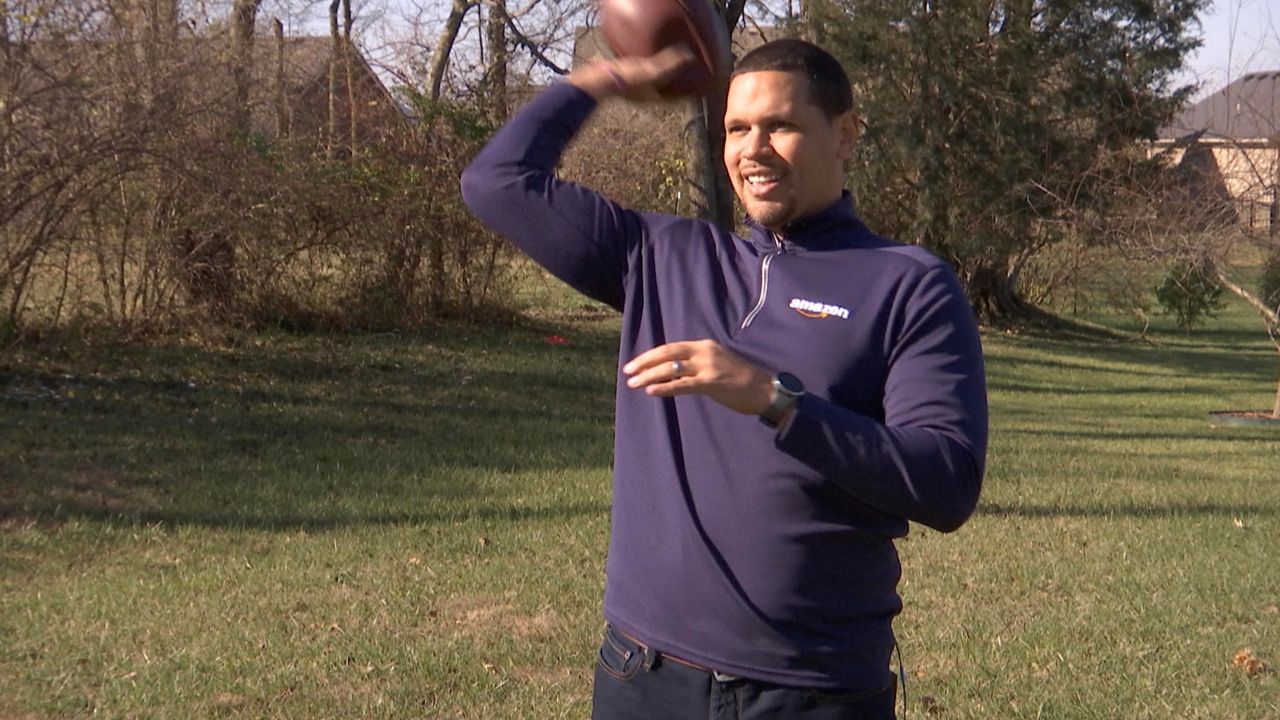 CHARLESTOWN, Ind. — A former Kentucky wildcat great has traded in throwing perfectly placed passes to his receivers for helping with the delivery of Amazon packages to customers around the county.

Quarterback Andre Woodson reflected on his football journey, and shed some light on what he’s up to these days.


Woodson hadn’t thrown a football in four or five years, he said, but he still delivered every pass accurately, as he caught up with Spectrum News 1 while playing catch. He reminisced about dominating at UK, struggling in the NFL, and finding a new way to excel at one of the biggest companies in the world.

Woodson is a Fort Wayne, Washington native. Because his mom was in the military, they bounced around the country, eventually settling at Fort Knox in Kentucky. Woodson played high school football at North Hardin High School in Radcliff. He was recruited by more than 40 colleges as a pro-style quarterback, and ultimately decided he wanted to wear Kentucky blue. 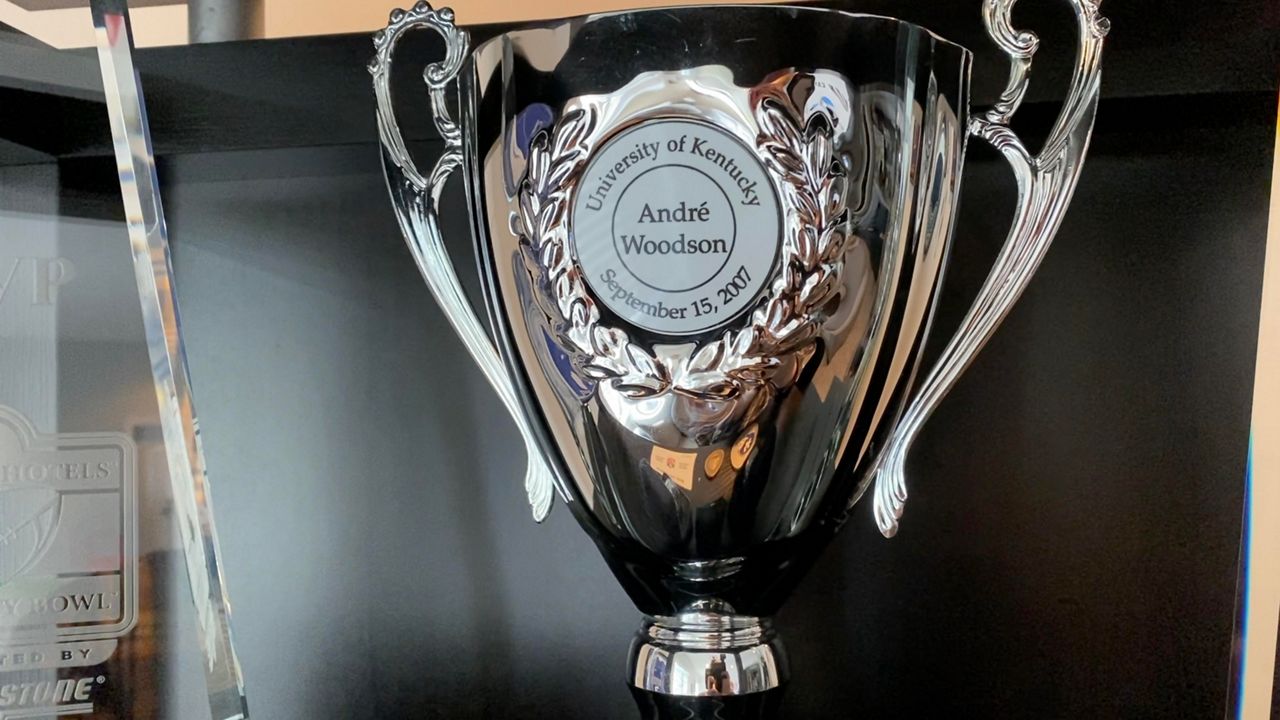 Woodson was one of the most celebrated players to ever play football at the University of Kentucky. (Spectrum News 1/Sam Knef)

“It was surreal. You’re recruited. A lot of people have high expectations for what you can potentially do to transform the university’s culture and identity, and get them more into the spotlight of the SEC,” Woodson said.

His first three years brought many highs, and many lows. But for Woodson’s senior year, he knew if the core of the team stuck around, forgoing the NFL draft, they had a chance to be special.

They did. That year in 2007, the Wildcats reached a number seven ranking in the country, taking down number one LSU and number nine Louisville in the process.

Woodson was a Heisman Trophy finalist, and one of the best quarterbacks Kentucky had ever seen.

Woodson still holds the NCAA record for most consecutive passes thrown without an interception at 325.

He had his sights set on the NFL.

“You’re hearing a lot of projections about being potentially the first or second quarterback taken in the NFL draft, and so that sort of sets you up with the expectation, Woodson said.

That’s when adversity started to rear its ugly head.

Woodson struggled at his senior day, and got injured right before the NFL combine, plummeting his draft stock.

The New York Giants selected him in the sixth round of the draft, much later than he anticipated.

“I found myself not in an ideal situation being drafted to the New York Giants because they had Eli manning. They just won a super bowl. He just signed this lucrative contract. He’s going to be there for a long time,” Woodson said. “You went from being the premier guy, everyone talked about. Now you’re in a new city. You don’t know anyone. And you’re not even just a backup. You’re like the fourth or fifth string backup, getting about one to two reps every practice. That’s a hard pill to swallow.”

More injuries led to more struggles, and while just making it to the NFL is an accomplishment so relatively few people achieve, Woodson knew his time playing football was coming to an end after three seasons.

“After that season I realized it was time to try something different,” he said.

He tried his hand at coaching for a few years, first returning to UK as a graduate assistant, before becoming the wide receivers coach at Morehead State University. But that grind was taking away time with his growing family, including his newborn son. 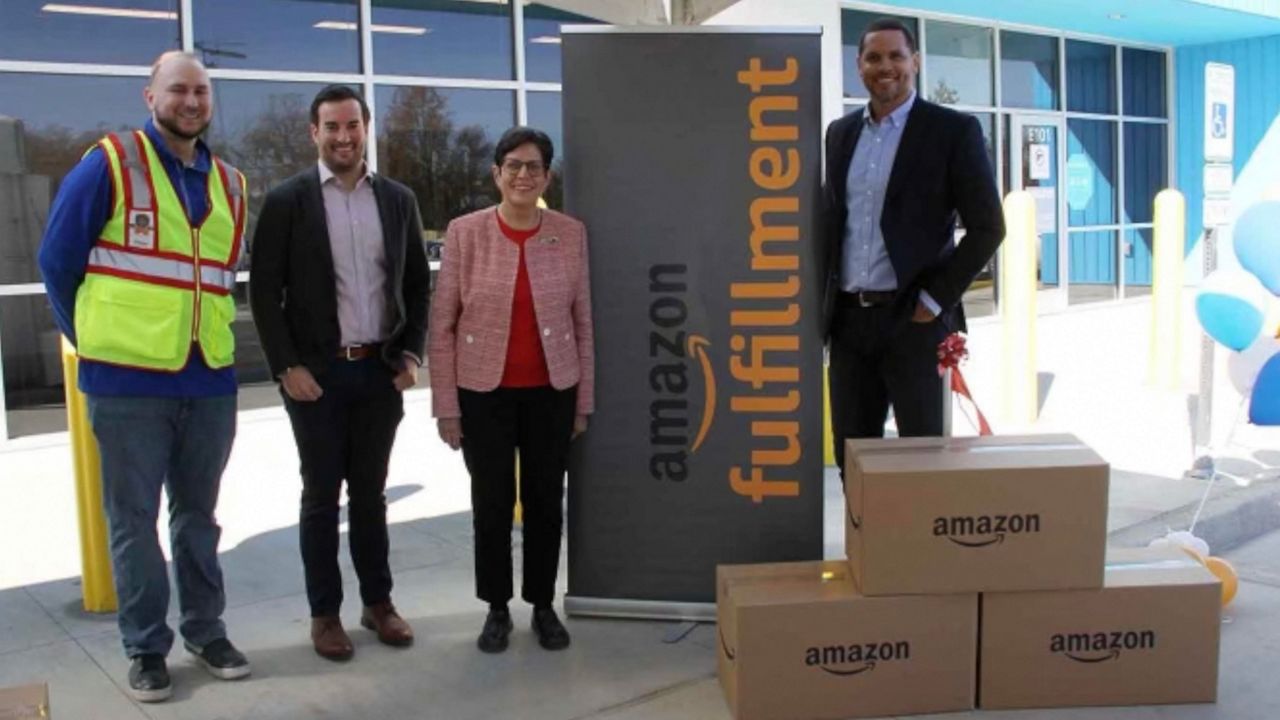 A childhood friend working for Amazon helped him land a job in community relations. Seven years later, he handles public relations for the tri-state region, focused on customer fulfillment. Accurate delivery is kind of his thing, after all.

“How do we stay focused on the customer, and get those packages to millions of people across the globe?” he said. “Life teaches you lots of lessons. And for me this has been quite the journey.”

When Woodson goes out in public, he still often gets recognized as one of the greatest to put on the UK Helmet. He said he still bleeds blue.

“It’s so cool that people will still take the time out of their day to ask for photos or autographs. And just show the gratification for what you were able to accomplish as a Wildcat.”

He now lives outside of Louisville in Charlestown, Indiana with his wife and two sons. While things didn’t always go the way he expected on his journey, he said he couldn’t be happier to be where he is now.