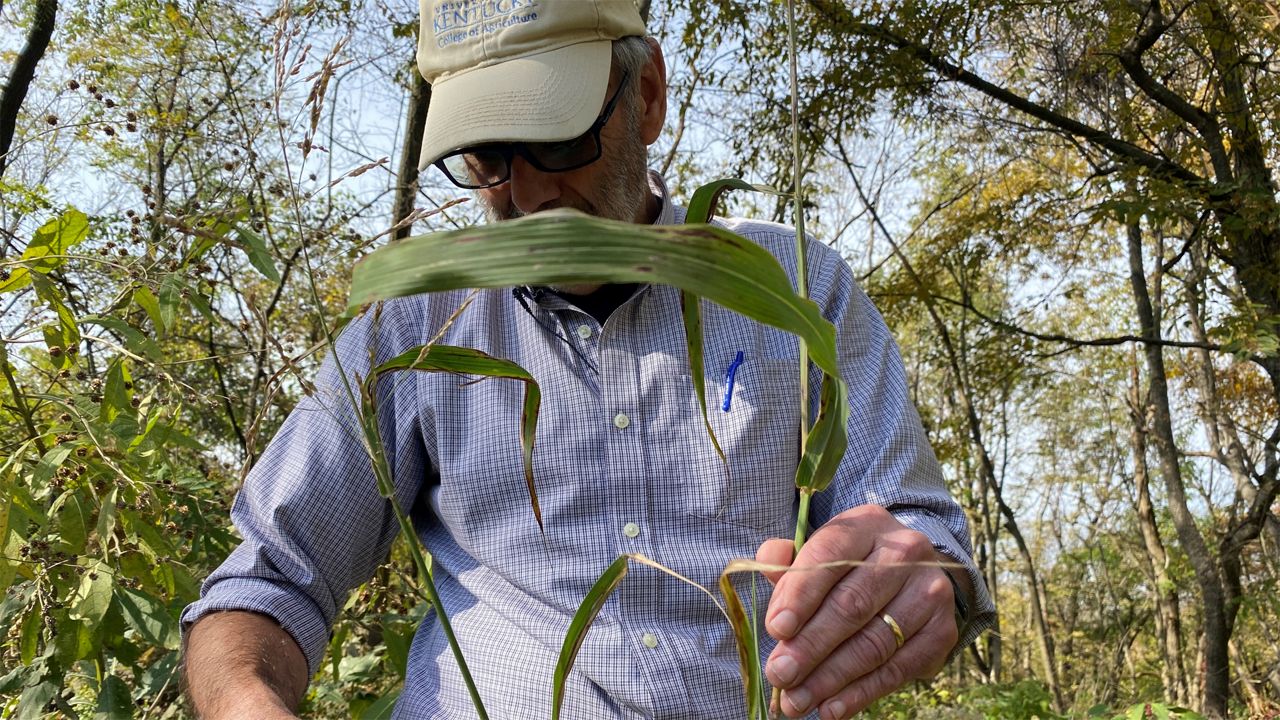 Wayne Long grew up on his grandfather's farm and has worked around nature since. (Spectrum News 1/Ashley N. Brown)

By Ashley N. Brown Kentucky
SHARE
LOUISVILLE, Ky. — Wayne Long discovered his love for working with nature growing up on his grandfather’s farm.

“My wife will attest to that because she's usually yelling for me to come in about 9:30 or 10 at night,” says Long.

Long studied crop and plant science at the University of Kentucky and got a master’s in biology at Eastern Kentucky University while working full time on a horse farm.

He’s been with UK’s Cooperative Extension service for 13 years. He’s the county coordinator and agriculture and natural resource agent.

As temperatures get cooler, farmers who have a common plant in their pastures have to keep a closer eye on their animals. 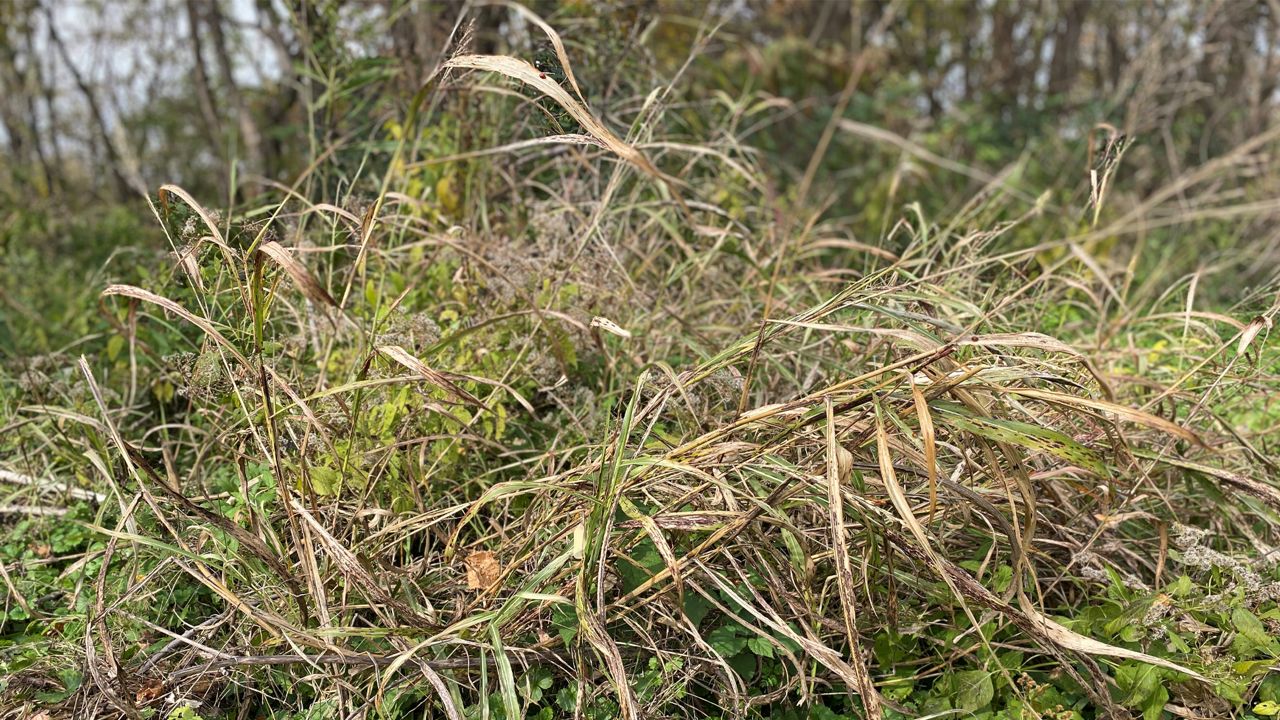 “What this plant is Johnsongrass. Its botanical name is sorghum halepense,” says Long.

Johnsongrass was brought to the United States in the 1880s from Asia and Africa. It is commonly found in open areas that are not maintained by mowing.

Long says the plant is named after an Alabamian, Colonel William Johnson.

“He brought this to his plantation and used it for forage, sold his livestock, and used it for erosion control and because of its popularity especially in the south, this grass is actually named after him,” says Long. “It found a niche and that just exploded.” 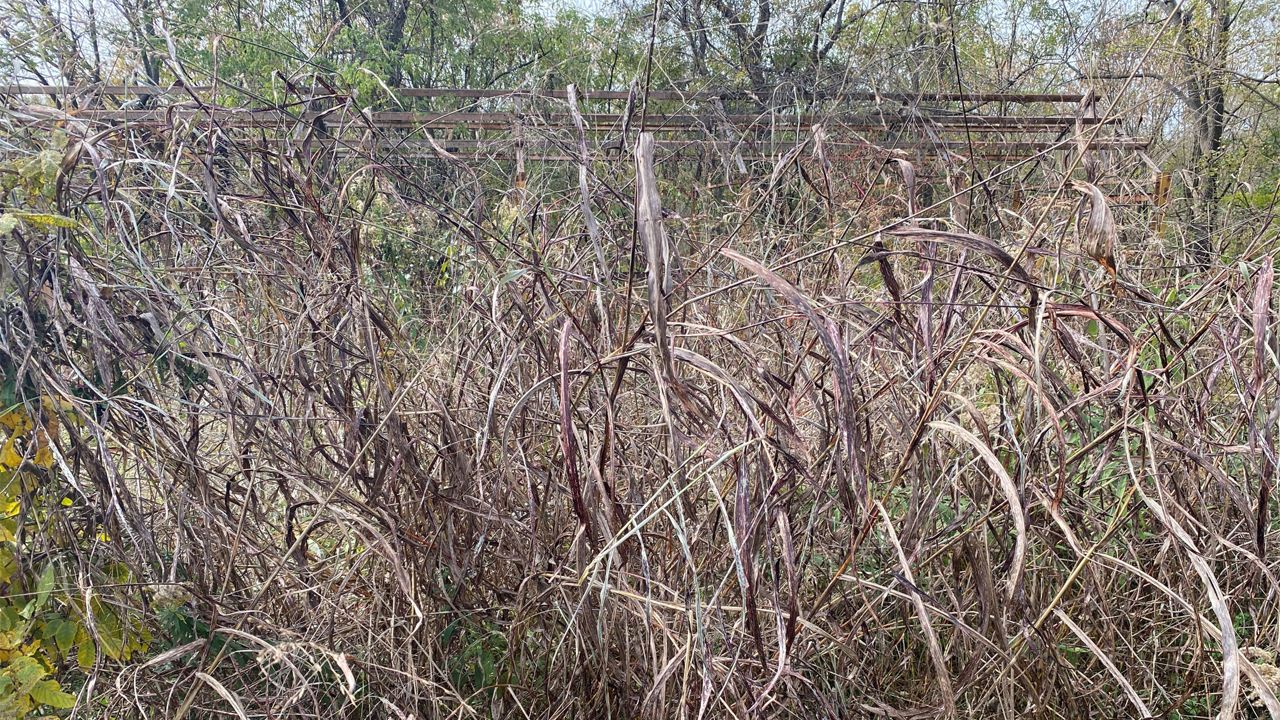 Johnsongrass is usually found in open areas that are not maintained by mowing. (Spectrum News 1/Ashley N. Brown)

Johnsongrass has a rhizome or extended underground root system.

“Trying to get rid of this is almost impossible. You might kill the top plant but these little plants are going to start coming up later,” says Long.

In fact, attempting to do so could make matters worse.

“Because this is a grass, any type of chemical management in the lawn or in the periphery of a line if you tried to spray, it’s going to kill a lot of other plants as well,” says Long.

Johnsongrass is a warm-season grass that is sensitive to cold temperatures and produces prussic acid when stressed as a defense mechanism.

“When the temperature gets cold, frost, and freeze for a few days these leaves will produce hydrocyanic compounds, cyanide,” says Long.

Even in extreme heat, the plant can go into survival mode. Long says during extreme heat Johnsongrass can produce high nitrate levels. Both can make the plant go from nutritional to dangerous.

“You want to be careful that your horses can’t reach over the fence to get to it. You don’t want it in your cattle pasture. You don’t want it where any of your livestock can get it. If they graze too much of this it will certainly kill them or cause them some serious health issues,” says Long. “Anything that can eat it and eat it at to some quantity that would be the harm it would be causing.”

It is recommended to not graze pastures for 7 to 14 days after a killing frost.

Long says johnsongrass is among the Top 10 most noxious plants worldwide.

“It isn't something that you want to go to a nursery and ask ‘Oh hey, can I get half a pound of Johnsongrass seed to put out in my yard?’” says Long. “You don't want to do that.”

You also can’t do that in Kentucky. Planting Johnsongrass is prohibited in the southern region of the country.

The grass is a little greener on the other side.

“The only I would say redeeming factor if there is one for Johnsongrass is the amount of seed that it produces,” says Long. “The birds love it. Some of the rodents and the small mammals will eat on it and make nests and stuff out of this.

For more information on Johnsongrass, check out this study by the University of Kentucky.