Customers can pick out their own live turkey, which the farm will prepare to be taken home and cooked for Thanksgiving. (Spectrum News 1/Sam Knef)

Can't find a turkey at the grocery store? They don't get much fresher than Tewes Farm

ERLANGER, Ky. — For anyone looking for a fresh turkey this Thanksgiving, it doesn’t get much fresher than at Tewes Farm in Erlanger. Given supply chain concerns, and the looming threat of a turkey shortage on ‘Turkey Day,’ getting one sooner than later might be wise.


Dan Tewes has been raising turkeys for so long, he pretty much speaks their language. 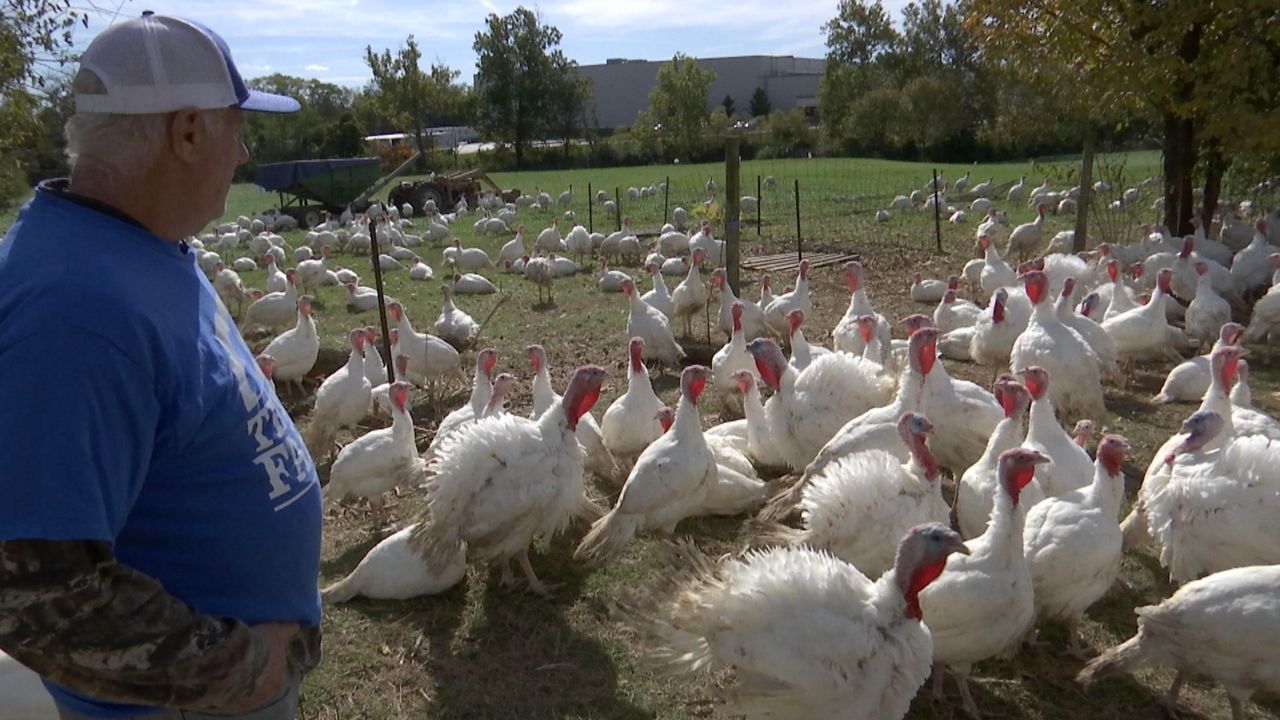 Dan Tewes has been raising turkeys for so long, he pretty much speaks their language. (Spectrum News 1/Sam Knef)

Hundreds, if not thousands of Tewes’ turkeys gobbled back at him immediately following a whistle and proceeding a slight giggle.

“It’s not so much hard work as it’s consistent. It’s constant work,” Tewes said. “It’s fairly automatic to me. I know what I’m doing.”

The Tewes family came to Northern Kentucky in 1944. Dan and his wife have run the farm since 1998 with help from his brother.

The expression "farm-to-table" was evoked as Tewes placed a fully dressed, ready-to-pop-in-the-oven turkey on the table outside the farm’s shop. Tewes Farm is now known as the place to go for a fresh Thanksgiving turkey in Northern Kentucky, but Tewes said it’s grown from humble beginnings.

“We started raising turkeys in the 50s. Back then, I think they had raised two, three, four, 500, and we’re up to about 3,000 [now],” he said. “We’ll go through the holidays. For Thanksgiving we’ll probably have 1,000 people coming in here, 1,000 people a day that Monday, Tuesday and Wednesday before Thanksgiving.”

Tewes gets the turkeys the first week of July. He raises them from day one of their lives up to when they’re in their prime at five months old. As of Nov. 1, Tewes’ turkeys still had about five pounds to gain each before the big week, which would put them in the 19 to 35 pound range. 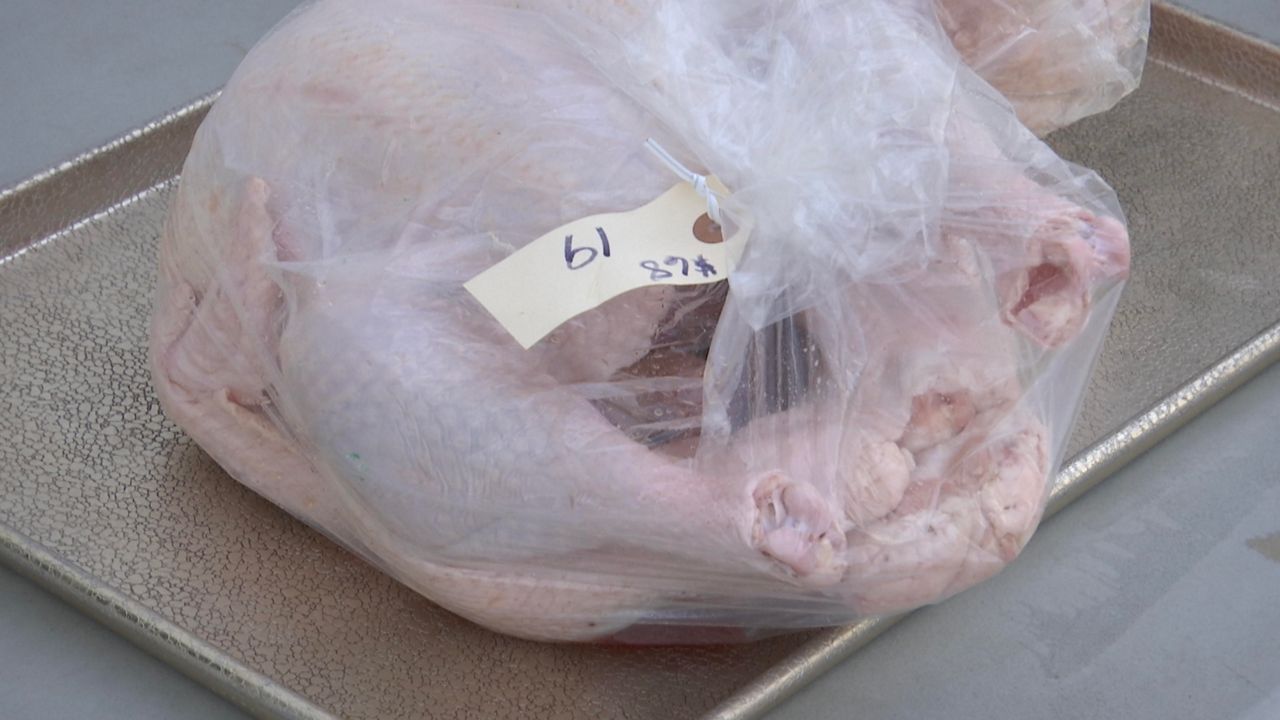 Despite their impending fate, they’re not planning any sort of rebellion.

What makes Tewes Farm unique is a customer can tell the farm what kind of turkey they want. Tewes and his workers will then prepare it for each customer to take home to their family to gobble up.

It’s not as simple, however, as a customer showing up and pointing to the turkey they want to eat.

“We don't let you pick out a live one. We actually say, ‘give us an approximate size,’ and we’ll show you three or four that’ll be dressed out in that range, and you pick out the one you want,” Tewes said. “There’s no other one they can get this from handy. Some people enjoy it, and this year it might be a necessity. Who knows?”

The reason why it could be a necessity: kinks in the supply chain might mean people will have a harder time finding a turkey at the store if they wait too long this year. And while there’s no turkey shortage at Tewes Farm, he’s expecting his supply to go quickly.

“I can’t feed everybody. So if there is a shortage, I ain’t gonna have enough turkeys for everybody,” he said.

At about $3.50 pound, Tewes said his turkeys are on the expensive side. But he’s put close to $100,000 into them, so while it may be the time to give thanks, he’s not giving his investment away for cheap.

Plus, it’s all about the experience, at least for the people. Not the turkeys.