From prison to father, man trades in the drugs for a second chance at life with his family

LOUISVILLE, Ky. — Ronnie Gevedon is a husband, father and employee of Divine Services, a service and repair HVAC company. But life wasn’t always that simple for Gevedon.

“I started smoking pot when I was 14, 15 years old. When I got older and progressed, I got into pills and alcohol, then from there I got out of high school and started shooting drugs up,” Gevedon said.

After living a life addicted to drugs and alcohol and spending time in and out of jail, Gevedon was charged with a felony charge of drug trafficking and served 4 and half years in prison.

“Jail and prison is just like being on the streets, if you want drugs they're in there and I just chose not to, I was just sick and tired of it and I wanted a better life,” Gevedon.

Gevedon traded in the drugs for something greater, a second chance at life with his family. He got sober in jail and has been since 2017.

“I didn't really realize it, I was thinking the other day that I spent almost my whole 30s locked up, in and out, in and out and all that I've missed,” Gevedon said. “You don't realize all the stuff you missed, how much life and the memories until you actually get sober.”

Just two weeks before leaving prison Gevedon found out about Prodigal Ministries,  a Christ-centered residential aftercare program that helps men and women who have been incarcerated transition back to society. In 25 years, Prodigal Ministries has touched more than 800 lives.

Gevedon then spent nine and a half months in the program before going back to school and landing a job with Divine Services, a service and repair HVAC company. Gevedon said he learned a number of lessons from the program including his recovery journey is not an individual fight. 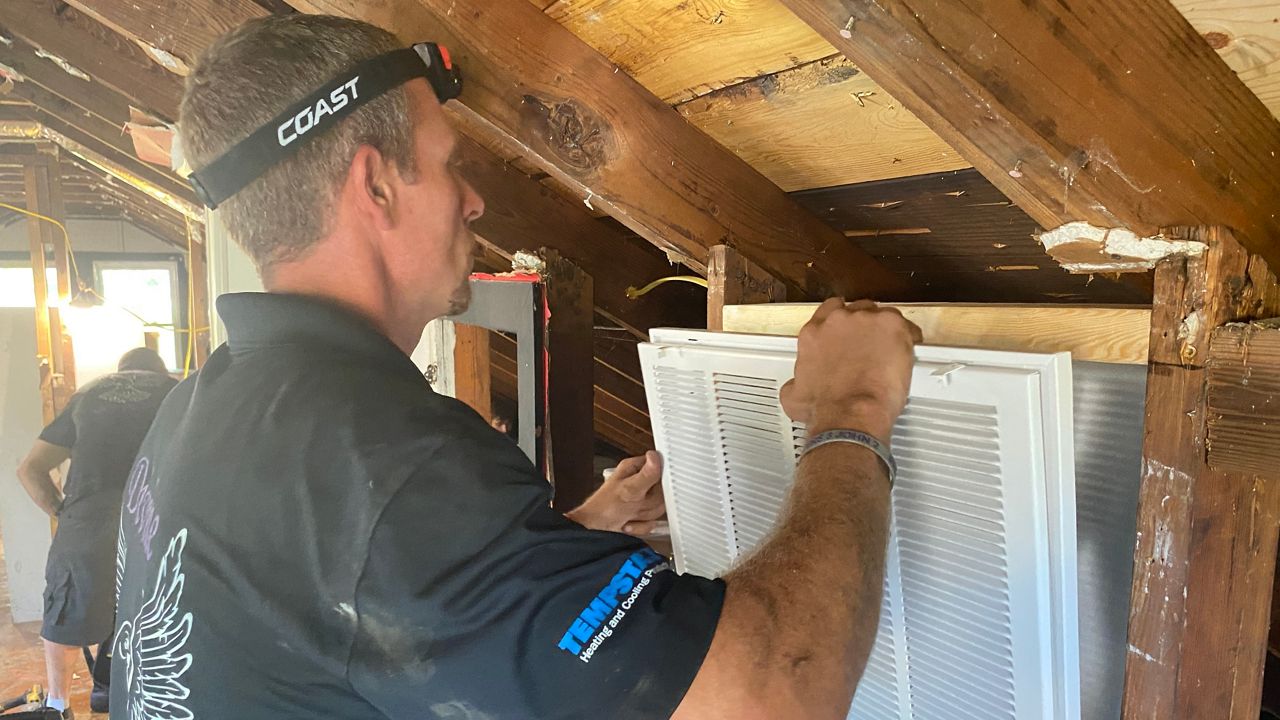 “It's all right to ask for help and if you have something bothering you to go to them and not to resort to old ways of getting high or drunk and they just help you get focused on your work,”

Gevedon has been an installer with Divine Services for almost three years.

“People will complain, 'Well this person turned me in, that person turned me in,' well actually I thank God that I was turned in for selling drugs because if not I'd probably be in the same shoes as some of my other friends that have passed on,” Gevedon said.

After missing out on a life with his son for 15 years, Gevedon was able to restore a relationship he never imagined.

“It's a blessing for me to be able to work everyday and come home to my family and see the smiles on their faces and the drugs and alcohol took all of that away.”

Gevedon is now a father of three and his boss, Darin Ashley at Divine Services also serves as his mentor and went through the Prodigal Ministries program.

Prodigal Ministries operates four transitional homes in Jefferson and Oldham counties. The homes serve as environments where clients can rebuild their lives.