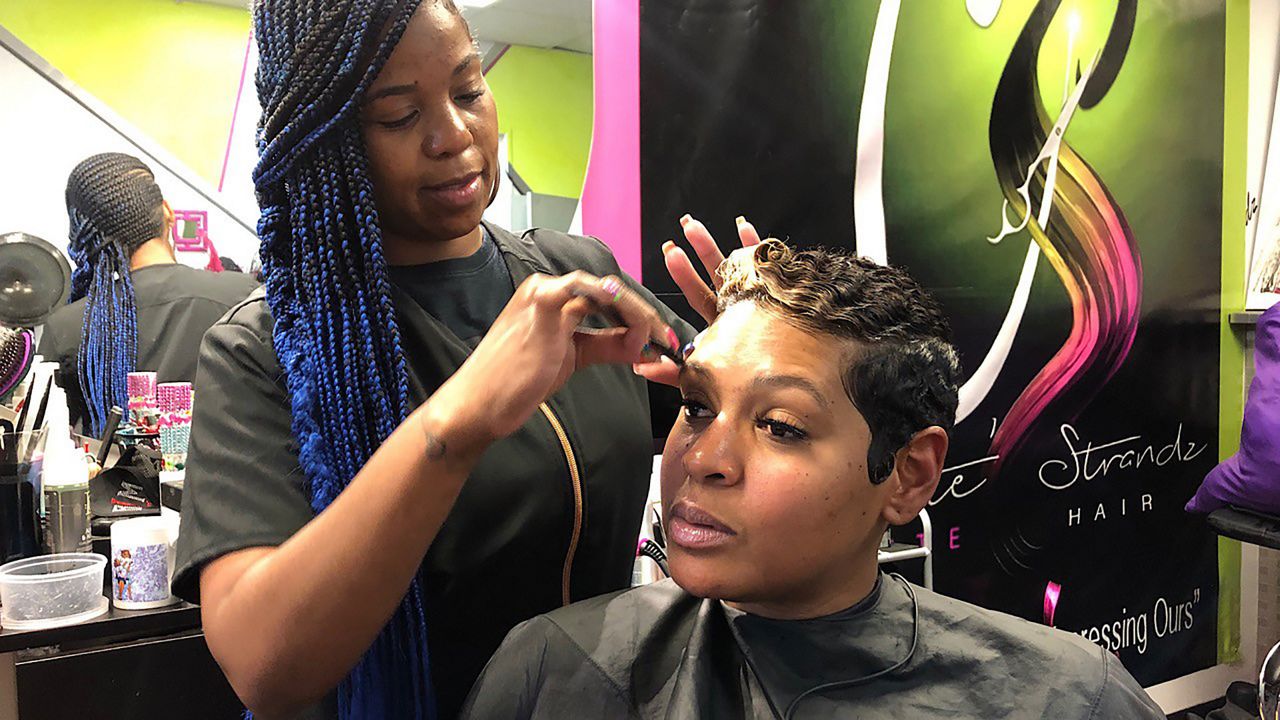 Lawmakers are looking at a ban on hair discrimination in Kentucky. (Spectrum News 1/Eileen Street)

Lawmakers hear from advocates on importance of the CROWN Act

LOUISVILLE, Ky. — The Real Young Prodigies is a group of kids in Louisville who rap about social justice. They’re also advocating to ban hair discrimination in Kentucky.

Members of the group testified in Frankfort on Friday in support of the CROWN Act, which would prohibit schools and businesses from telling people what to do with their hair.

“Black hair is our culture. And also I have many ways and many things to do my hair because I have control of it,” DeAngela McMillin said. “And that’s why I’m asking you, Mr. Chairman, to pass this CROWN Act so many young people like me and the Real Young Prodigys can let our hair freely and we can have control over our hair.”

Sen. Whitney Westerfield (R-Hopkinsville), who leads the Senate Judiciary Committee, said he supports the measure, even though it’s not something he considered when he initially ran for office.

“But it’s an issue that’s important to me now as a father of two biracial children who have beautiful hair, this hits really hard for me,” he said.

Rep. Attica Scott (D-Louisville) has filed the bill in each of the last two regular sessions, but it never went anywhere.

She says she’s optimistic about next year, though, after the city of Louisville passed its own CROWN Act ordinance.

“I even wrote to and asked the Speaker of the House, Speaker [David] Osborne, for a hearing on the bill. That never happened,” Scott said. “So now that we can potentially get it in a new committee with a new committee chair who is more open, I’m hopeful that will get some movement on the bill.”

She said she’s faced discrimination for her own hair, and heard plenty of stories from others.

“I’ve heard stories of people who have been fired from their jobs or forced out because they had braids or locks or twists or afros,” Scott said. “No one should experience that discrimination anywhere, particularly in the commonwealth of Kentucky.”

The CROWN Act will be considered when lawmakers meet for the next regular session, which starts in January 2022.