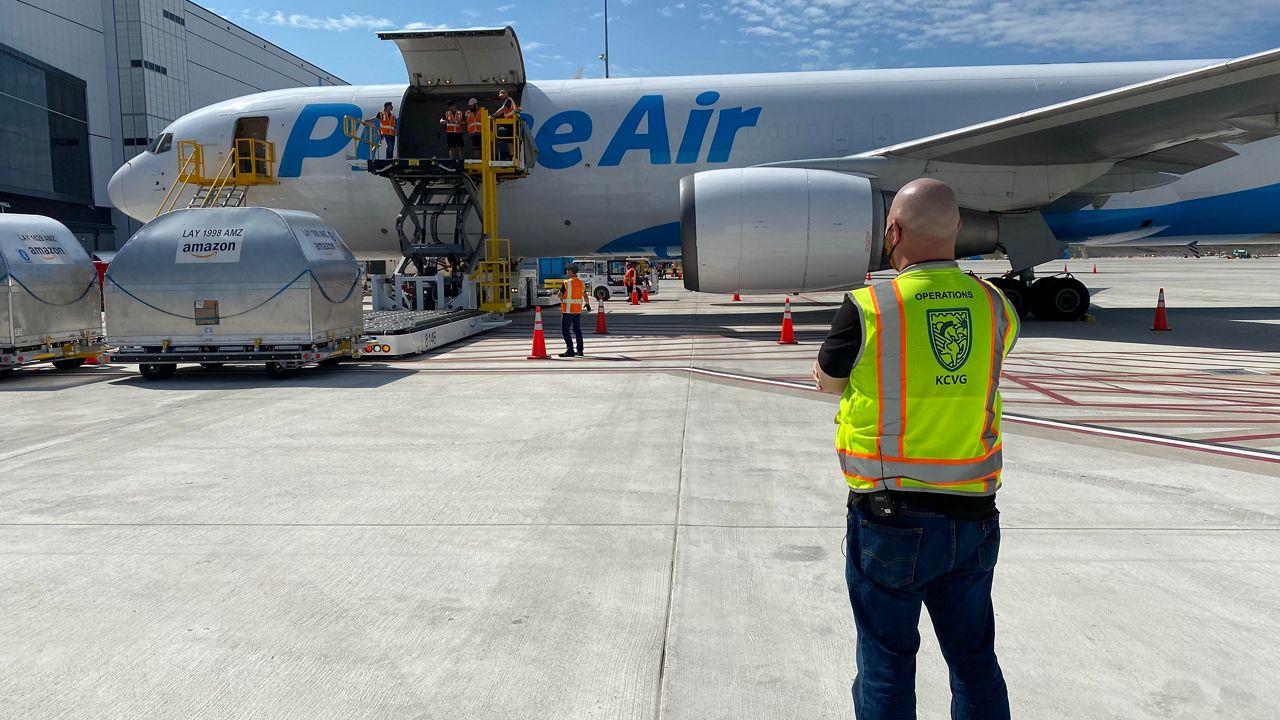 An oversimplification of Melendez’ many responsibilities could be: he helps people’s stuff get to them faster. (Spectrum News 1/Sam Knef)

HEBRON, Ky. — One of the biggest companies in the world is expanding its footprint in the Bluegrass, and a man from small-town Dawson Springs is playing a big part in making that happen.


Adrian Melendez soaked in the view from his window at the Amazon Air Hub at CVG. Amazon planes had just landed. Workers were starting to unload huge pods full of packages that were about to be shipped all over the country. 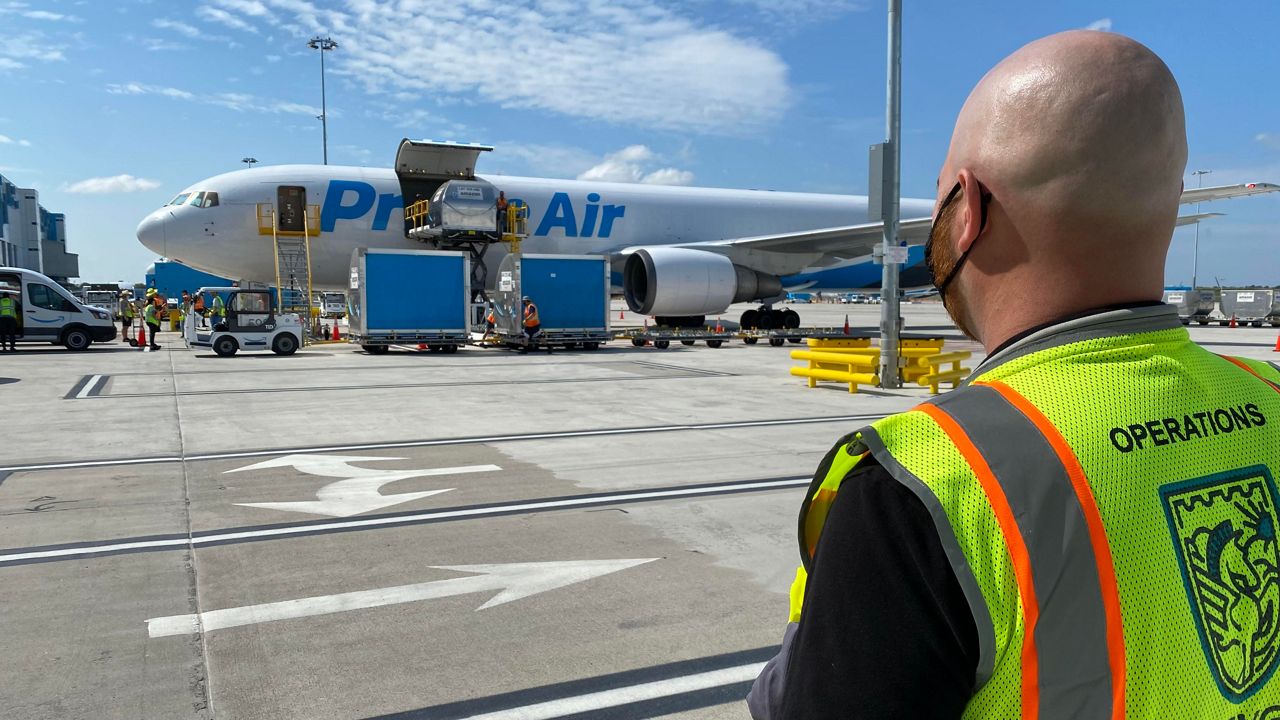 “If you were to ask me 10, 11 years ago if this is where I thought I would be, I probably would’ve said you’re crazy,” he said. “Ten years ago, Amazon didn’t even have airplanes or air operations, and here we are today flying airplanes all across the country to enable these faster deliveries for our customers, because that’s what they want.”

Melendez is the director of operations for the air hub, which opened for flights in early August at the Cincinnati Northern Kentucky International Airport.

An oversimplification of Melendez’s many responsibilities could be: He helps people’s stuff get to them faster.

“One of the really challenging parts of a business like this is just managing the flow of our equipment and our containers throughout the site,” he said. “Every package that comes through here is another package getting to a customer faster.” 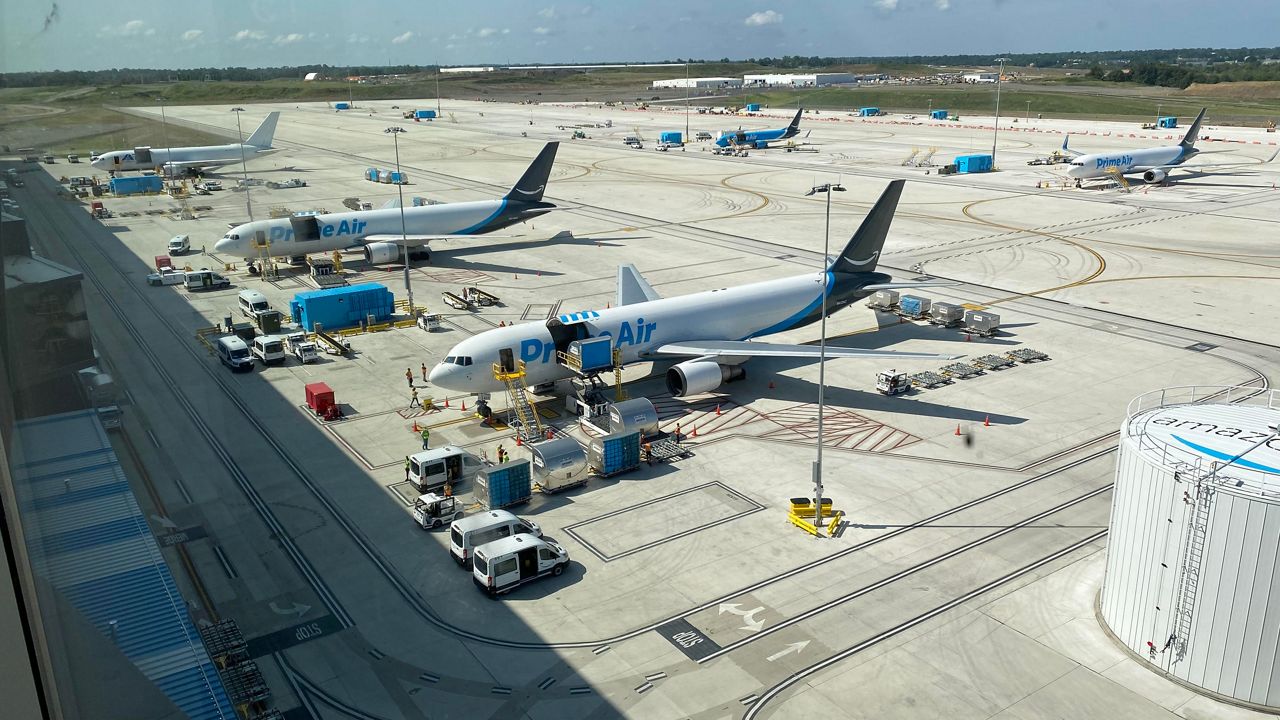 Adrian Melendez soaked in the view from his window at the Amazon Air Hub at CVG. (Spectrum News 1/Sam Knef)

A package one of the air hub’s robots is carrying one day in Northern Kentucky could be in Los Angeles by the next morning. That’s not too different from the long journey that has been Melendez’s career.

He grew up in Dawson Springs, which has a population of fewer than 3,000 people. After attending the University of Louisville, he landed an entry-level area manager position with Amazon. Now he’s managing the newest and largest air hub for the online retail giant.

He credits his curiosity for his rise.

“The drive to go into new spaces where we’re trying to understand and build the standards that are going to give us success, and to go do the challenging things that nobody’s done before,” Melendez said.

He’s worked in California, Florida, Seattle, New York and Connecticut, before landing back home in Kentucky.

“I knew that I was going to do cool things, but I didn’t really know what my path was going to take me on,” he said. “It enabled my family to see different parts of the country, and for my kids to get a really diverse upbringing and see different places that I did not get to when I grew up.”

Melendez said Amazon’s investment in the region will continue to bring jobs to Northern Kentucky. He said he’s proof for those people starting, that the sky's the limit.