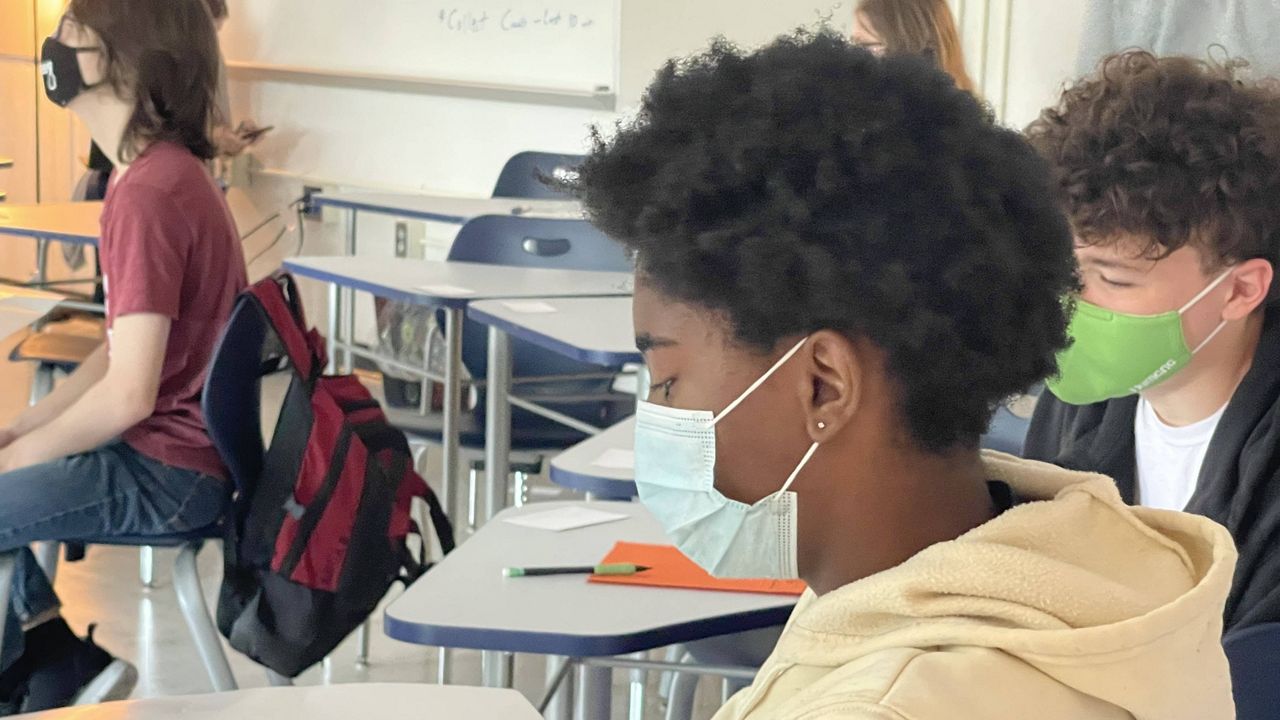 Over 16% of Kentucky school districts have closed temporarily because of COVID-19 so far this school year. (Spectrum News 1/Amber Smith)

TAYLORSVILLE, Ky. — Students will not be in Spencer County Schools Thursday after the district announced a temporary closure as COVID-19 cases rise in the district. It's a problem many Kentucky schools are facing, leading to a rapidly growing list of school districts that have paused in-person instruction so far this school year.

Ashland Independent Schools will be closed the rest of this week and all of next week. The closure begins Thursday and runs through next week. Classes resume in person on Monday, Sept. 13.

The Headstart/Preschool program will continue to operate on its regular schedule.

In a comment on the Facebook post, the district clarified these will not be NTI days. That means the days will need to be made up later this school year.

Paris Independent Schools will start the in-person instruction pause Friday. Classes there will be closed Friday and all of next week. Students will return to classrooms Monday, Sept. 13.

Carlisle County Schools will be closed Thursday through Tuesday. The district was already scheduled to be off Monday for Labor Day. That means there are two days of school cancelations before students return to the classroom. Staff will report Thursday, but not Friday or Monday. These will not be NTI days, so the district will need to make them up at a later date.

Montgomery County Schools will be closed Thursday and Friday. There was no school scheduled for Monday for Labor Day. Students will return to in-person instruction Tuesday, Sept. 7.

In a series of tweets, the district said there were approximately 25 new cases reported Wednesday, resulting in 150 student quarantines. School officials said that doubled the number of cases and quarantines in the district within just one day.

The school district said these will not be NTI days, so they will need to be made up later in the school year.

Childcare will continue to be offered at MSE.

Today, September 1, 2021, the number of COVID-19 cases and quarantines in our schools increased drastically. We were notified of approximately 25 new cases of COVID-19 in students within our schools. pic.twitter.com/lEv2CzqdyP

Spencer County Schools will also extend the holiday weekend because of COVID-19. The district was already scheduled to be off Friday and Monday. The school will now also be closed Thursday.

This will not be an NTI day, so it will need to be made up later in the school year.

In a video message, acting superintendent Chuck Abell said he hopes extending the already-scheduled holiday weekend will be enough to get the surge in new cases under control.

“As I have mentioned to you before, keeping our students in school is a priority moving forward. However, we do have fewer options at our discretion this school year. By strategically using the days we do have, we hope to prevent long-term closures down the road,” Abell said.

Under a law passed by lawmakers and signed by Gov. Andy Beshear earlier this year, school districts are only allowed 10 days of non-traditional instruction, or NTI, to use for virtual learning if districts close due to COVID-19 outbreaks.

Sen. Gerald Neal, D-Louisville, wants to see that tweaked, so schools could have more flexibility.

“We’re in a space right now we didn’t think we’d be in, lets say five months ago, and we don’t know where we’re going to be five months from now,” Neal said.

“I think if we look to go to a model of unlimited NTI, I would be very afraid of abuse that could possibly come from that,” he said.