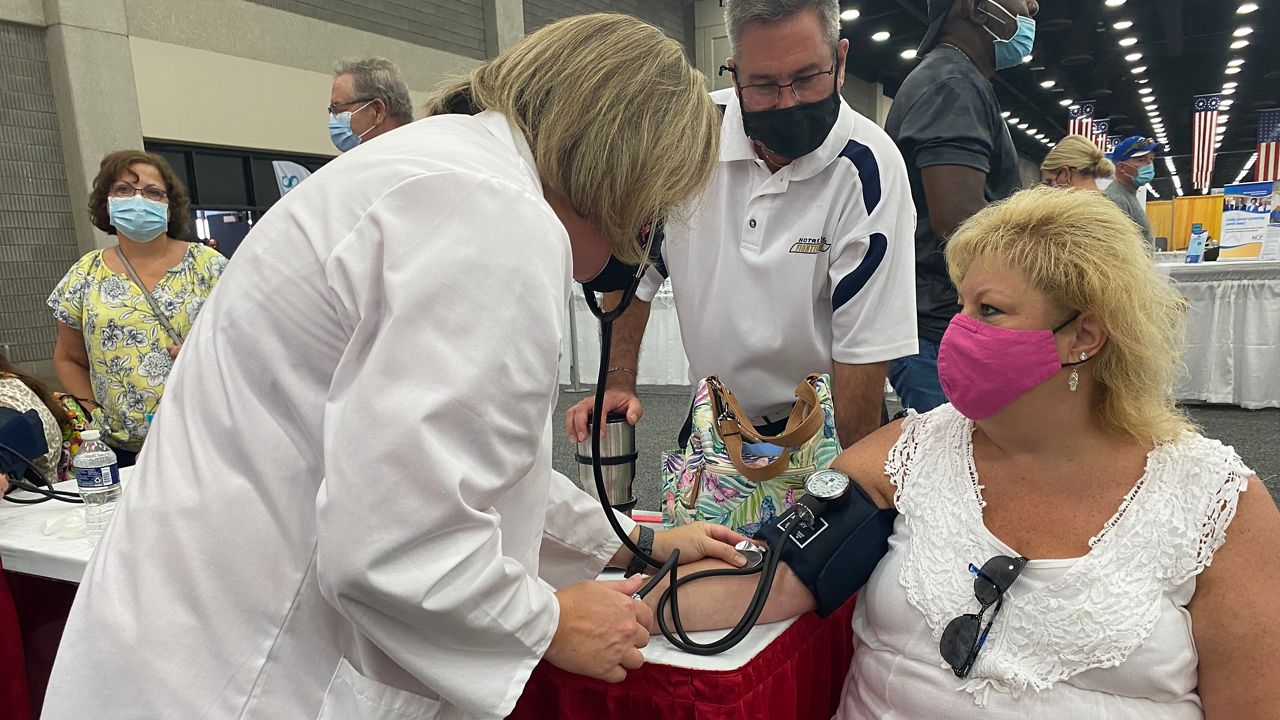 LOUISVILLE, Ky. — When you think of the Kentucky State Fair, the first things that come to mind are probably rides, or maybe the delicious donut burger and funnel cake. One Kentucky woman said going to the state fair saved her life, and she’s hoping her story can save more lives.


Leigh Rae Kmiec said going to the state fair is a yearly tradition. Along with the food and attractions comes the most important “must do” at the fair: the health screenings.

“I don't have to take a day off work, you get all your screenings done here, you don't have the white coat syndrome, they're all right here, look just like you, so we do it every year,” Kmiec said.

The Brown Cancer Center Mobile Mammography Unit is celebrating its 30th anniversary at the Kentucky State Fair. Since the age of 40, Leigh said she's been getting her cancer screenings from UofL Health, but in 2017 she did not expect the news she received.

“I came for my normal routine mammogram that I come for every year and that year 2017, when I got the letter from the hospital I had to go back because they had found something,” Kmiec said.

Pam Temple, cancer control specialist at the Kentucky Cancer Program UofL, said senior citizen day at the fair was their best turnout with 30 screenings, but COVID-19 is affecting those numbers.

Temple said women from around the state travel to the state fair just to get their yearly screenings.

“During a normal fair, we screen close to 300 ladies during the 11 days,” Temple said.

Kmiec said getting her yearly screenings and finding out the news early saved her life.

“It's a huge shock when you find something like this out, the 'C word' alone scares you but they sit down and talk to you and you discuss what has to happen and what you want to do and unfortunately like I said I got the full gamut,” Kmiec said.

“My husband and I made a deal when we started all of this, that either I was going to follow through and live my life and try to help other people or I was going to go up and throw the covers over my head,” Kmiec said.

Kmiec has been cancer-free for the last three years but still continues to have check-ups. She hopes her story inspires others to get screened.

“If I can help save one person's life I want to. It was pretty scary when you’re up doing chemo and see how many people are there, everyday, it's amazing. I'm just shocked at how many people you see so if you can catch it early and save a life, that's exactly what I want to do,” Kmiec said.

The Brown Cancer Center Mobile Mammography Unit will be at the state fair in South Wing B at the Kentucky State Fair on Saturday from 10 a.m. until 5 p.m., screening any woman over the age of 40.