Louisville veterans react to bombing in Afghanistan: 'We know their lives are changed forever'

LOUISVILLE, Ky. — "Don’t be afraid to go up to them and thank them."

Louisville veterans are showing their support for the soldiers and families involved in Thursday’s bombing in Afghanistan. the bombing killed 13 service members and wounded at least 18 service members. The blast also killed dozens of Afghans in the area of Kabul's airport.

On Friday members of the Louisville non profit USA Cares gathered for an event at Veterans Memorial Park in Jeffersontown. The Louisville-based window company Renewal by Andersen was presenting  USA Cares with a $25,000 donation, money that will go to helping veterans transition into civilian life. The celebratory event shared a heavy burden in light of Thursday's deadly attack. 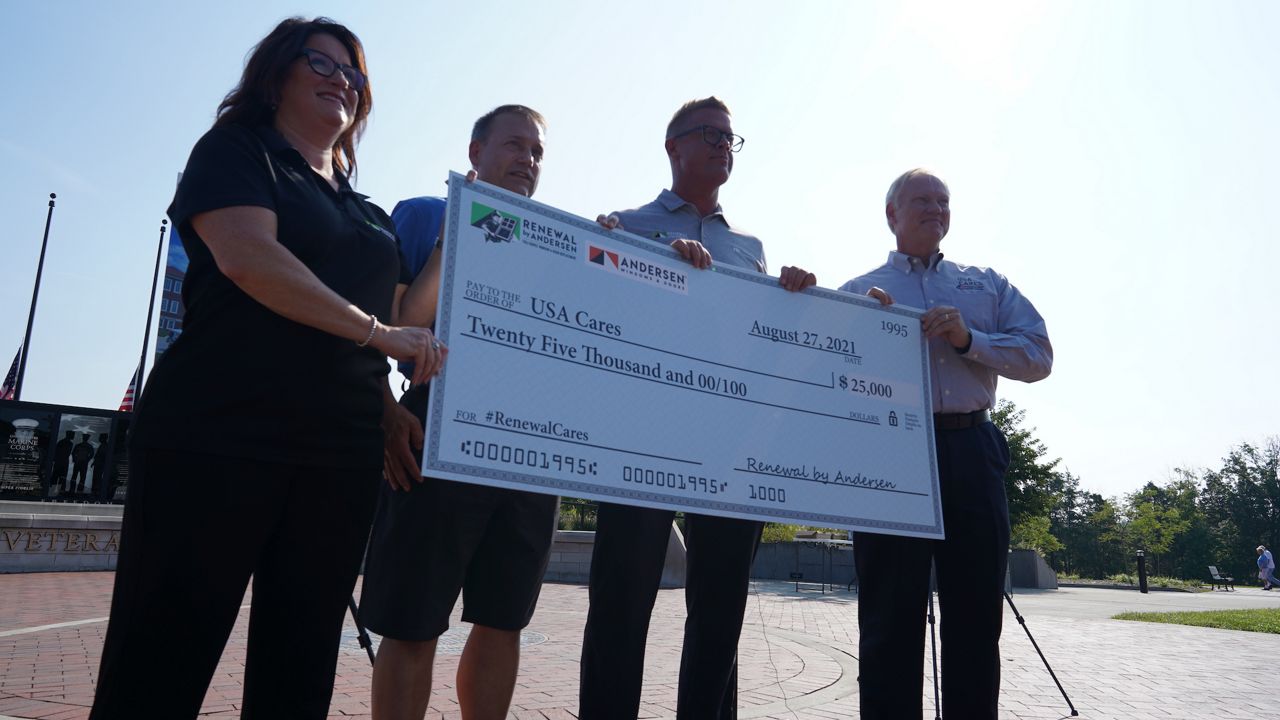 Chesser, an Iraq War combat veteran, and the President/CEO of USA Cares, which offers financial help, job training and placement for returning veterans.

“There are going to be service members, some of those 18 that are going to go through life changing experiences like that and that’s the ones we try to really help because it’s a very dark place to be at," Chesser explains.

Chesser also says the recent events in Kabul have local veterans under a lot of stress.

“Our service members are reaching out as much now as ever and a lot of them are expressing frustration, confusion, doubt. They are struggling," Chesser said.

John Tindall is a retired Major General with the U.S. Army and was attending Friday's check presentation.

“And it’s ripple effect all the way through the people who knew them, those people who love them, those people who hoped to have a future with them and it’s something for those of us who have been in the military experienced never liked to experience ever again and hoped that it would never happen. The reality of the situation is it has." Tindall said. "It has and it will and we have to prepare for it and help our military families suffer through it," Tindall continued.

Chesser says while the country grieves and processes what’s happening a world away we can reach out to our veterans here at home. “I think the thing is, to always try and be positive toward our veterans. Don’t be afraid to go up to them and thank them."