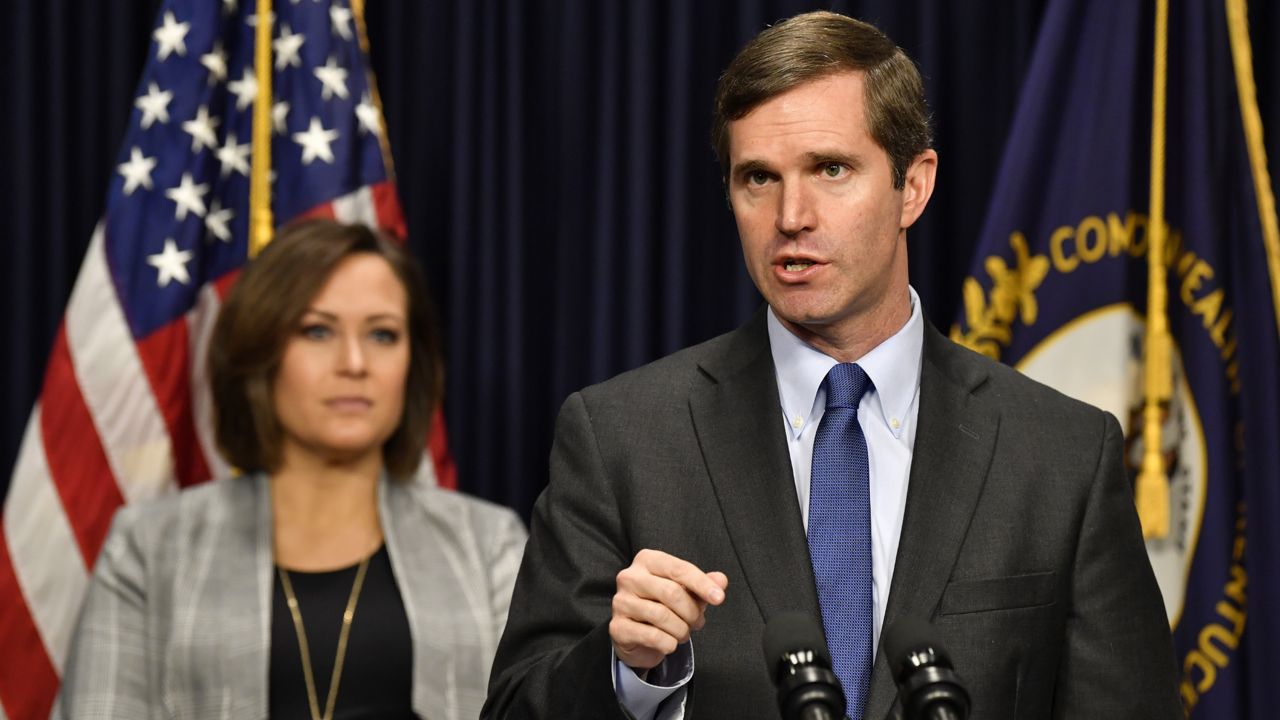 FRANKFORT, Ky. — Gov. Andy Beshear says at the rate we’re going with COVID-19, Kentucky will soon see more patients in hospitals beds than at any point in the pandemic.

“This delta variant, it’s no joke,” he said. “It is out to get, to harm, and ultimately to kill as many people as it can. We need folks to do the right thing to protect themselves and do their patriotic duty to beat this virus.”

Kentucky Public Health Commissioner Dr. Steven Stack said hospitals in other states want to send their patients to Kentucky, but many hospitals in the commonwealth are filling up too, and there’s concern there aren’t enough workers to take care of patients.

“I’m going to tell you right now, the health care capacity is going to get really difficult here in the weeks ahead,” Stack said.

Beshear has already instituted a mask mandate for schools and he says a statewide mandate is being considered. He says he hasn’t yet because many businesses are requiring masks on their own and vaccines are still readily available.

“If everybody who is unvaccinated who qualifies would go out and get the vaccine tomorrow — we could vaccinated half a million people tomorrow; we have that many vaccines that are out there and ready — then we wouldn’t have this surge,” Beshear said. “We would have open beds for people who needed them for COVID or not.”

Beshear held his update as lawmakers were conducting a committee meeting on the Kentucky Board of Education’s new mask requirement, which codified an executive order Beshear issued earlier this month.

The Administrative Regulation Review Subcommittee voted the new regulation, along with another regulation requiring child care centers to implement a mask policy, were deficient.

The vote was essentially symbolic because the vote only requires the governor to reexamine the rule. Beshear determined the mask regulation will stay in effect within an hour.

The committee vote was 5-2 with only Republican votes in support of rejecting the mandates.

“This is what happens when politics runs over public health or common sense,” Beshear said.

More than 2.4 million Kentuckians have been vaccinated, including 66 percent of the adult population in the state. Beshear said the most growth we’ve seen in the vaccination rate has been among people in their 30s.