LEXINGTON, Ky. — The University of Kentucky is taking steps toward evolving with the growing popularity of esports and has implemented events aimed at making competitive gaming appealing to more people.


Heath Price, associate chief information officer in information technology services at UK, has played a significant role in bringing an esports program to UK's “The Cornerstone” facility, which contains the University of Kentucky Federal Credit Union Esports Lounge. Price also helped broker the now 18-month-old partnership between UK and well-known esports company Gen.G, which has led to several programs to engage esports fans, gamers and students, including the ChallengHER series. The ChallengHER series is an all-female tournament to promote an inclusive and positive environment for women in esports. The competitions took place July 10 and July 17, and participants played a 2vs.2-style game of League of Legends and a 5vs.5-style Valorant tournament. Spectators could watch the stream on Twitch at www.twitch.tv/universityofky.

“About six months ago, as we were revisiting and just thinking about what we were going to do next year,” he said. “We have some females in that group, and we were asking them, ‘Are the things that we're doing programmatically interesting to you?’ Let's find some of our student gamers on campus. Let’s find some females that are playing and see what they are playing  and what they want to do because we noticed a lot of these events we've been doing early on have been heavily male.” 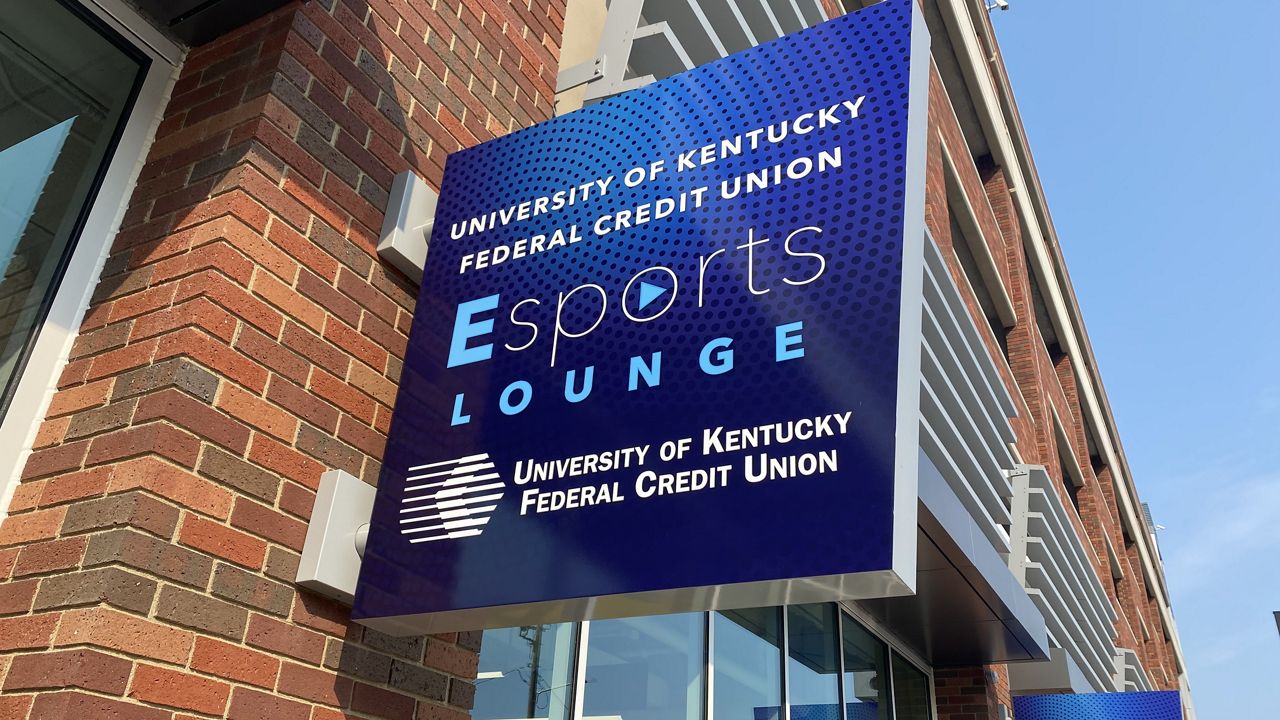 The Esports Lounge at "The Cornerstone" on the University of Kentucky's campus offers several gaming opportunities. (Spectrum News 1/Brandon Roberts)

UK has hosted two NBA 2K tournaments to date, and each time about 62 of the 64 competitors were male, Price said. Those stats felt “tilted,” Price said, and knowing the student body is about 50-50 male to female and there are gamers on campus that are women, a goal was set to create an environment where they can compete.

“One of the ideas Gen.G helped us sort through was creating an event that focused on females, and we called it ‘ChallengHER’ and had its focus on that demographic,” Price said. “Let's not invite the guys to this one and then ask the females what they want to play. That's where we got the idea for doing League of Legends and Valorant. Our next task was letting females that were interested know that we're even here, that this programming exists and there are opportunities for them to come and be involved.”

Maire Birdwell, 17, of Lexington, is an incoming freshman at UK double-majoring in geology and flute performance. She has been gaming for more than half her life and participated in the ChallengHER second weekend tournament playing Valorant. She said five 10-player teams were playing overall, and she learned about the tournament through UK’s esports community on the Discord platform.

Gen.G Manager of Education Partnerships Yugina Yun and UK’s administration has been excited about all-female tournaments and events moving forward.

“ChallengHER was really the brainchild of some of the females who work at UK and wanted to create something that they would have wanted to participate in when they were a student,” Yun said. “I think that that's the messaging we really wanted to showcase and to have at the forefront of the tournament. In particular, we know that there are many freshmen and even some sophomores who have never stepped foot on campus at UK and wouldn't know what gaming or community opportunities are available to them. By hosting a digital event and showcasing it all over UK’s social media channels and through the press network, we were hoping to find some freshmen students who would want to participate and ultimately stay engaged with the program through the school year. And in terms of the turnout, we had several UK students reach out saying they were starting school in the fall and were excited. Ultimately, I think overall, the response has been really positive.”

Birdwell is one of those freshmen. 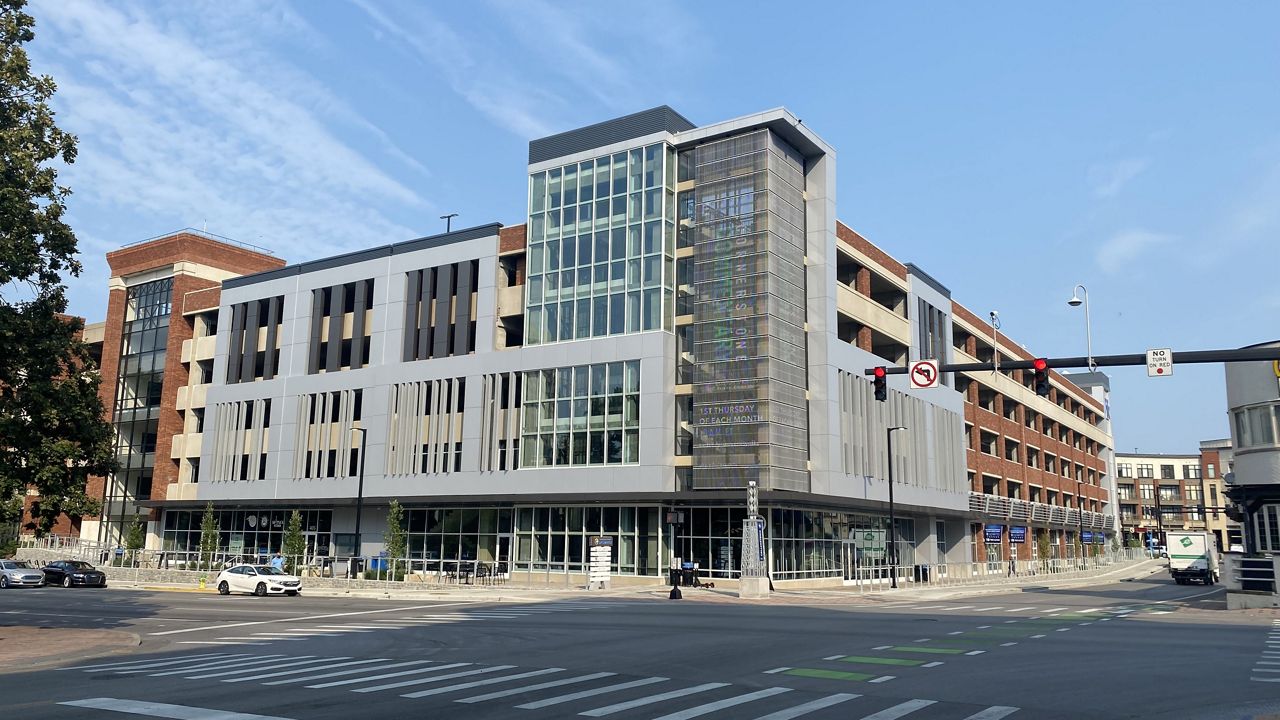 “I have many friends who are also interested and are gamers as well,” she said. “We've gone to Cornerstone before to hang out and play video games for a few hours. It's fun, and we're going to be continuing that while we're in college. It's going to be a hangout place for us for sure.”

Current or former athletes, males and females, students and community members can all find common ground in their affinity for esports or gaming in general, which is precisely the program’s intention, Price said.

“I have never seen an environment that connects more different people, and I don't think that's specifically about esports. I think that's more specifically about just gaming in general, Price said. “A lot of young people are into this now and are watching YouTube or following Twitch, so to be able to invite and draw in community members across our city and different parts of Kentucky, for UK to be one of those cogs, we just want to be a part of the fabric of that community and do our part in bringing people together and having people see this as a place they can be comfortable.”

Yun said she thinks UK wants to create inclusive and safe spaces for any student to explore any hobby they might be interested in, and gaming is a portion of that.

“This all-female tournament was really an opportunity to explore competitive gameplay without worrying about things like harassment,” she said. “We hope the students don't feel pushed out of this space, and we want any female student to reach out about what it is that they would like to see on campus and how we can support their gaming efforts.”

Birdwell said she feels one of the main reasons females tend to be uneasy about getting involved in gaming is that most of the community is male.

“There's a very small percentage of females in the gaming community, especially for the UK esports team. There’s not many,” she said. “That's one of the reasons why most girls tend to be on edge about joining. What I would do to make them feel better about it is tell them that there are many communities you can find that are female-only, like this tournament I was in. You can always talk to other friends. You can always find other interested females. There are lots of games that can fit any genre. If you like fantasy games, there will be fantasy games. If you like shooter games, there will be shooter games. There are games for everything, and there will definitely be a game that everyone will like.” 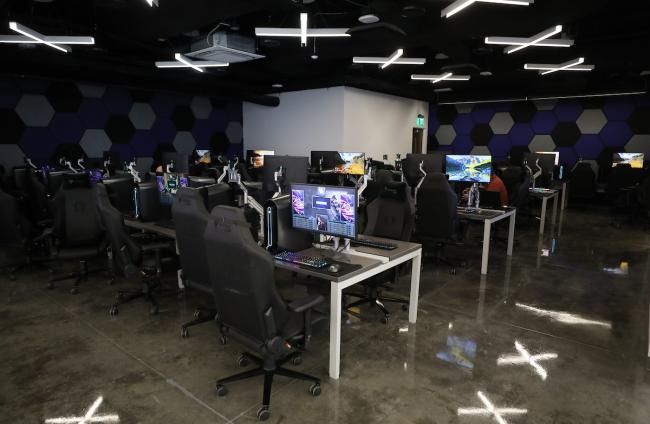 Price mentioned esports and gaming becoming more of a career than a hobby for some people, such as Erin Ashley Simon, a graduate of UK and former Wildcat women’s soccer player. Simon started doing some sports media work and has become somewhat of a celebrity in gaming. “This space is creating different opportunities for those that want to seek them out and develop their skills,” Price said. “I think more and more of that's going to be happening as we look forward to the next 10 years.”

Alyssa Dyer, 23, of Lexington, graduated from UK in 2020 with a bachelor’s degree in digital media and design. Since she was 12 years old, she has been gaming and said she could attest that the environment is not welcoming for females.

“I’m proud UK is doing these things to include more females,” she said. “I was able to watch the esports program progress, and it has been interesting. I have actually decided I would like to pursue a career in esports.”

According to the Kentucky High School Athletic Association, esports is the fastest-growing sport at high schools, but Birdwell said gaming goes well beyond sports.

“When you think about gaming, you think about Call of Duty or NBA 2K or something like that,” she said. “No one really tends to think about the other games people tend to like. Those games don’t get talked about enough because you're thinking about sports and shooting.