LEXINGTON, Ky. — The number of new cases of COVID-19 is increasing as the Delta variant of the virus makes its way through communities, experts said.

Primarily affecting those that have not received a COVID-19 vaccine, the new strain has created localized hot spots, health experts explained. They believe those hot spots include pockets of dangerously low-vaccination rates among local populations.


During the first week of July, the Centers for Disease Control and Prevention (CDC) flagged Pike County in rural eastern Kentucky as the only “sustained hot spot” in the Commonwealth. The CDC defines a sustained hot spot as a county with a high burden of COVID-19 cases and is at a “potentially higher risk for experiencing health care resource limitations.”

Jennifer Nuzzo, a senior scholar at the Johns Hopkins Center for Health Security, told NPR she fears a continued trend of localized surges around the country, particularly in small towns and rural areas, because of those residents’ hesitancy to get the vaccine.

Pikeville resident Kevin Auton has taken it upon himself to try and narrow what he believes is a political divide among those who will get and have gotten the vaccine and those who have not and likely will not. Aside from word-of-mouth, he has used social media to stress the importance of getting vaccinated and has gotten considerable backlash.

“This thing needs to be stopped, and the vaccine is the answer,” he said. “The conservative right-wing is mostly the ones putting out all the disinformation, and Trump is the one who fast-tracked the vaccine. I’m thankful for that. But now, he and his followers are taking a different stance. The virus isn’t political, but people making it political is the problem.” 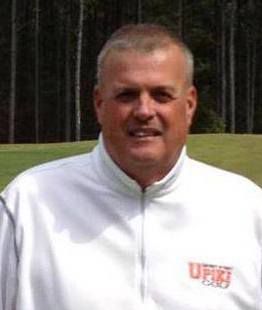 Pikeville resident Kevin Auton is urging people to get vaccinated, but faces some backlash. (Kevin Auton)

Pike County’s seven-day total of new COVID-19 cases doubled from previous weeks, with about 68 new cases reported as of July 18, according to the Pike County Health Department’s website.

A recent article in the Appalachian News-Express about Pike County being at the “accelerated" level, or the second-highest level, of the state’s Daily Incidence Rate Map, prompted Auton to share the story on his Facebook page.

“No kidding,” Auton posted along with the article. “For God’s sake, get the practically harmless shot, and let’s get this deadly virus behind us. Ninety-nine percent of recent deaths and hospitalizations are unvaccinated people. That’s an undisputed fact.”

The post was not well-received in deep-red Pike County, and people unabashedly disputed Auton’s claim. He said there is not much he can do outside of social media and talking to friends, family and co-workers, but with just 56% of Pike County residents having received at least one dose of the vaccine and a mere 44% getting both, Auton said he feels the need to do everything he can. 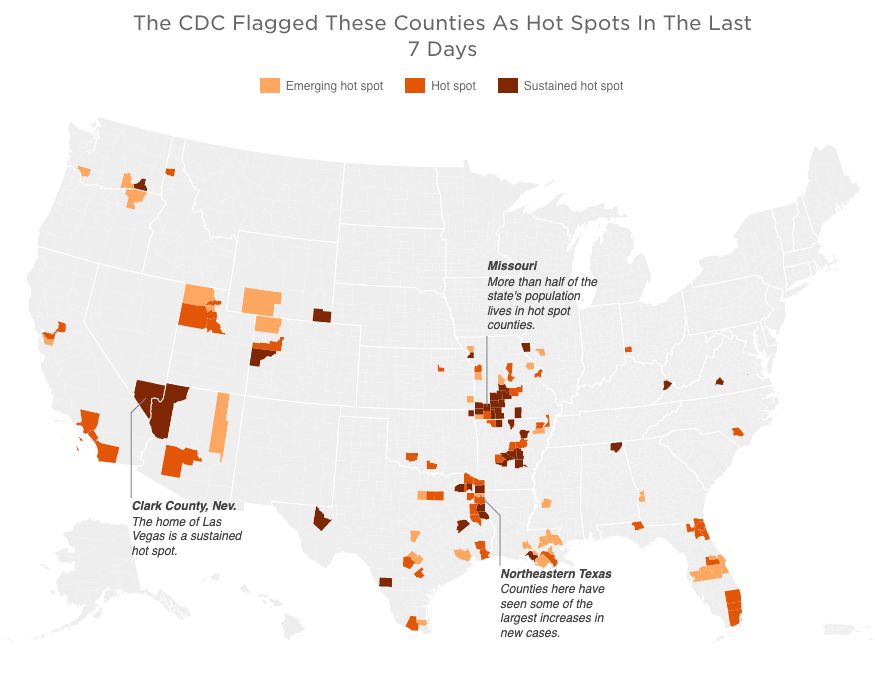 Pike County was the lone Kentucky county deemed a "sustained hot spot" for COVID-19 infections by the CDC the week of July 1-7. (CDC)

“I just can’t believe people don’t think the virus is real and ignore all the experts,” he said. “They truly believe this is all some political conspiracy. The data completely show the vaccine is safe and effective and that 99% of new hospitalization and deaths are among the unvaccinated. The vaccine is a no-brainer in my book, and I’ll be the first in line for any booster or another shot.”

“We have the most aggressive variant that we have seen to date in our battle against COVID. It’s a serious, even deadly, threat to unvaccinated Kentuckians,” Gov. Andy Beshear said during a Monday, July 19, briefing. “If more adults don’t get vaccinated, it’s not just adults who pay the price. It’s our kids who will. Many of them can’t get vaccinated yet, and they count on us to make good decisions and do the right thing.”