‘Essential’ no more: Kentucky front-line workers on life in the pandemic

LOUISVILLE, Ky. — It was around mid-March of 2020 that Mason Sims was first called “essential,” a label the pharmacy technician and cashier wore with pride.

“A lot of employees recognized how essential our jobs were, but it was good to know the public was starting to realize it,” said Sims, who worked at a Lexington Kroger when COVID-19 hit Kentucky.

With the label came newfound appreciation. Sims recalled the early days of the pandemic, as anxious customers stood in long lines to bring home essentials, unsure of when they'd next be able to go to the grocery.

"We had a mutual understanding," he said. "I’d apologize and they’d be like, 'I understand. Thank you for doing what you do.'" 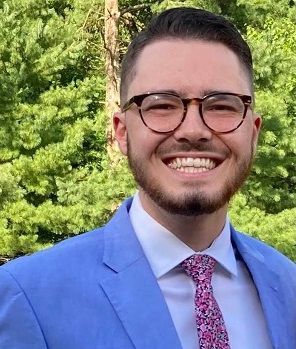 Mason Sims worked at Kroger during the pandemic when customers were briefly appreciative. (Courtesy Mason Sims)

Before the pandemic, Sims was used to people passing through his checkout lane and never looking up from their phones. They avoided eye contact. “They don’t want to really acknowledge that the person who’s waiting on you is a human being,” he said.

By last summer, that behavior had returned. "People were angsty,” Sims said. “It was like, ‘We don’t really care anymore.”’

A few months later, as the weather turned cold and Kentucky’s COVID-19 death count spiked, the gratitude was gone entirely. Workers were still exposing themselves to potential illness, but customers grew defiant, dropping their masks and demanding a level of service that felt impossible to provide.

Now, halfway through 2021, workers once lauded for their contributions to society are back to being ignored, or in some cases, berated by customers. “They’re either not paying you any mind or they're being really short with you,” Sims said.

Sixteen months ago, hundreds of thousands of Kentucky workers were deemed “essential.” As millions of Americans lost their jobs and millions more began to perform theirs remotely, essential workers found themselves in limbo — spared from the uncertainty of unemployment but deprived of the safety that came with working from home.

Initially, they drew praise for going out in the world to allow the rest of society to continue functioning. Gov. Andy Beshear celebrated their heroism and, in some cases, their bosses boosted their pay. Yard signs honoring their service popped up like dandelions, concerned citizens donated hand-sewn masks and companies such as Starbucks and Crocs offered “thank yous” in the form of freebies.

For Shaun Judd, the essential label was confirmation of something he’s long known.

For the past two years, Judd has worked at a hospital in Louisville, preparing supplies for doctors going into surgery. When the first COVID-positive patients arrived last year, the hospital took great pains to protect workers from the then-mysterious virus. Hallways were closed, barriers were erected and doctors did their jobs in bodysuits and hoods. “It was very scary,” Judd said. “You’d think, if I enter this hallway I might get COVID.”

But he understood why he was at work. “Not to brag or anything, but I feel like my job is very important,” he said.

Each day when Judd drove into work, he saw a sign acknowledging as much. Stuck in the grass outside of the hospital were big, bold letters reading "Heroes Work Here."

Recently, with construction going on at the hospital, the sign came down. “No one ever said 'We're going to take this down,' or 'We're done with this,'” he said. "It just faded away." 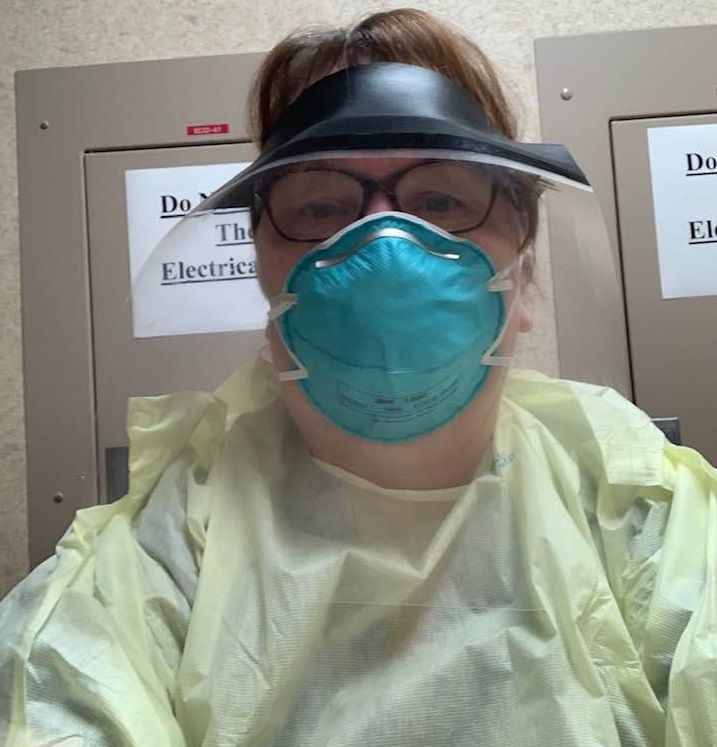 For Carolyn Tinsley, being called essential was "strange."

“It was the first time I’ve ever heard it, but going to work during a bad time was not new to me,” said Tinsley, a nursing instructor at Murray State. “I’ve always been essential.”

In the classroom when the pandemic hit, Tinsley left Western Kentucky for North Dakota last summer. She spent 13 weeks treating COVID-19 patients in an ICU. Apart from signs calling her a “hero," she noticed very little celebration for the job that kept her and other nurses away from their families and under immense pressure.

“I worked with nurses who couldn't go home and hug and kiss their children because they had worked COVID, and that’s not new,” she said. Neither, according to Tinsley, is the lack of public acknowledgment for the sacrifices nurses make. “I wish that people had a better appreciation for what nurses do every day,” she said.

Other essential workers had a hard time accepting the label. Karl-Heinz J. Williams, a tech supervisor for Ken’s Beverage who lives in Meade County, works on coffee and fountain drink machines at gas stations, restaurants and nursing homes. It’s a job that he doesn’t see as essential to the functioning of society, despite its designation as such last year.

“When I think of essential workers, I think of hospital workers, police, EMS — people that actually need to be out working,” he said.

If people in those roles worked throughout the pandemic out of necessity, Williams saw a different reason for his continued employment. “I always thought it was greed,” he said. “Somebody said we were essential so they could keep making money.”

An analysis early in the pandemic found that there were 422,000 essential workers in Kentucky. While just over half of the group was front-line health care workers, it also included nearly 50,000 trucking and warehouse workers and twice as many people working in grocery, convenience and drugstores.

Being called essential when his work didn’t feel that way frustrated Williams, particularly when he found himself in unsafe settings.

“We were touching stuff that everybody was touching and you didn’t know who washed their hands or who was taking the precautions they needed to,” he said. “It was a constant worry of if I’m going to be safe, or if I’m going to catch this.”

By the time Noah Smith went to work at Breadworks in Louisville last October, the notion that essential workers were worthy of special appreciation had largely vanished. COVID-19 hadn’t, though.

“This was before the vaccines were out,” Smith said. “This was high stakes.”

Smith’s employer helped reduce the risk of exposure by removing tables from the shop. That and the cancellation of the bakery’s New York Times subscription meant no customers were lingering around, making messes that later needed to be swept up. But new problematic behavior emerged, with some customers treating the mask requirement as a loose suggestion.

The low pay — Smith made $10 an hour — along with the threat of COVID-19, resulted in an ever-present sense of dread. “There was a layer of terror over everything,” Smith said.

Adding to Smith’s stress was a change in customer behavior from before the pandemic. “No one was tipping,” they said. This was Smith’s second stint at Breadworks. Smith used to collect $60 a day in tips, but that dropped to $13 last fall.

Smith has since left Breadworks for a job at the University of Louisville. Sims has taken a new, better-paying position as a pharmacy tech, though he still picks up shifts at Kroger on some weekends. Tinsley will soon begin teaching again, while Judd and Williams continue reporting to work on the frontlines, just like they did every day of the pandemic.