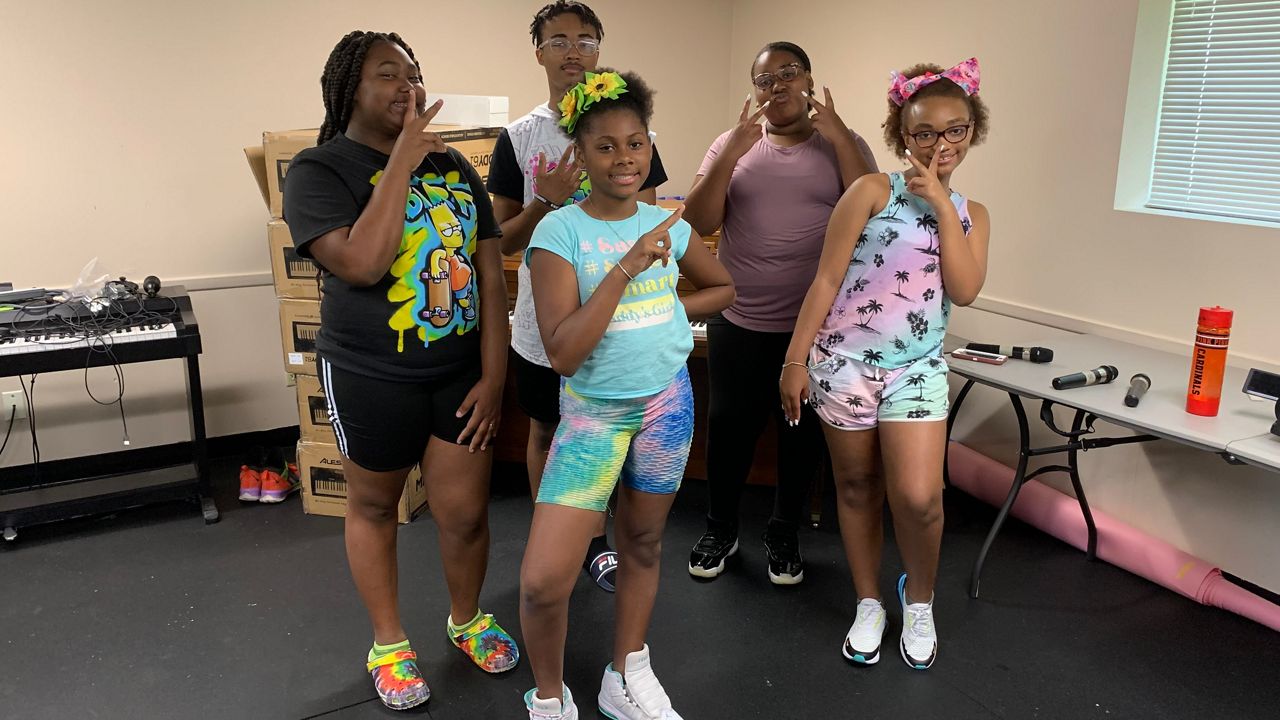 Young students are celebrating the progress that 'The Crown Act' is making. It defines unwanted touching of hair, and rules or limits against certain types of hairstyles of national origin in the workplace, as discrimination. 'The Real Young Prodigys,' a student hip-hop group, has even made a rap song to promote the Crown Act.

The song titled 'CROWN' has a music video gaining increasing popularity in Louisville and beyond; but it's as much a social justice project as it is catchy music video. In the song CROWN, young artists Renee Robinson and D'Angela McMillan alternate rapping the lyrics "my curls, my twists, my puffs, my braids," culminating in "we rock our hair in different ways."

It sheds light on their experiences with hair discrimination and unwanted touching in public.

"It makes me feel like I don't have any personal space or nothing personal because, you're all up on me," Robinson adds.

Councilwoman Keisha Dorsey (D- District 3) is a co-sponsor of The Crown Act, Councilman Jecorey Arthurs' bill (D- District 4) to protect against this kind of behavior. Dorsey can relate to the behavior the girls sing about. That's why she says it's important to get the legislation passed. On Thursday, the measure passed the Committee on Equity and Inclusion.

"It's one of the most intimate violations that a person can perceive and often times in public, and it catches you off guard," Dorsey told Spectrum News 1.

The Real Young Prodigys group actually formed in a Jefferson County classroom, with the help and mentorship of teacher NyRee Clayton-Taylor. She heads-up Jefferon County Public Schools' Justice Now project, encouraging young students to use their voices to take a stand for issues that matter to them.

Clayton-Taylor has also seen kids cope with hairstyle insecurity, in school. It's why she says the topic and Crown Act is especially important now.

"Students would sometimes come into a classroom and have a hat on. And the first thing as a teacher or [administrator], is to say 'take your hat off.' But, then there would be an instance of why can't you take your hat of ... their hair may be messed up," she explains.

McMillan says confidence is key, and the Crown Act can help with that.

"I just don't want nobody to discriminate against The Real Young Prodigys because of our skintone or our texture of hair. We all have different type of textures," she remarks.

The Crown Act will be up for another vote before Metro Council next week.