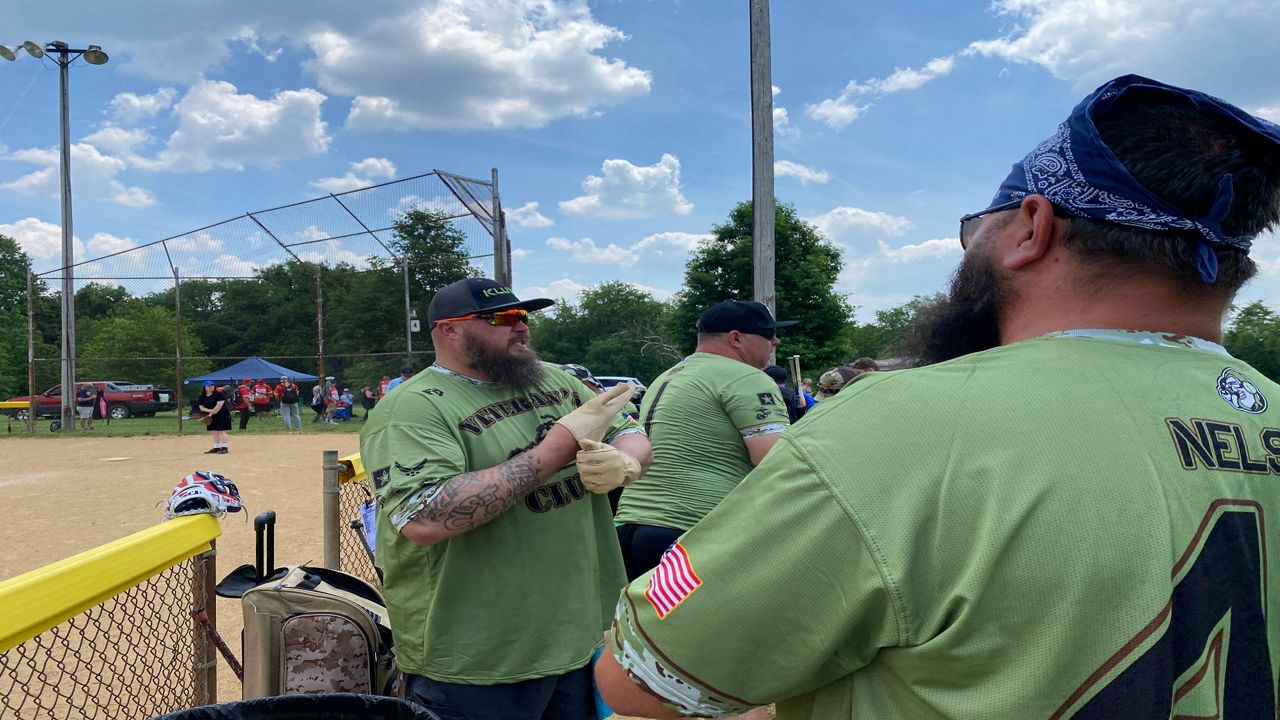 LOUISVILLE, Ky. — Kentucky veterans got a chance to put on another uniform, but this time it's a softball jersey. The Veteran’s Club started a group recreational therapy program to help build connections and a team of support.

The motto for this team is swinging against veteran suicide. More than 17 veterans across the country commit suicide each day, according to the U.S. Department of Veteran Affairs.

“We are out here to have fun and connect, but to also share a message to those out there who are struggling with this to come and play softball with us,” said Jeremy Harrell, the founder and CEO of Veteran’s Club. “We call this recreational therapy.”

Veteran’s Club created the co-ed softball team when one of their members pitched the idea to Harrell. Harrell said they had a lot of interest for veterans who sought to be on the team and don a jersey.

On and off the field, Veteran’s Club members offer each other support. So whether they are cheering for their friend who is in the batter’s box or simply there to listen, that’s more than enough for the group to rally around.

“The real win is for us all to be here and to be connected and have some fun,” said Harrell. “Something that takes the stress out of the mindset and allows us to engage in physical activity.”