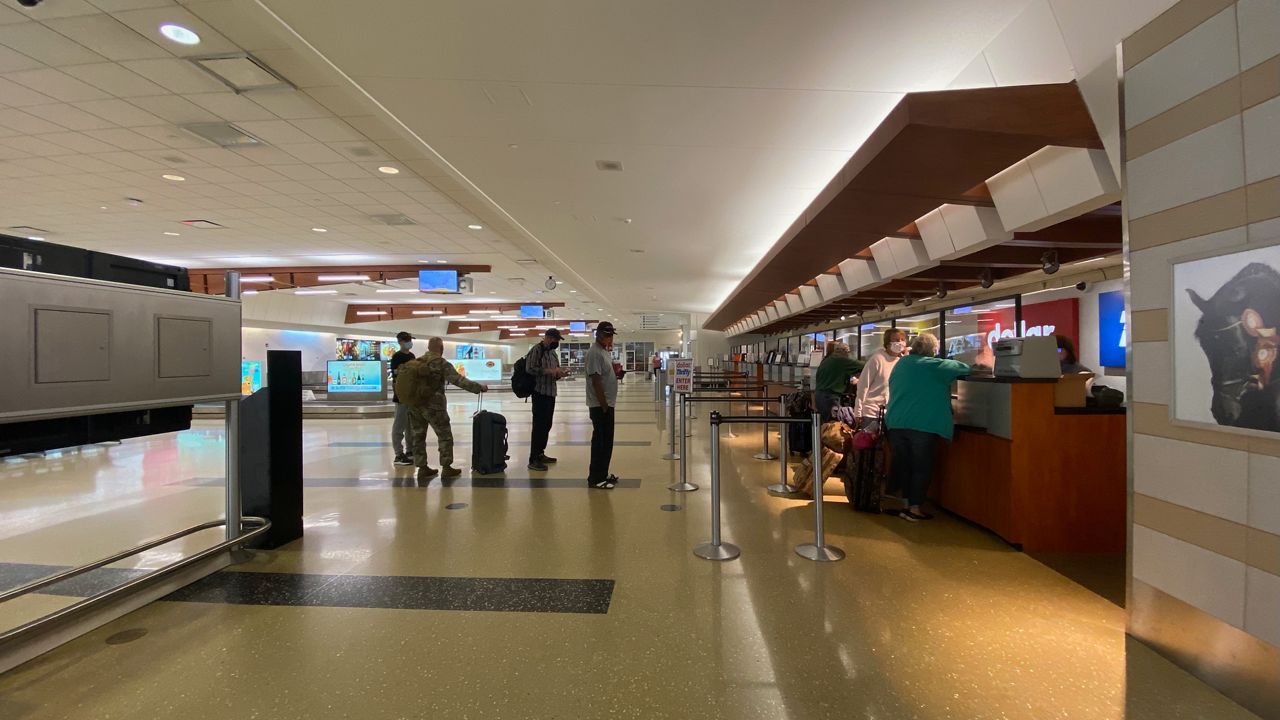 Some in the travel industry are encouraging people to book rental cars early due to what's been called a "massive shortage" in inventory. (Spectrum News 1/Erin Kelly)

Hitting the road this summer? You may want to get a head start on booking your rental car

LOUISVILLE, Ky. — If you need a rental car in the next few months, you may want to book it early, and you could see higher rates, due in part to what some are calling a “massive shortage” in inventory.

Laurence McGrath of New York said he had waited more than an hour for one.

"We’re still not at the desk yet," he told Spectrum News as he stood in line.

No travelers said they had any trouble finding a car to rent at the airport Thursday.

Rental car companies there have not encountered major issues, according to Natalie Chaudoin, director of public relations with the Louisville Regional Airport Authority.

"They are being very cautious to mitigate any issues with their reservation system, so for example, they’re only going to take a limited number of reservations to match their available inventory," she said.

According to the American Car Rental Association, the industry saw rentals at airports reduced by between 50 and 80% from the start of the pandemic to September.

Jonathan Weinberg is the head of AutoSlash.com, which tracks rental car rates.

Last year, the companies sold off many cars to survive, but then travel began to rebound this year, he said.

An online search of available rental car reservations in Louisville for this weekend showed daily rates for sedans in the $60s, but close to $100 a day for Memorial Day weekend.

Spectrum News left messages with rental car companies Hertz and Enterprise but has not yet received a response.